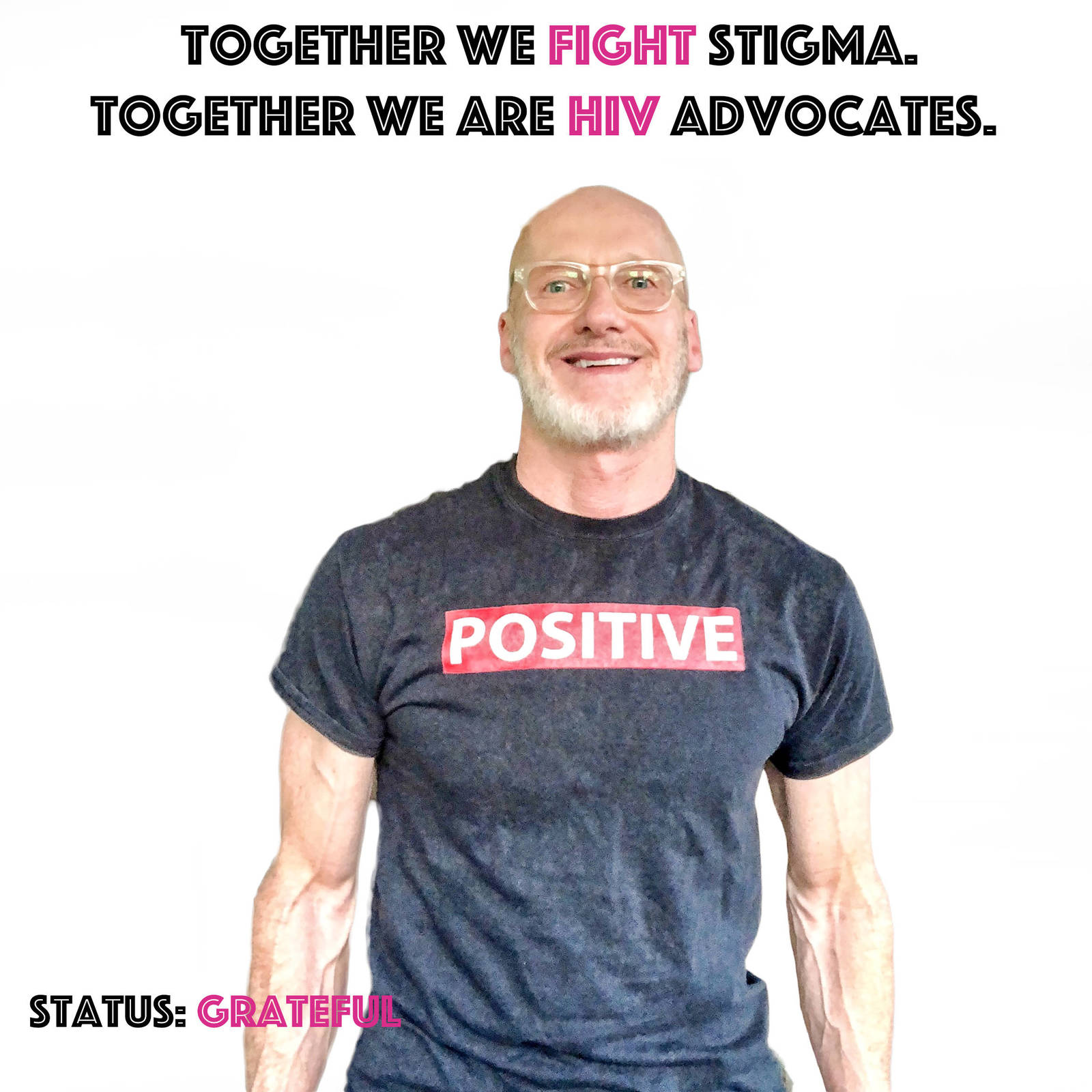 “I found out I was HIV+ in the spring of 1985, 33 years ago. It was right about the time that the first blood test for identifying the HIV virus became available. I was healthy but my boyfriend Douglas, who was positive as well, was not. He had no idea of his status until February 1985, when he came down with pneumonia. He was diagnosed with AIDS a month or so later, and 3 months after that was dead, just a few days shy of his 30th birthday. Watching the person I loved the most suffer and waste away before my eyes so quickly, well, you can imagine how difficult and painful that was. And frightening as well, always in the back of my mind while caring for Douglas that I would soon suffer the same fate. For years I lived in fear, waiting for the other shoe to drop, even though I fortunately remained asymptomatic and healthy. It wasn’t until the late 90’s that my immune system started to show signs that it was being compromised by the virus.  Luckily for me, this happened not too long after the “cocktail” became available.  I’ve been on meds and undetectable ever since. A fortunate man I am.”