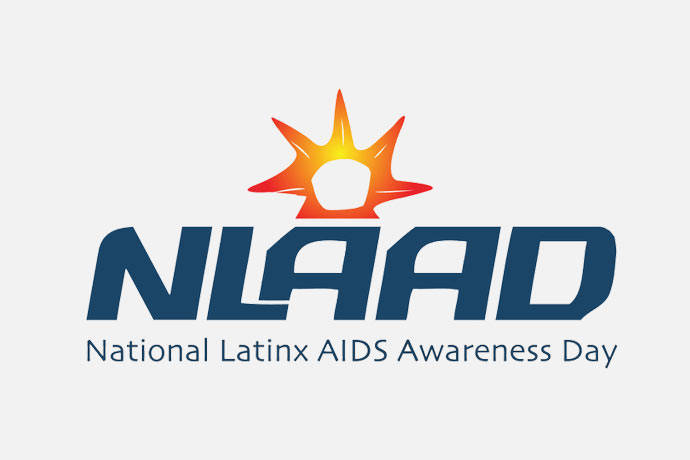 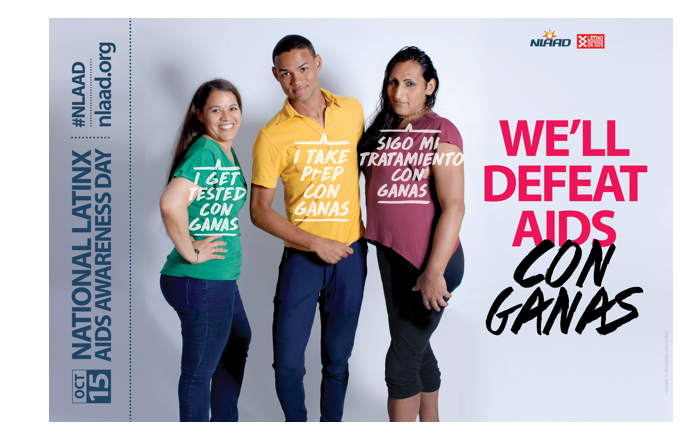 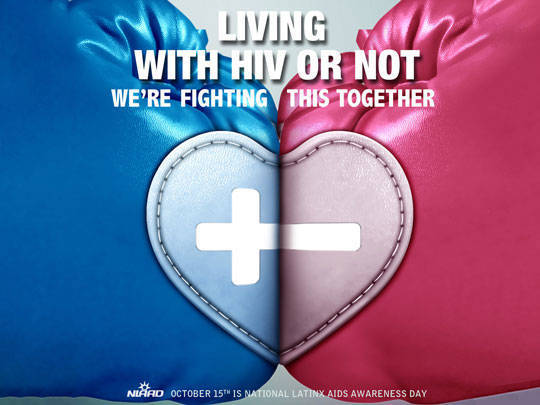 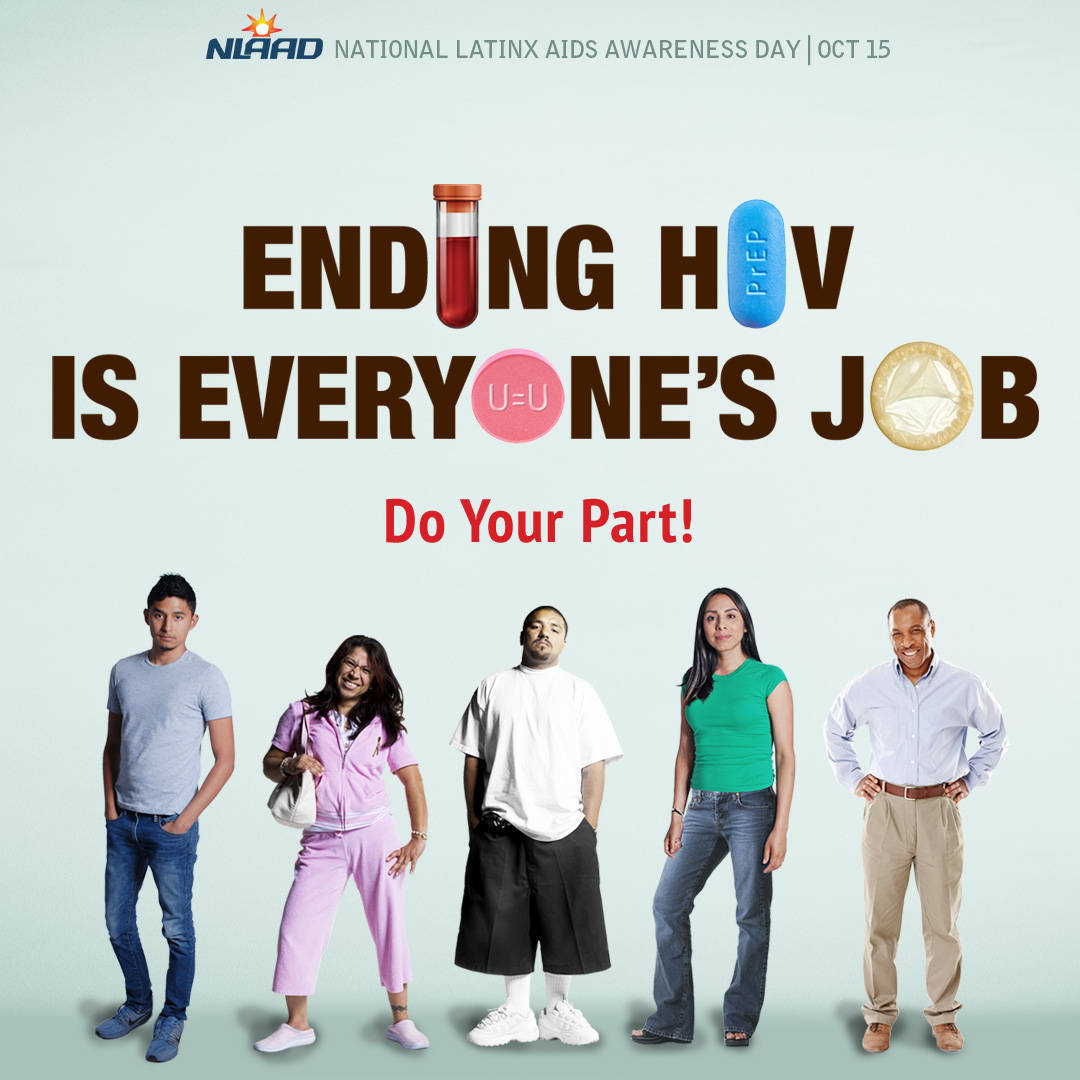 Celebrating successes in minimizing HIV transmission in certain communities is necessary to honor the work of health care professionals and bring stigma-demolishing visibility to people living with HIV. However, when overall transmission rates diminish but certain communities are experiencing a rise in rates, any celebration without an emphasis on work that still needs to be done for more afflicted groups seems not only premature but thoughtless. When it comes to HIV, there are specific risk and cultural factors that affect each individual demographic. Today, on National Latinx HIV/AIDS Awareness Day, it seems only appropriate that we focus on the Latinx community and their 14.2% increase in HIV infections over the last decade.

While other groups of people have experienced a rise in rates, none has been as drastic as the Latinx population. While Latinx people account for 18% of this country’s population, they make up 25% of the known HIV infections. When looking at the Latinx community compared to others, an obvious factor in the infection disparity is access to healthcare. According to The Office of Minority Health, 17.8% of Latinx people are not covered by any form of insurance, making them the most uninsured demographic in the United States. While a lack of healthcare would lead to less access to PrEP, having no healthcare means there is also a potential population of Latinx people who unknowingly have HIV, don’t go see a doctor, and spread the virus. Furthermore, uninsured Latinx people who don’t get tested and contract any STI put themselves at a higher risk of getting HIV from a detectable partner due to an already impaired sexual health status.

A factor that cannot be ignored in this equation is the language barrier that the 29.8% of Latinx people who are not fluent in English face when it comes to healthcare. Depending on the area in which they live, having multi-lingual or specifically Spanish language resources on sexual health, needle sharing, PrEP, or HIV medication may not be available.

But transmission rates don’t just drop because people get on PrEP or have access to needle sharing programs. They drop when those factors work in conjunction with PLHIV obtaining undetectable viral loads. Medications and appointments necessary to make a person undetectable, and keep them there, are expensive even with insurance. Having a private or public plan does make a large difference. 49% of Latinx people have private insurance (compared to 75.4% of white people) assuring that, while the costs can still be astronomical, they would hopefully pay less out of pocket than the 38.2% of Latinx people on public insurance plans, like Medicaid. A point to distinguish about Medicaid is that coverage can vary based on the state. In certain cases, a person with HIV may not qualify for treatment unless their virus evolves into AIDS; a maddeningly nonsensical and cruel stipulation to make.

When we discuss healthcare and HIV, we often neglect bringing up the added expenses and risks inherent in having a compromised immune system. Illnesses that could be easily cured or suppressed for non-infected people can cause larger issues for PLHIV. They need access to sufficient healthcare so that a minor illness doesn’t have the chance to become a fatal situation.  HIV+ Latinx people with little or no healthcare coverage have a higher risk of dying due to complications involving the combination of their virus and another condition.

Each version of these expenses, with or without insurance, is only affordable if you have a constant, substantial, flow of income. This is statistically less likely for Latinx people living in the United States, seeing as full-time, yearlong workers make approximately 25% less than their white counterparts. With 19.4% of Latinx people also living at or below the poverty line, affording HIV treatment or prevention medication out of pocket is not a reasonably attained goal.

When you truly delve into the specific statistics on demographics within the extremely diverse Latinx community, one set of figures is particularly alarming. In the last decade, HIV transmission rates in Latinx people aged 25-34 (a group comprised mostly of millennials) have risen 55.6%. That figure is the largest percentage spike in transmissions within an individual demographic that I could find.

So, what can we do? Donating money to HIV awareness and prevention organizations is essential. Without necessary funds, these programs cannot reach the communities that need them in order to accomplish lower transmission rates, healthier PLHIV, and the decimation of stigma. However, might I suggest that we all throw some resources to programs that are aiming specifically at underserved communities within underserved communities; a charitable “Inception”. The Latino Commission on AIDS is the organization that is sponsoring National Latinx HIV/AIDS Awareness Day this year and a donation to their organization ensures that resources and information get to people in the Latinx community who need them.

If you cannot donate money but want to do something to combat the spread of HIV and support the Latinx community, please exercise your civic duty and vote for officials who will prioritize the quality of life, healthcare, and economic prosperity of minority communities. It is an understatement to say that the political environment in which we exist is unkind to immigrant and Latinx communities. Many of the factors stated earlier that lead to higher HIV transmission rates are completely within the jurisdiction of both locally and federally elected officials. We are long past due for demanding more from our representatives on this issue. If we are to succeed in lowering transmission rates for everyone, it is going to require a more varied approach. Not everyone has identical experiences with transmitting or preventing HIV, and to assume so is to sentence those with differing experiences to a compromised fate. For the sake of the Latinx community, and every minority community, let’s be concerted in making our efforts more inclusive.