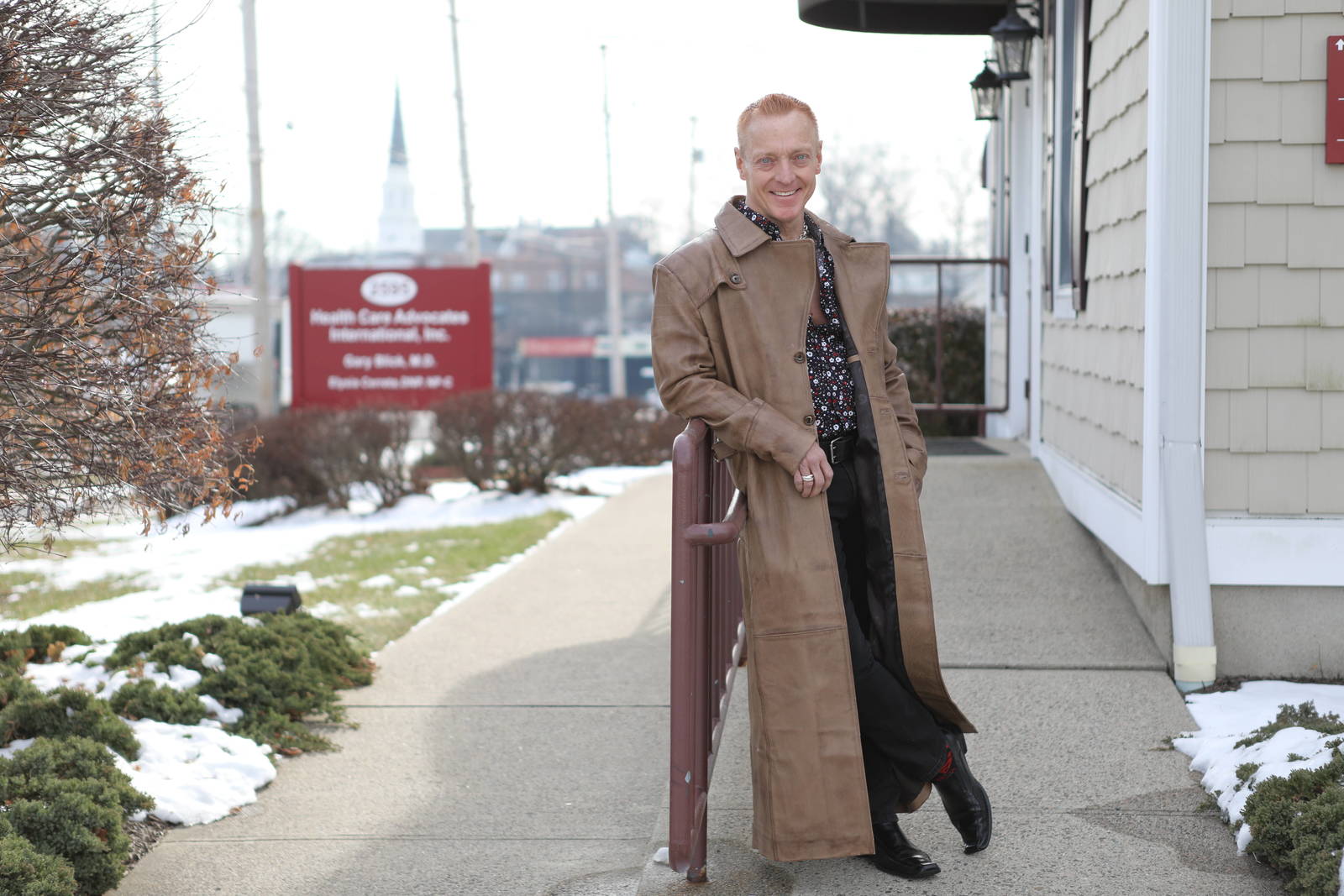 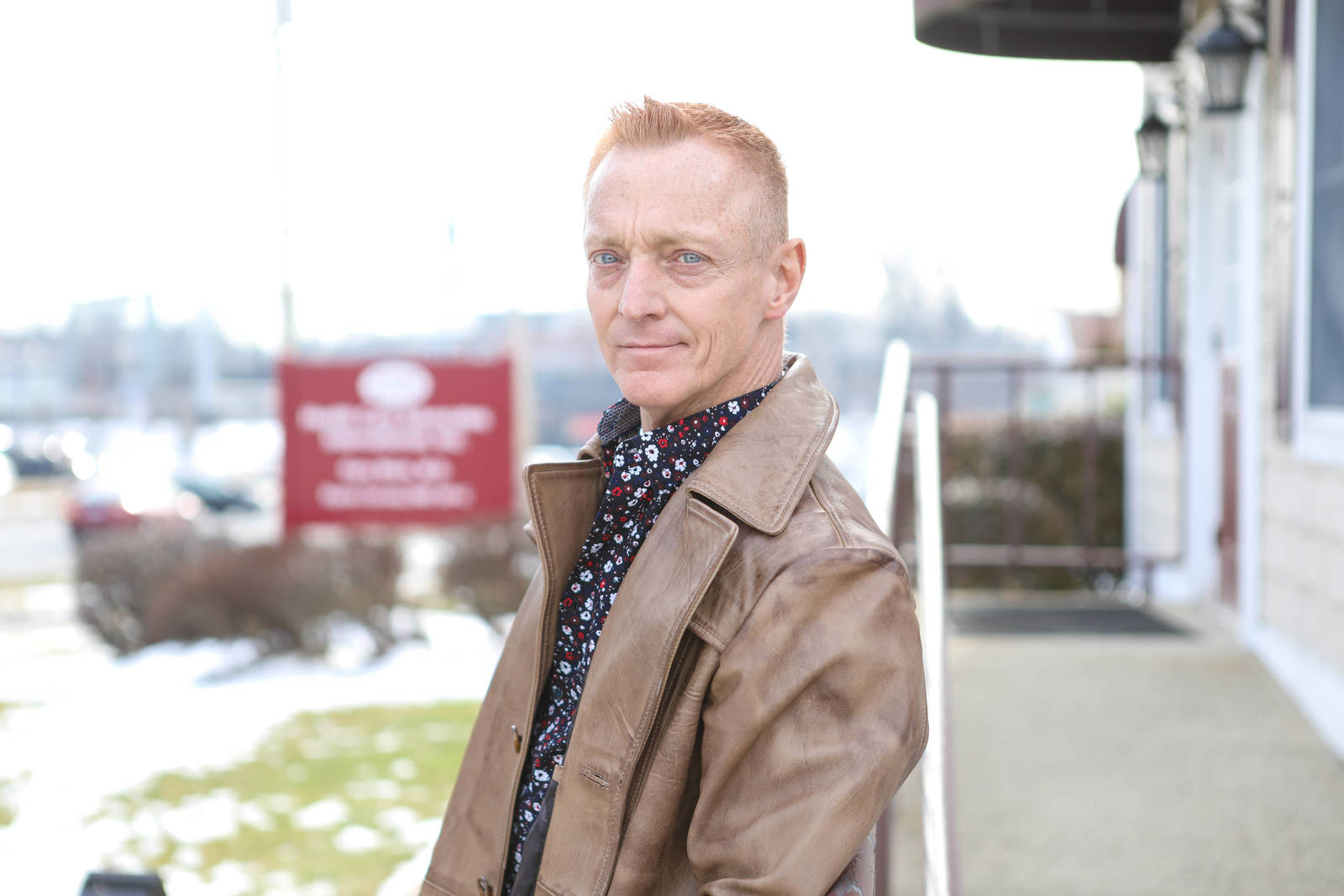 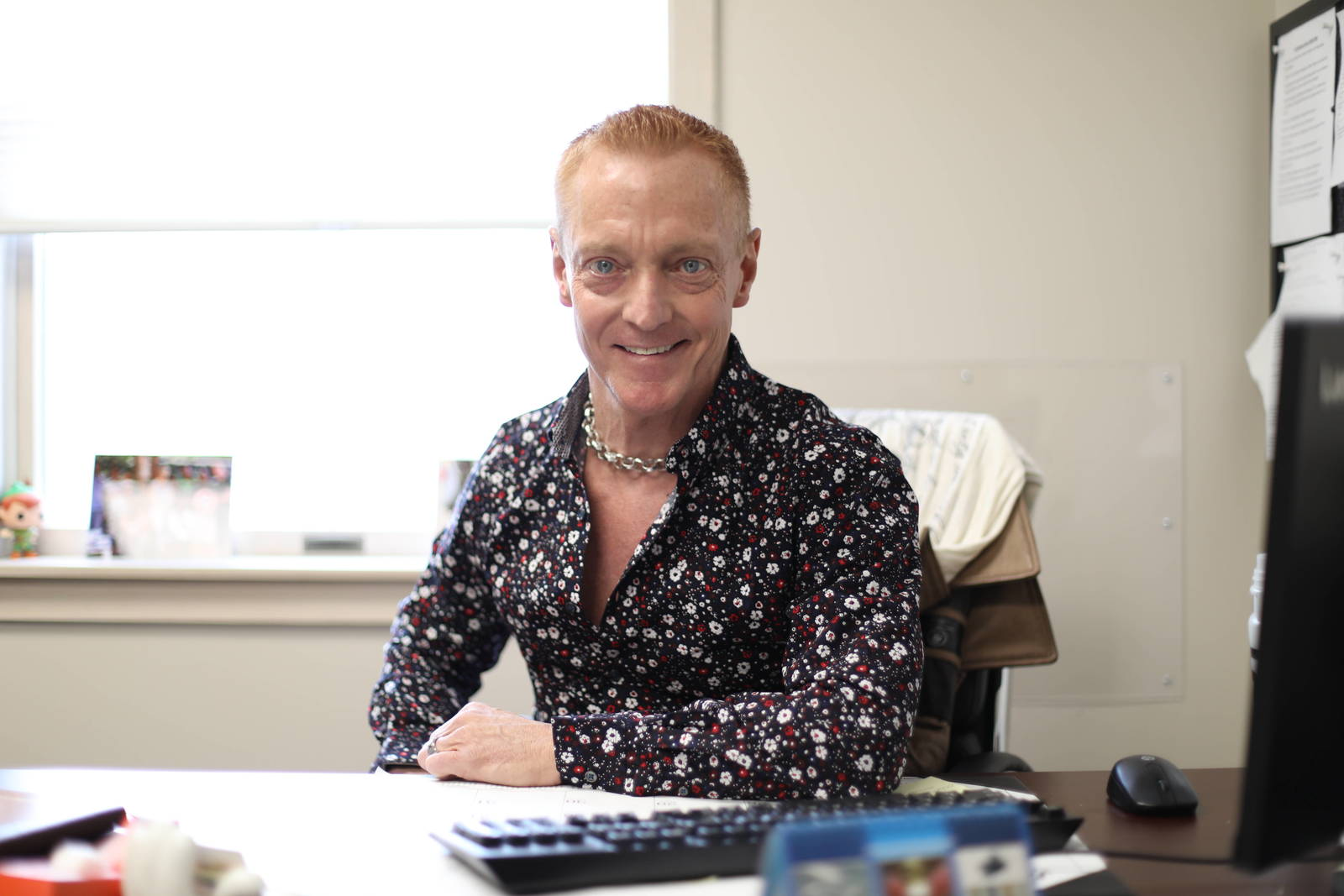 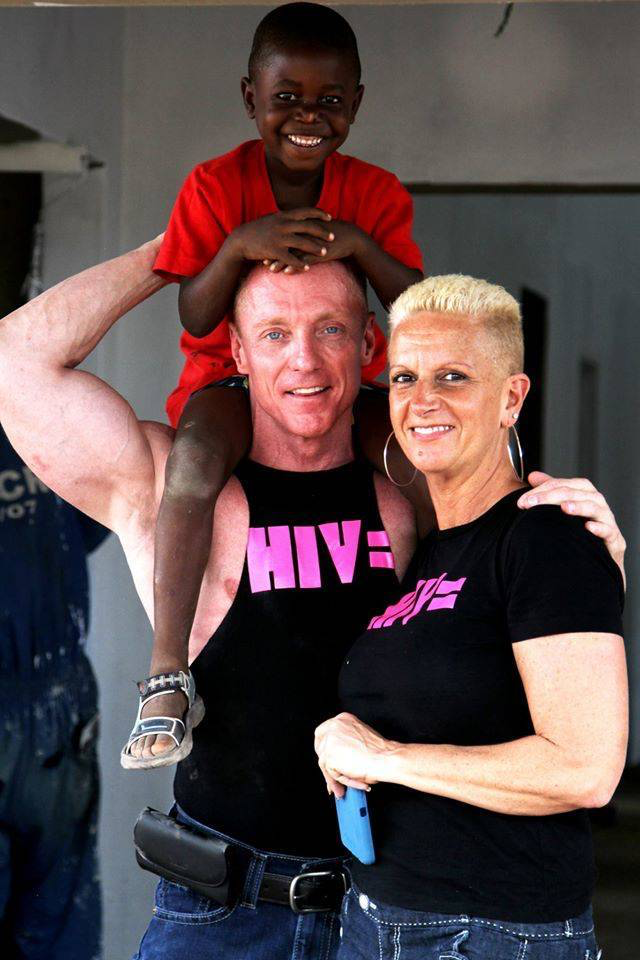 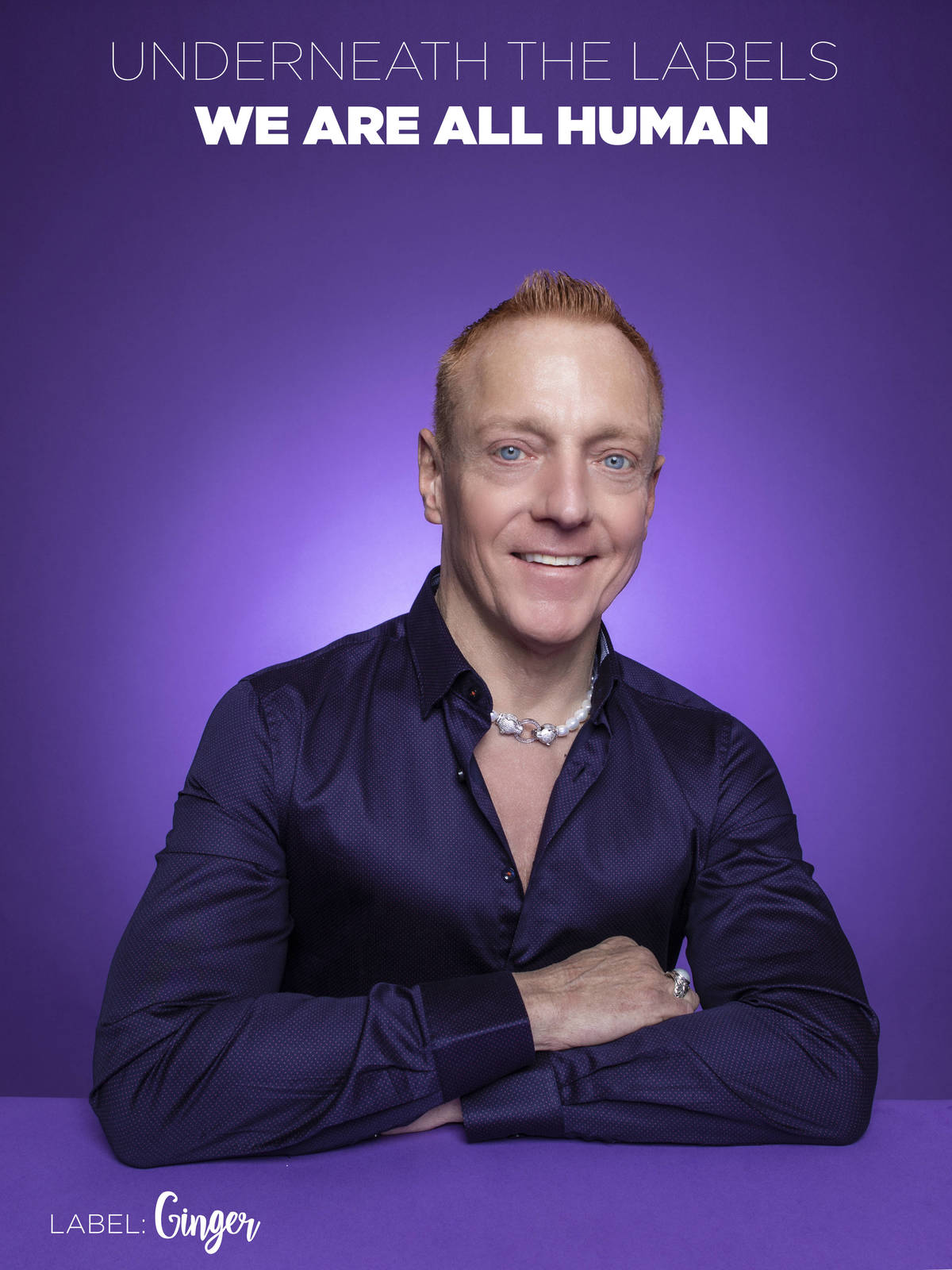 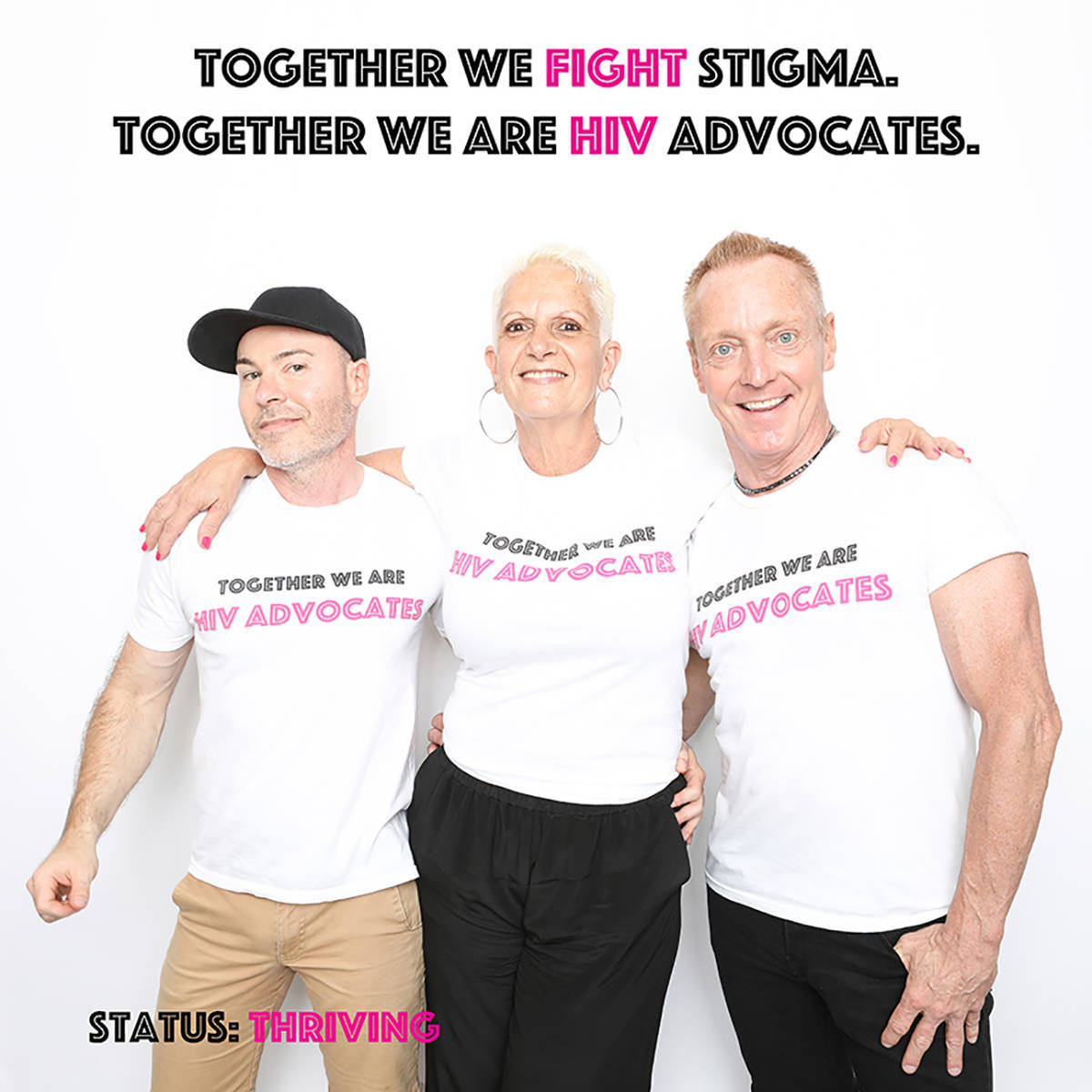 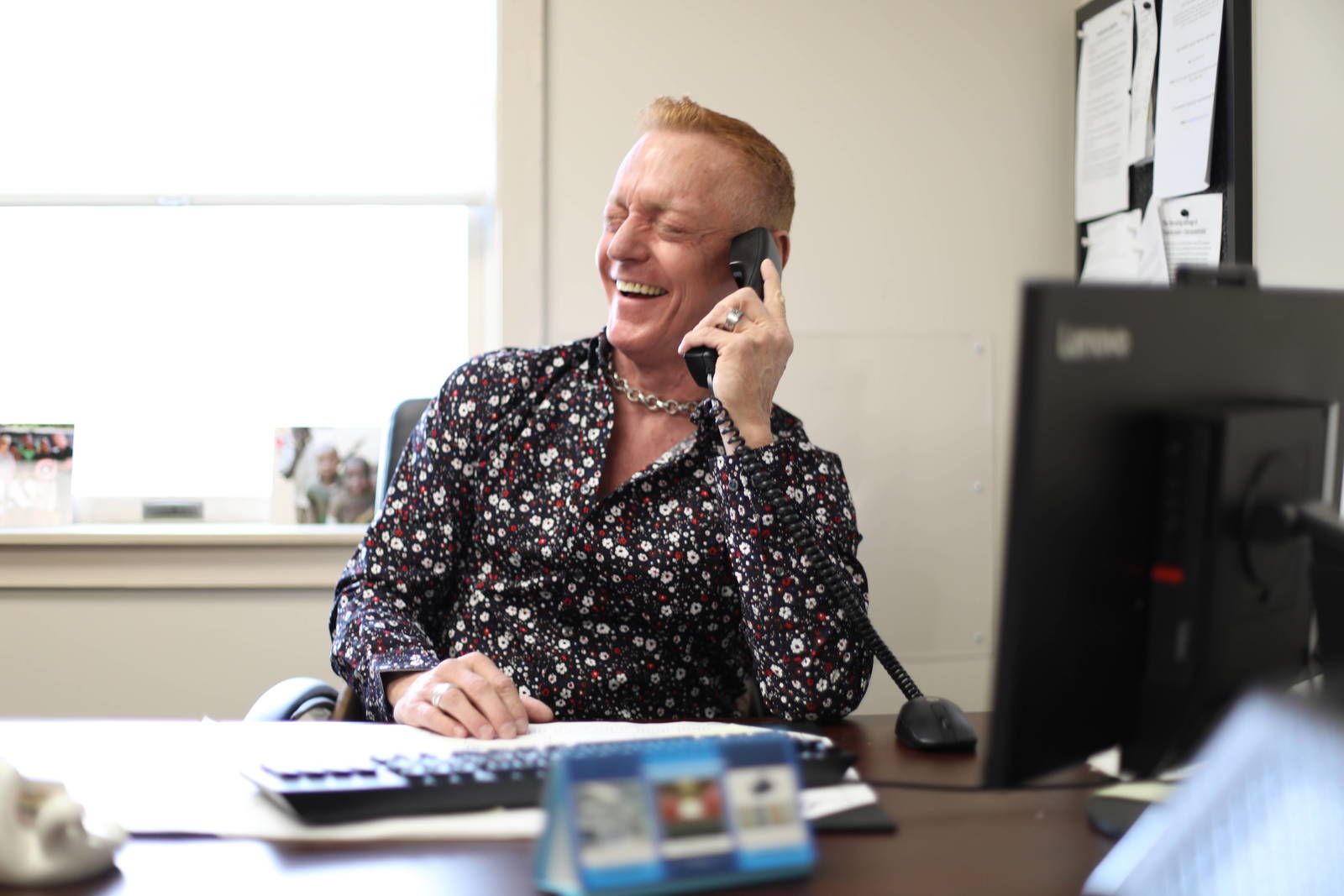 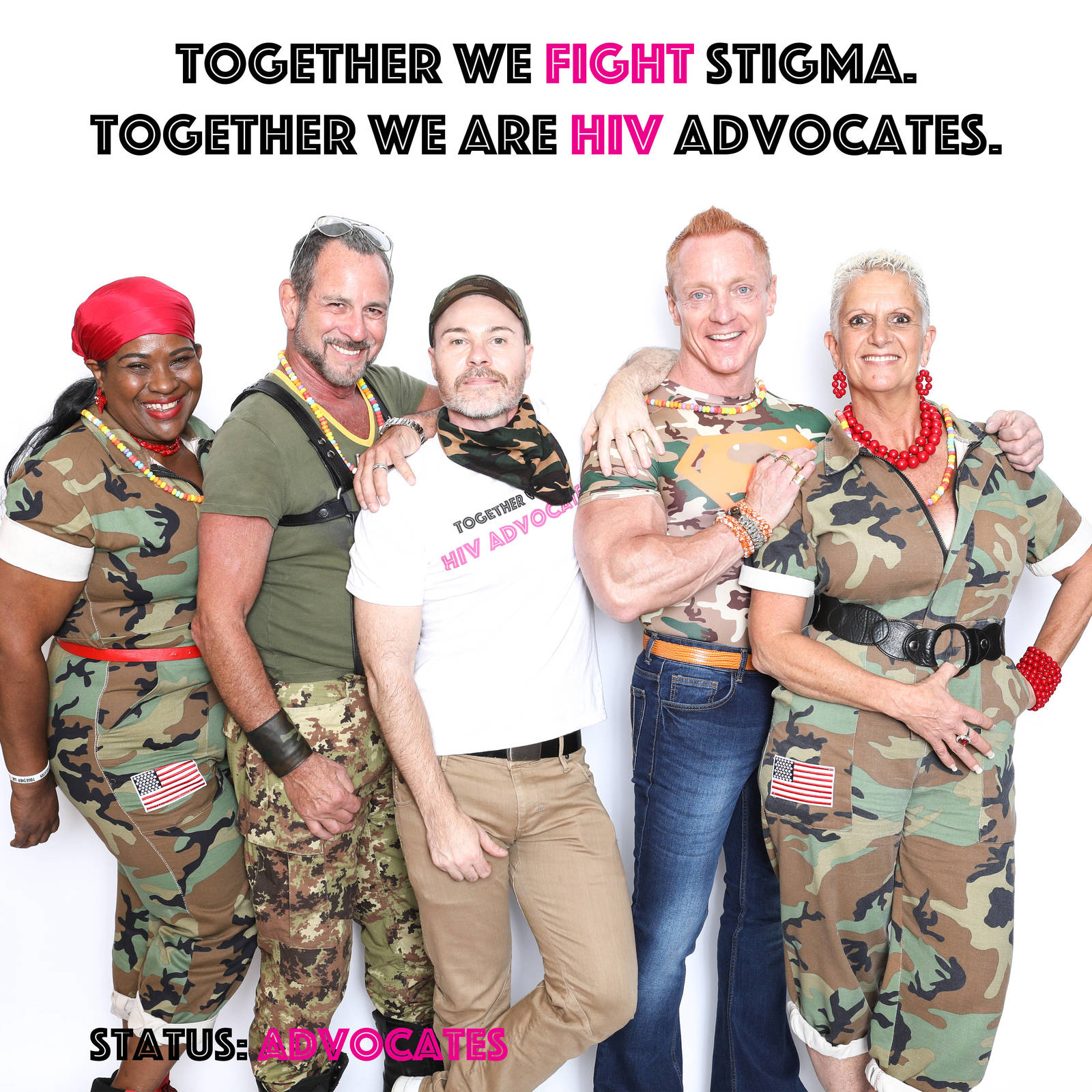 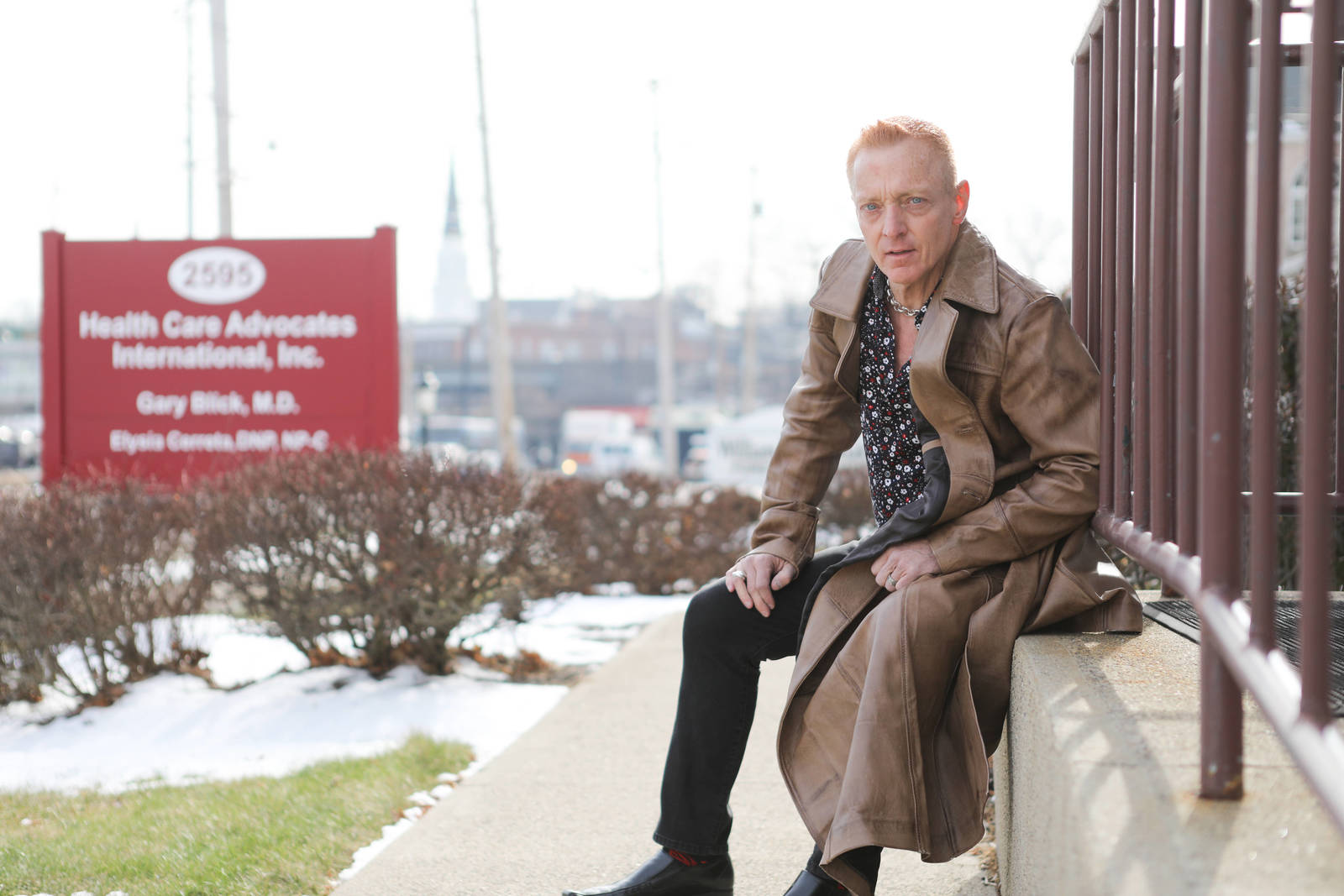 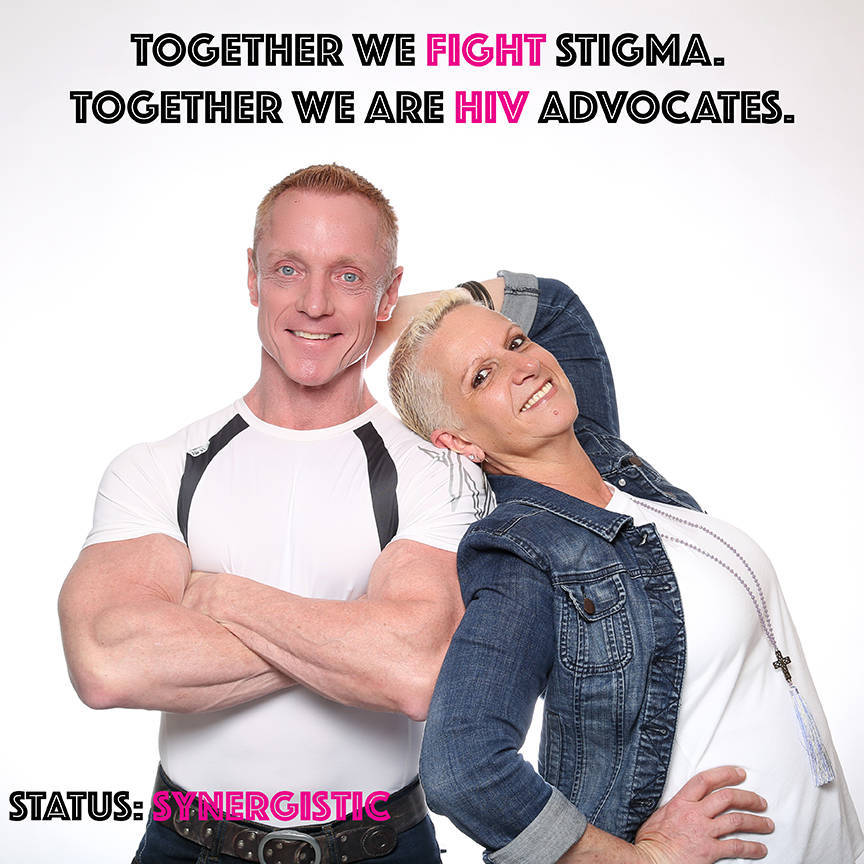 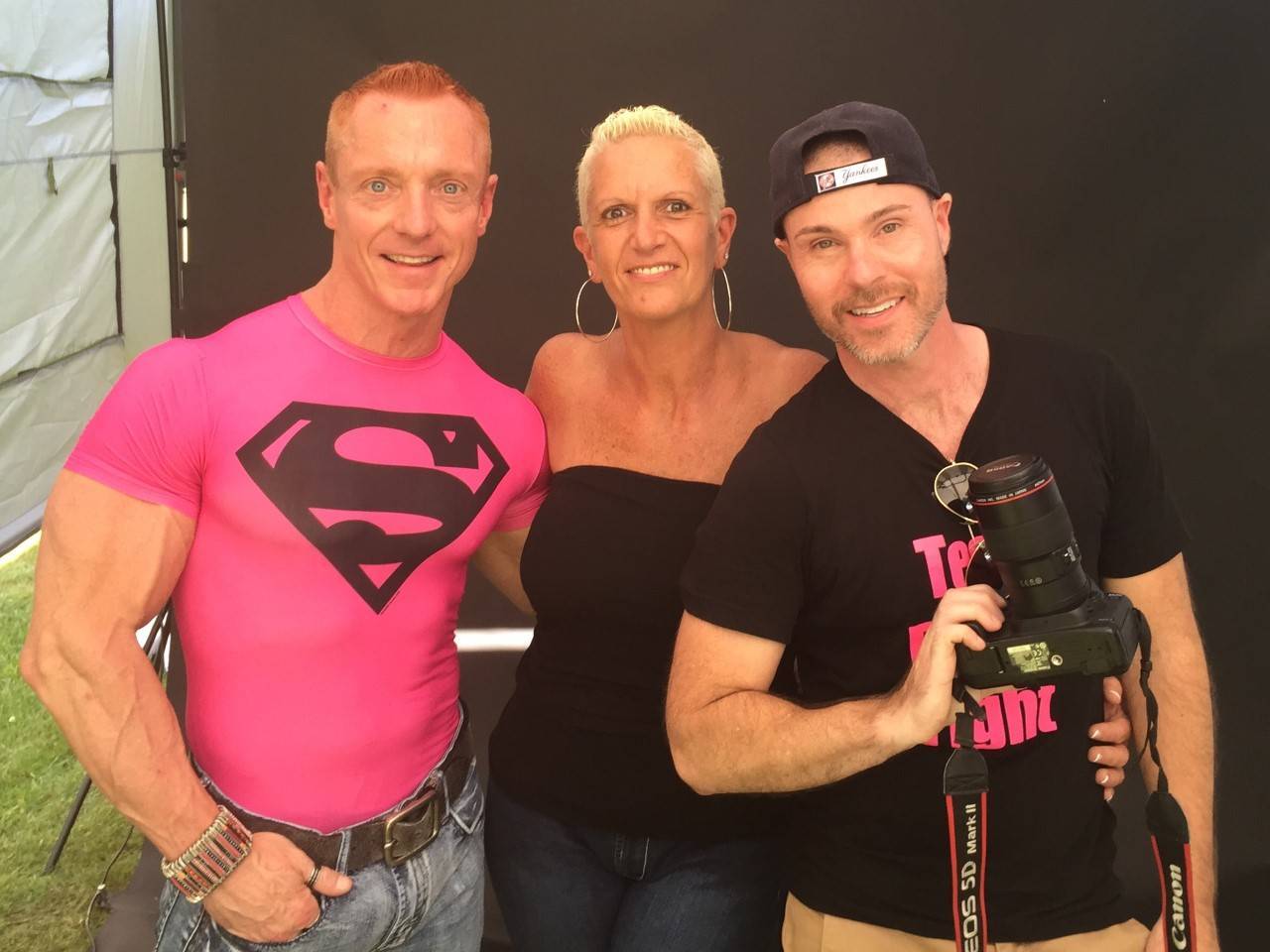 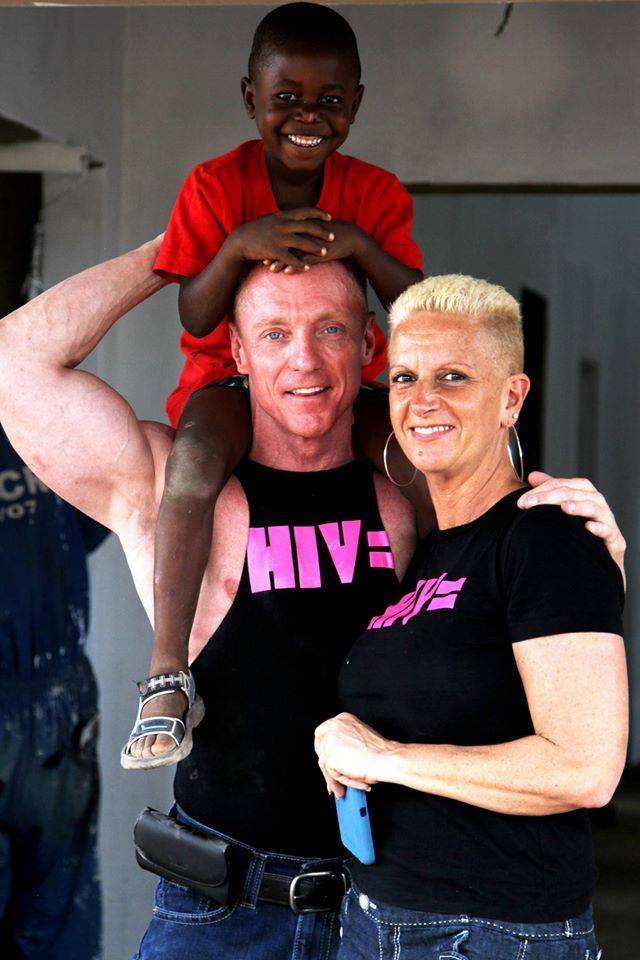 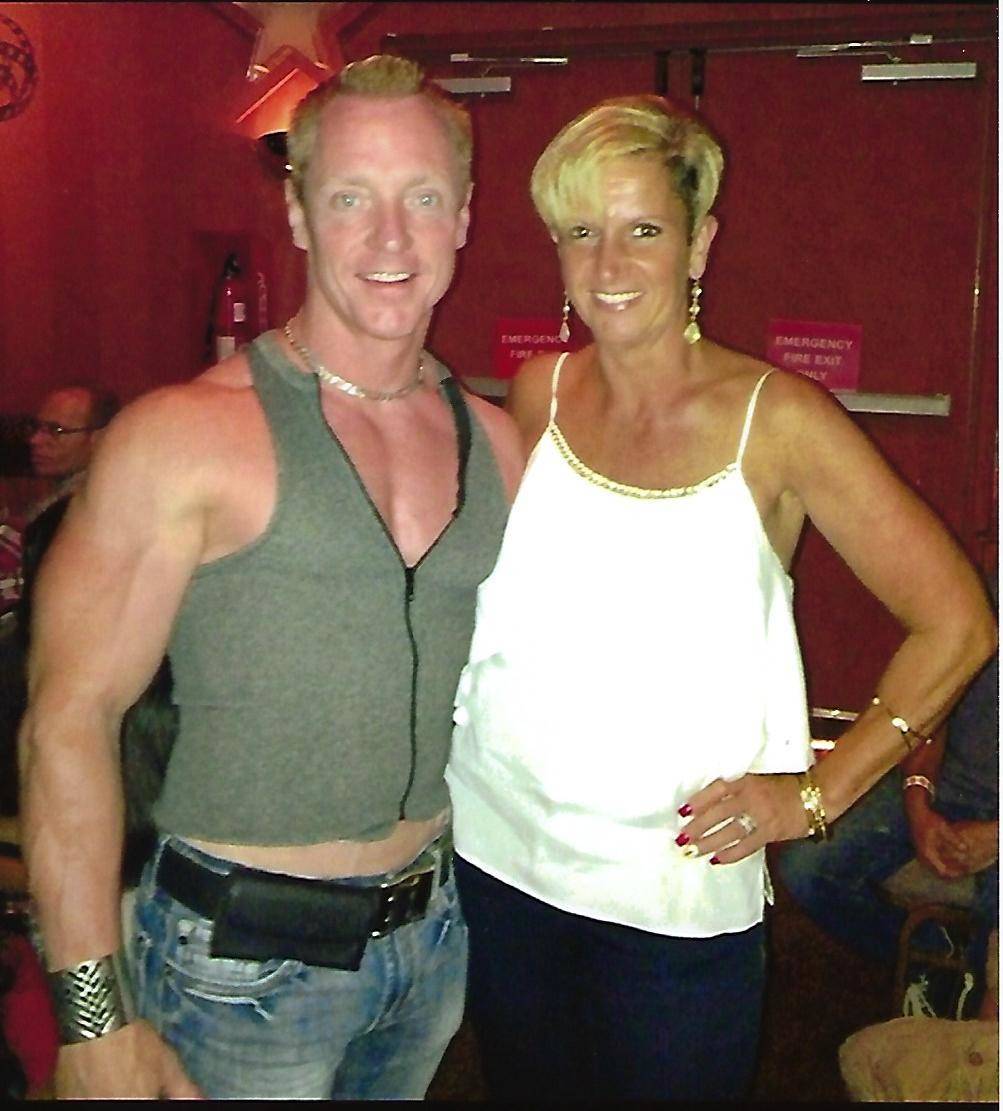 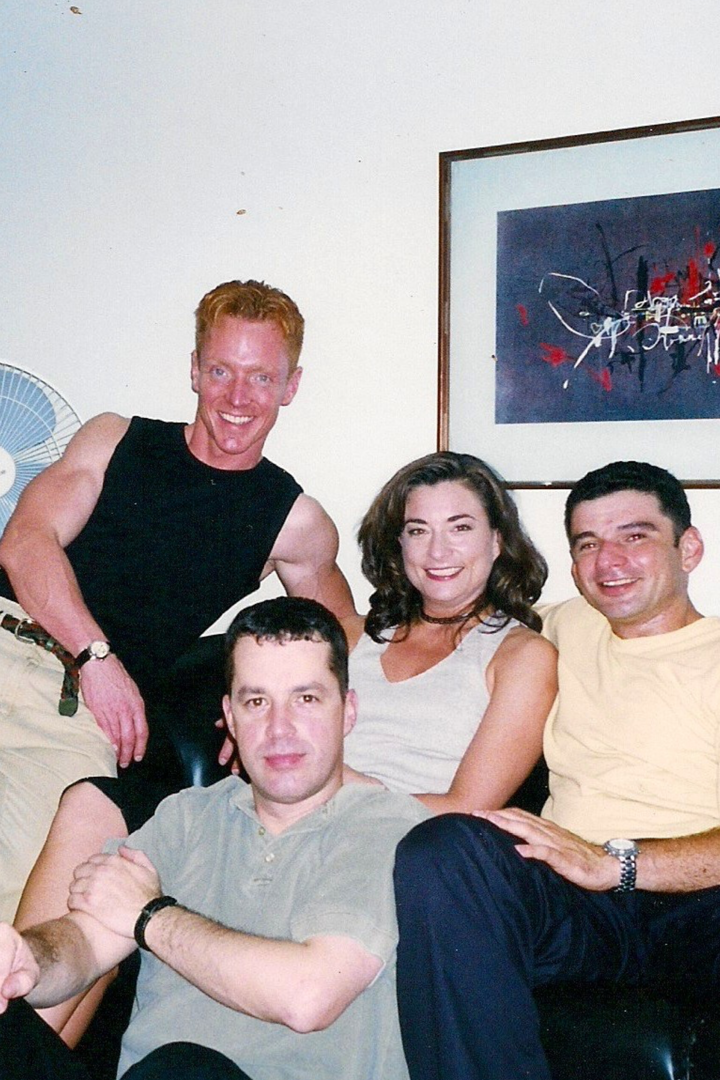 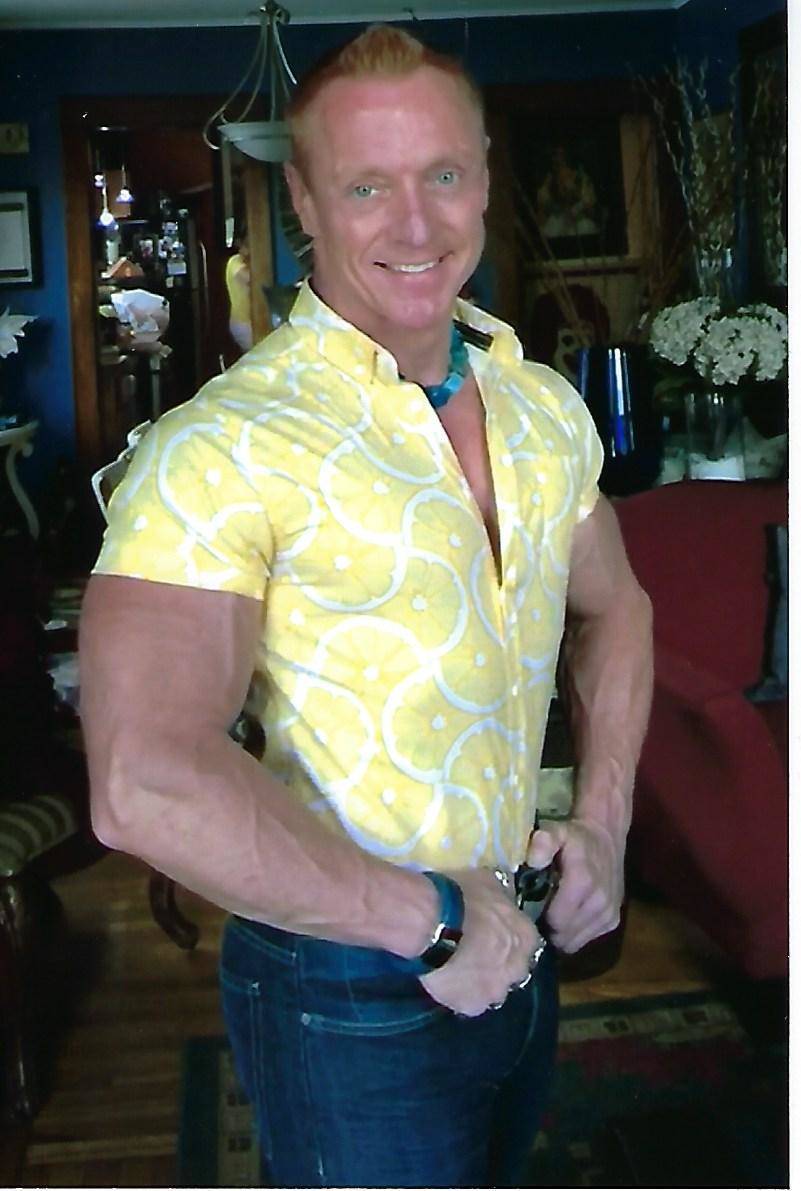 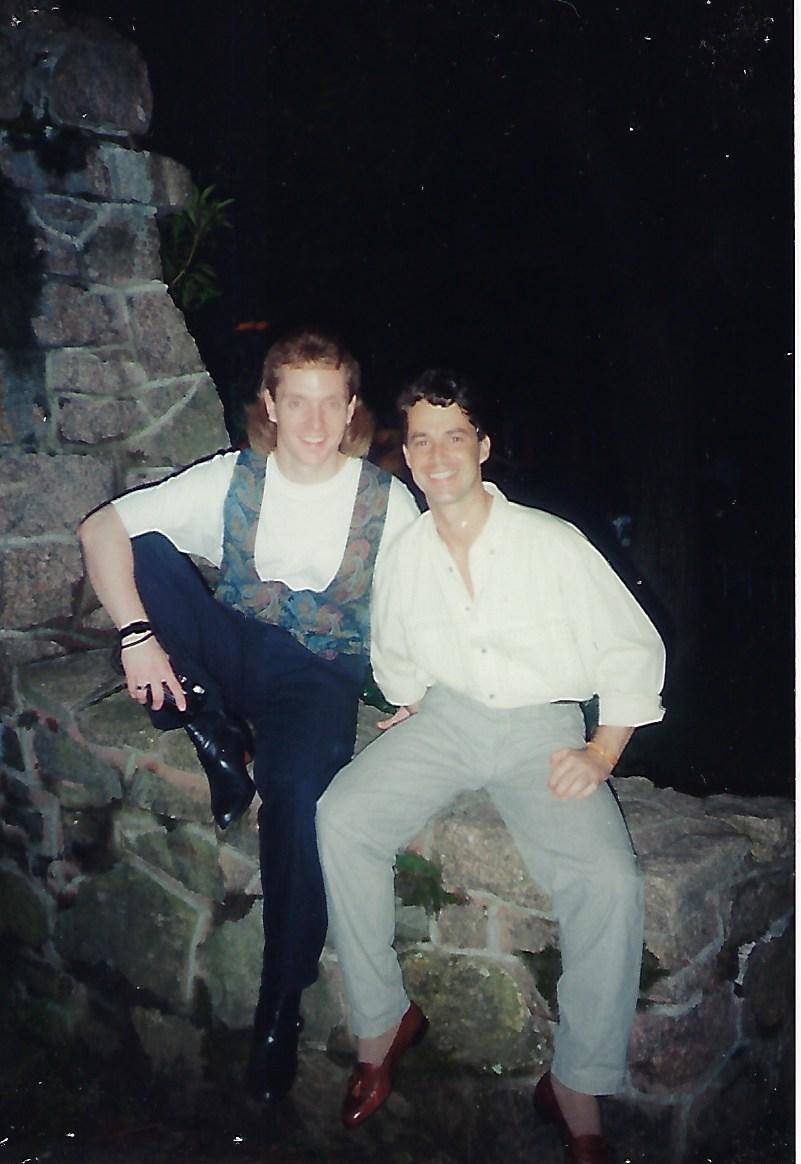 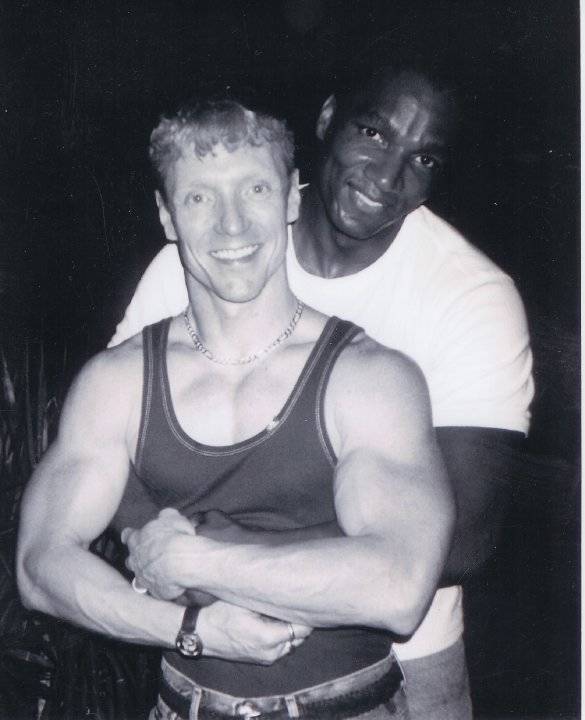 To Be Saved and Save in Return: Lenny Courtemanche

In July of 1992, on a whim, a 30-year-old Lenny Courtemanche got tested for HIV/AIDS. His partner at the time, who was trying to obtain a green card, was required to get formally tested. The United States Citizenship and Immigration Services found a positive diagnosis to be disqualifying making this procedure both mandatory and crucial. Having been together and monogamous for years, Lenny wasn’t concerned for his partner’s status, and decided to get tested himself for good measure. “We’d been together for five years, I was healthy as a horse…‘What have I got to worry about?’”

Both men went back to their respective doctors to receive their results on the same day. Lenny, alone in a women’s health clinic, was informed he had tested positively. After pamphlets were administered and information spewed out to him, Lenny, grief-stricken and in panic, called home. His partner answered, having gotten home early from his own doctor’s appointment. Lenny’s partner had tested negatively. “I said, ‘Thank God.’ And he said, ‘Why? How was yours?’ I had a break in my voice. I didn’t say anything. He just said, ‘Come home.’”

Lenny didn’t make his diagnosis known. He barely told any of his family or friends. Given attitudes surrounding a positive diagnosis at the time, Lenny was terrified of having the ugly face of stigma turn his way. He recalled all too well the beginning of the crisis. Lenny remembers the packed gay bars in New Haven he would frequent as a freshly “out” 18-year-old. “I would never go home with anyone I wasn’t in love with. I just happened to fall in love every night.” But those days were brief for him and the community. As news of a ‘gay cancer’ spread, the number of patrons dwindled. As the community started to lose its members to rapid, painful deaths, the nightlife all but disappeared. “It was a different place. Everything changed. Everybody looked twice at everybody else. They were ostracized. That’s one of the things that ended up driving me into hiding.”

With a criminally minimal support system at his disposal, Lenny turned to an AIDS support group; one he describes like Alcoholics Anonymous where they had the mantra “Who we see here, what we say here, when we leave here, let it stay here.” Members of this support group more than once recommended he see Dr. Gary Blick for his treatment, a highly acclaimed specialist and a man with whom Lenny remains connected to this day.

Lenny made it very clear to Dr. Blick that he was not interested in taking azidothymidine (AZT), the medication generally prescribed to patients with HIV/AIDS. The side effects of the drug, as it existed in 1992, were not worth it to him. It was known to offset facial fat and redeposit it in a patient’s torso, often resulting in a gaunt, sickly facial appearance and a “tortoise shell” stomach. “The physical side effects were like writing ‘AIDS’ across your forehead.” Dr. Blick agreed to keep Lenny off medication as long as they continued to monitor his blood work and he stayed healthy.

Now, twenty-eight years later, every moment of that initial consultation remains important enough to Lenny that he is able to recall each vivid detail with the clarity as if it happened yesterday. So vivid, in fact, that tears flood his crystal blue eyes as he reminisces about Steven, Dr. Blick’s PA. Steven was the first person to greet Lenny as he entered the office on that inaugural visit. “Big, tall, gorgeous, blonde guy. When I came in, he came up to me - probably with the same tears in his eyes like I have right now – and he said, ‘You’re gonna be okay. It’s gonna be fine. Everything is going to be fine.’ And I believed him.” Unfortunately, Steven, who was also positive, would die from the disease some years later.

Lenny remained healthy off of medication from 1992 until 2010. Achieving sustainable health for eighteen years with an AIDS diagnosis and no medication is no small feat. In that span of eighteen years, Lenny got a degree in clinical nutrition, started a gym which he remained with for six years, and even hosted a local television fitness program called “Total Body Fitness”.

However, in 2010 Lenny contracted a Campylobacter infection, a type of E. coli which emits an immunosuppressant halting the body’s ability to kill it. While these conditions might knock someone out fairly quickly, Lenny lasted for three and a half months with the symptoms by attempting to control it through extreme diet adjustments. In the summer, with his immune system obliterated, he caught a cold which quickly turned into pneumonia and was hospitalized.

Luckily, Dr. Blick and Lenny’s other physicians were able to treat him. But due to the fact that his immune system had been completely stripped, his body had no defenses against conditions it had previously learned to destroy, or at least manage. Along with having to be re-immunized against a litany of conditions, Dr. Blick made the decision at this time that Lenny would have to start taking medication. Luckily, the HIV/AIDS medications had only gotten more advanced since Lenny’s initial diagnosis. He was able to quickly attain an undetectable viral load and has maintained it for the last decade.

It is around this time that Lenny started working with Pattie McKnight, a woman who would become his best friend - who was the former president of the Ronald McDonald House Charities. He introduced Pattie to Dr. Blick after Blick had mentioned he was working toward opening up a clinic in Zimbabwe but needed help securing the financing. Pattie, Lenny, and several others ended up working together with Dr. Blick to open that clinic in Victoria Falls. The clinic officially opened, to great success, in 2015 and serves women and children in Africa with HIV/AIDS.

After the clinic opened, Dr. Blick was looking to build a new practice, Healthcare Advocates International. He wished to surround himself with a team he could trust and that was passionate about this work. He brought Pattie on as the Executive Director and asked Lenny if he, too, would come work for his practice. Lenny recalls Dr. Blick saying, “I want you to be who Steven was. I want you to be the healthy face of our practice. I want you to be out there and tell people that it’s going to be okay.” Lenny did, and continues to do just that.

Since the launch of Healthcare Advocates International on January 16, 2017, Lenny Courtemanche has served as Director of Prevention, Outreach, and Advocacy. As one of Lenny’s many duties, he is responsible for finding organizations that serve the LGBTQ+ community that have great ideas for helping people in need but don’t necessarily have the funds to accomplish those goals. Lenny then works to help them fund those ideas through a partnership with HCAI. He and the team are able to facilitate the birth of charities and organizations that are reaching out to underserved communities and saving lives, either directly through health programs or through support and enrichment programs that better the quality of life for people in need. The kind of programs and organizations that Lenny once desperately needed, not only for his health but also to attain a support system, are the exact kind of programs that he is fostering toward success now. Through his work, and the work of HCAI, others can lead the healthy, fulfilling lives they deserve.

Five years ago, when the clinic in Zimbabwe was officially opened, a huge inaugural dinner was thrown with the American Ambassador, Zimbabwe Ambassadors, the Minister of Health, and other important diplomats and health professionals in attendance. As speeches and toasts were being made, Dr. Blick spontaneously asked Lenny to get up and speak. Having not prepared any words, Lenny nervously stood and said, “I met Gary in 1992 when I was looking for a doctor to save my life…Instead, what I found was something that was going to save my soul.” Lenny continues to work, and has always worked, to create opportunities that save others as he once was saved. There is no greater gift one can give to their community.