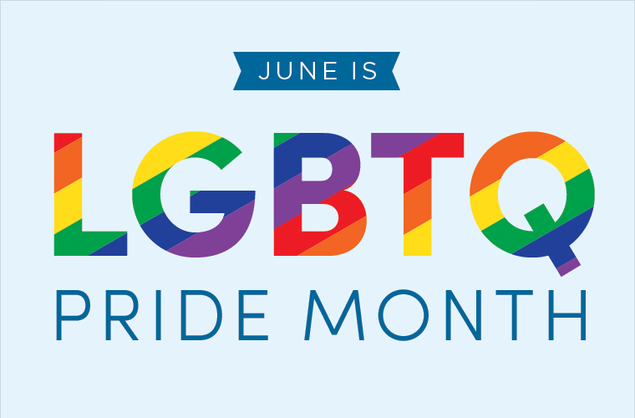 The History & Essence of PRIDE

Pride as we know it has not always been about rainbows, festivals, or even parades. Truth be told, the way Pride came about in the U.S. was birthed on the backs of LGBTQ people of color who had to endure pain, bloodshed, and hateful antics from people who were supposed to “protect and serve” our citizens.

On the early morning of June 28, 1969, the LGBTQ community in New York city did something that would ultimately change the way our community would be seen, forever. This day, Marsha P. Johnson and other LGBTQ activist began the fight toward liberation and stood up against the police by starting a riot at the Stonewall inn, a gay bar in New York City. Riots lasted a little over three days in New York City and began receiving attention all over the United States. Six Months after the riots took place two new gay activist organizations were formed in NY. A year after the riots, New York City held its first gay pride parade and festivities. Making history as the first of Gay Pride parade in the United States.

For me, Pride is more than just a parade or celebration. It’s more than parties, clubbing, and dancing in the street. It’s a chance to engage and interact with those who come from far and near, from different walks of life, but have had similar experiences such as mine. For the last two years that I have attended Pride in Houston, Texas I have been able to engage and connect with folks who have been and still are going through life changes as they have received an HIV or an AIDS Diagnosis. During the Stonewall riots and when pride first came about, HIV and AIDS were not a thing that anyone was focused on. There was no talk about this at all because it had not yet (to our knowledge) began making an impact in America. However, now we know that LGBTQ persons are among the highest at risk to contract HIV. Which is why I use the opportunity to share my experience of living with HIV at Pride.

I have been very fortunate to have a support system of friends and family that have been there to help me through the process of accepting my diagnosis and sharing my experience by accepting and loving me no matter what. However, this is not the same experience that every person who has received an HIV or AIDS diagnosis. Last year I met a young man who came over to the booth I was volunteering at for AIDS Healthcare Foundation, and as we began talking he decided to share with me his experience of living with HIV.  I could tell he was extremely hesitant and shy about the matter, seeing as to how he was only  diagnosed four months prior, I could not help but understand.

He told me how he went home to tell his mother that he was HIV positive and how she kicked him out of the house. This then seventeen-year-old young man was literally homeless living couch to couch with friends because his family was unaccepting of his diagnosis and ultimately, uneducated. He stressed how much he missed his mom and siblings and how she told him she didn’t want to put their entire family at risk of contracting HIV. He felt unwanted and undeserving of love, which is why he began to have suicidal thoughts. However, he came to Pride to hopefully find acceptance and feel the love that he longed for. Before I knew it, he was wrapped up in my arms and we both were silent as our tears did the talking. I knew I had to do something to help him. So, I offered to help him attempt to fix and get his family back.

We exchanged contact info and the next day I helped him come up with a plan to meet with his mother over dinner at a restaurant to talk. Thinking that she would not accept his invitation, we were both surprised when she decided to show up and have dinner with him. I joined to help not only mediate the conversation, but to provide the knowledge and emotional support that I knew they both would need. When she arrived, she would not hug or touch her son. She sat across from the both of us and said very little. As I began to offer the knowledge that I had acquired over the years, share my experience with my family and how my mothers support was the deciding factor of life and death for me, I could see the change in her attitude and in her heart. I shared some of the videos of a mini-documentary that my mother and I have out, and she was in tears. Seeing the love of another Black mother to her newly diagnosed son helped this mother not only have a change of heart but know that she can and should still love her son unconditionally. As we got ready to leave, his mom stood up, hugged her son, asked where his clothes and belongings were, and said, “let’s go get your stuff. You’re coming home.”

That moment changed my life forever. Due to my presence at Pride, I was able to help a young man reconnect and gain his family and their support. That same young man who was contemplating suicide, is now heading to his sophomore year in college at Texas Southern University. It’s amazing what the love and support from your family can do.

It’s been fifty years since Stonewall, and PRIDE has grown from just happening in one U.S. City, to now happening in hundreds of cities across the United States. Some cities even make Pride a series of weeklong events for the community. Now, we even have an official month dedicated to recognizing and celebrating the LGBTQ community for who we are, which takes place every June. Prides are now a place where LGBTQ persons can be themselves and not have to feel scared or afraid of being bullied or discriminated against. It’s a space where young people who have no place to go to feel accepted or loved can go and receive all of this. It’s a place where you can find healing, understanding, and even make life changing connections that can and will change your life, forever.