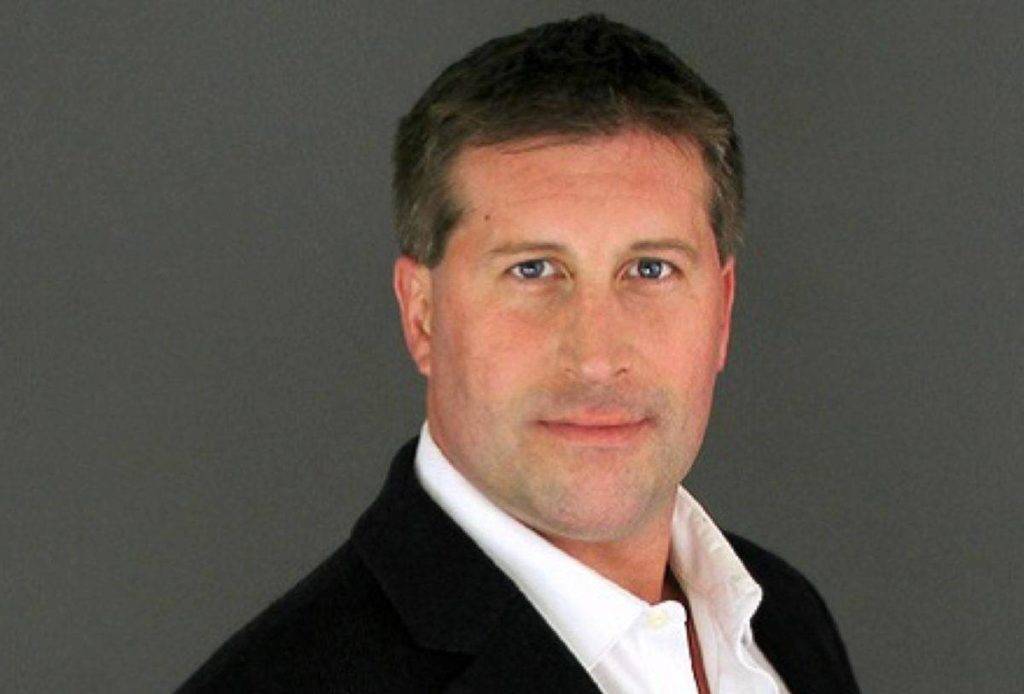 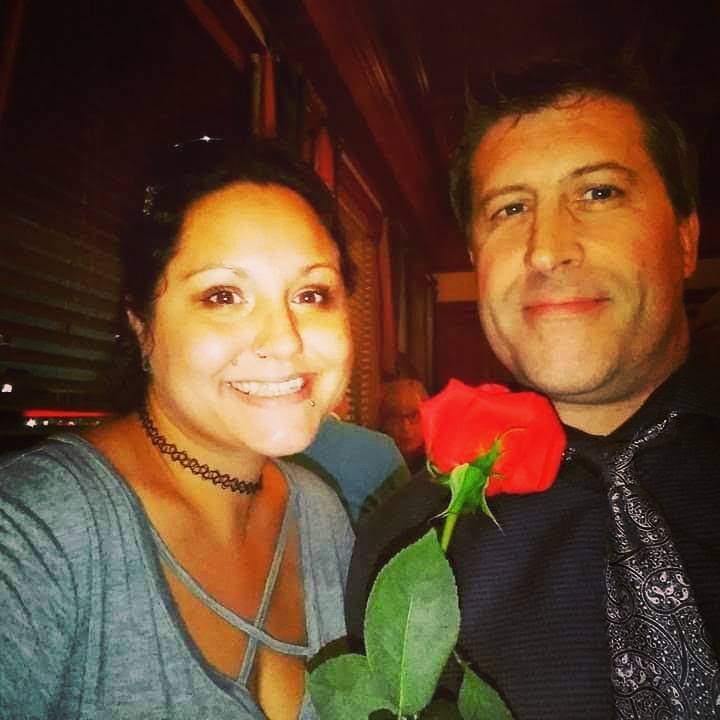 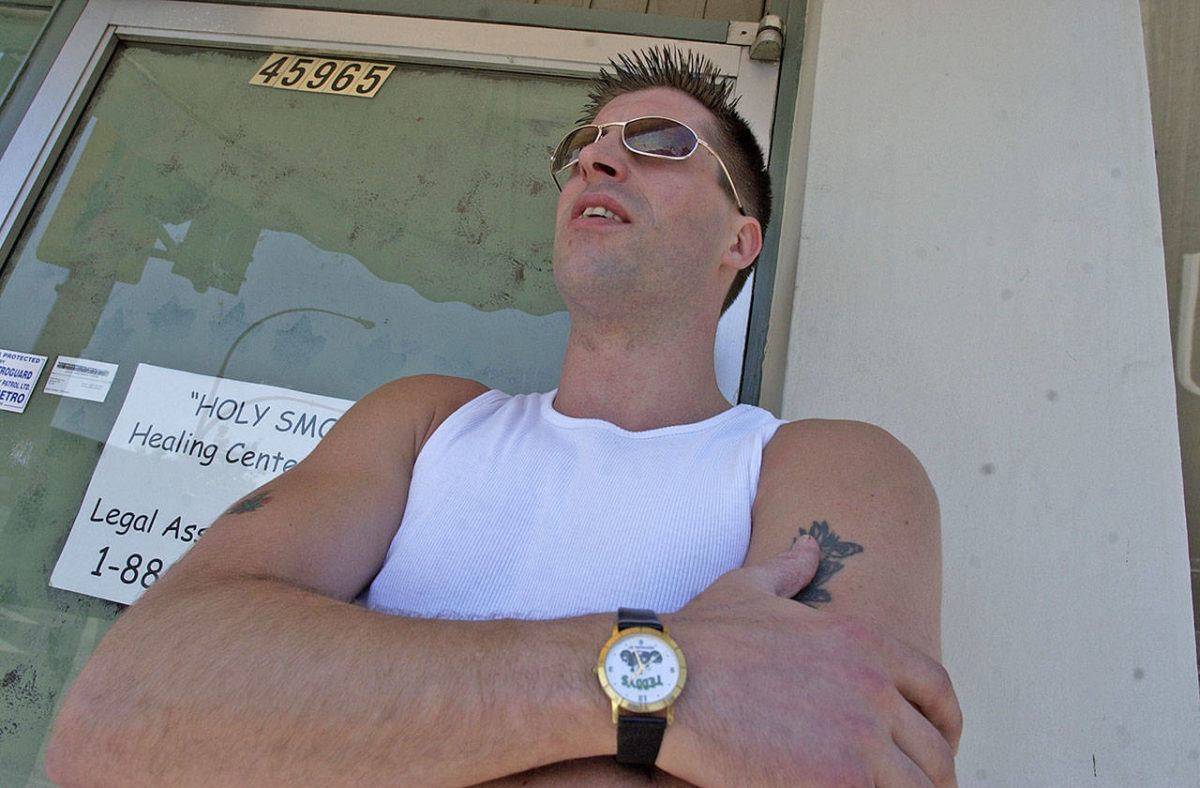 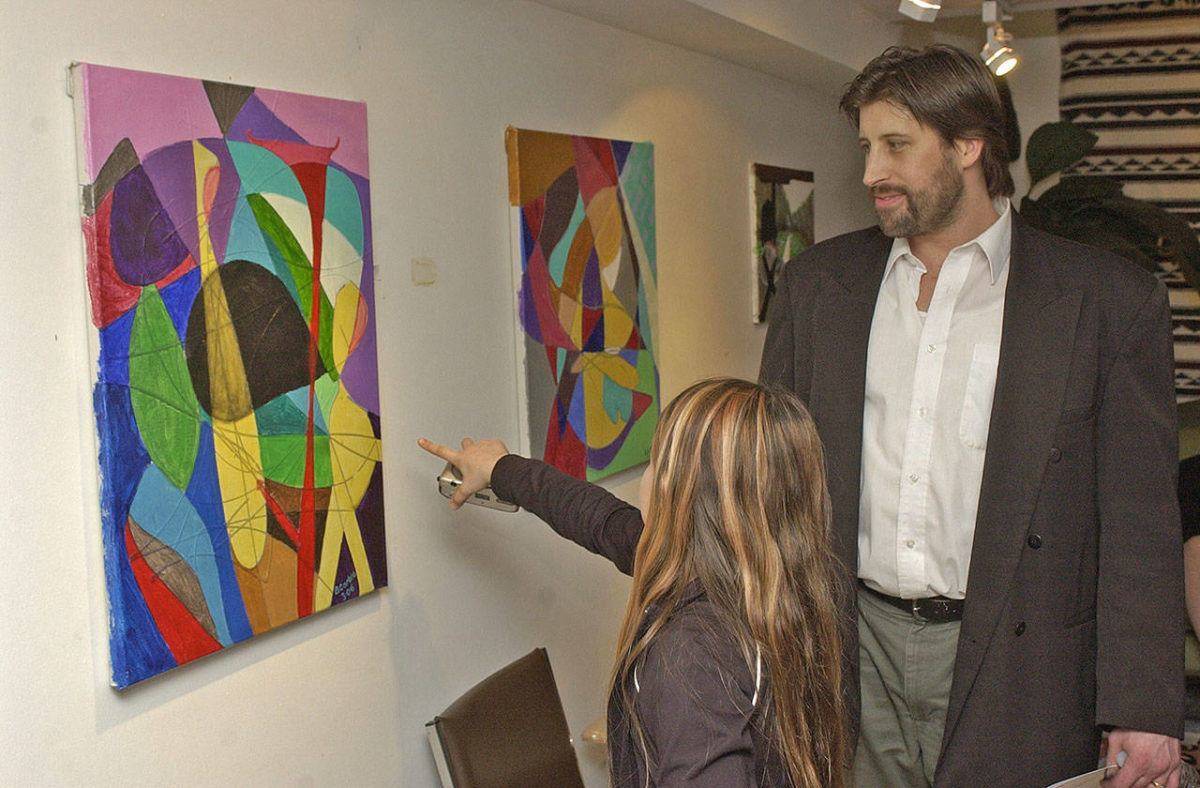 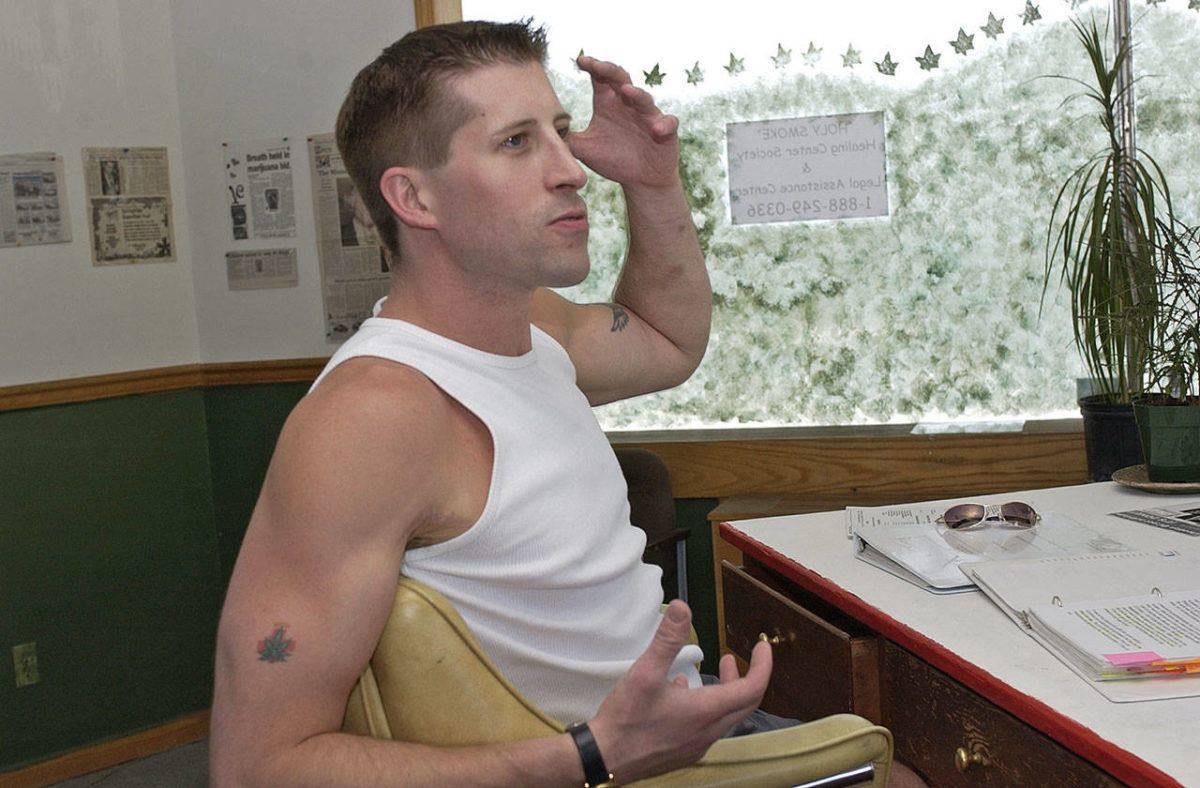 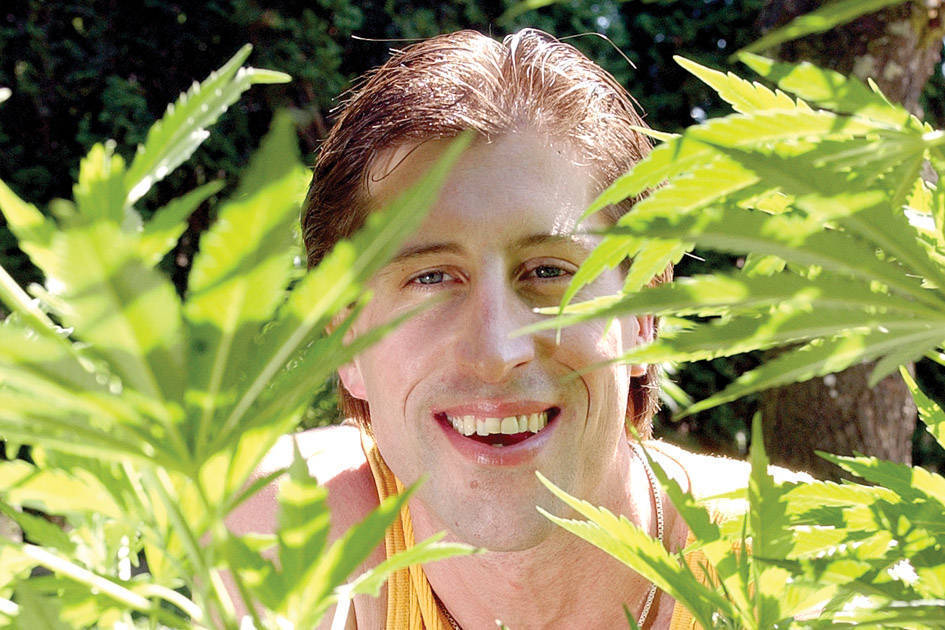 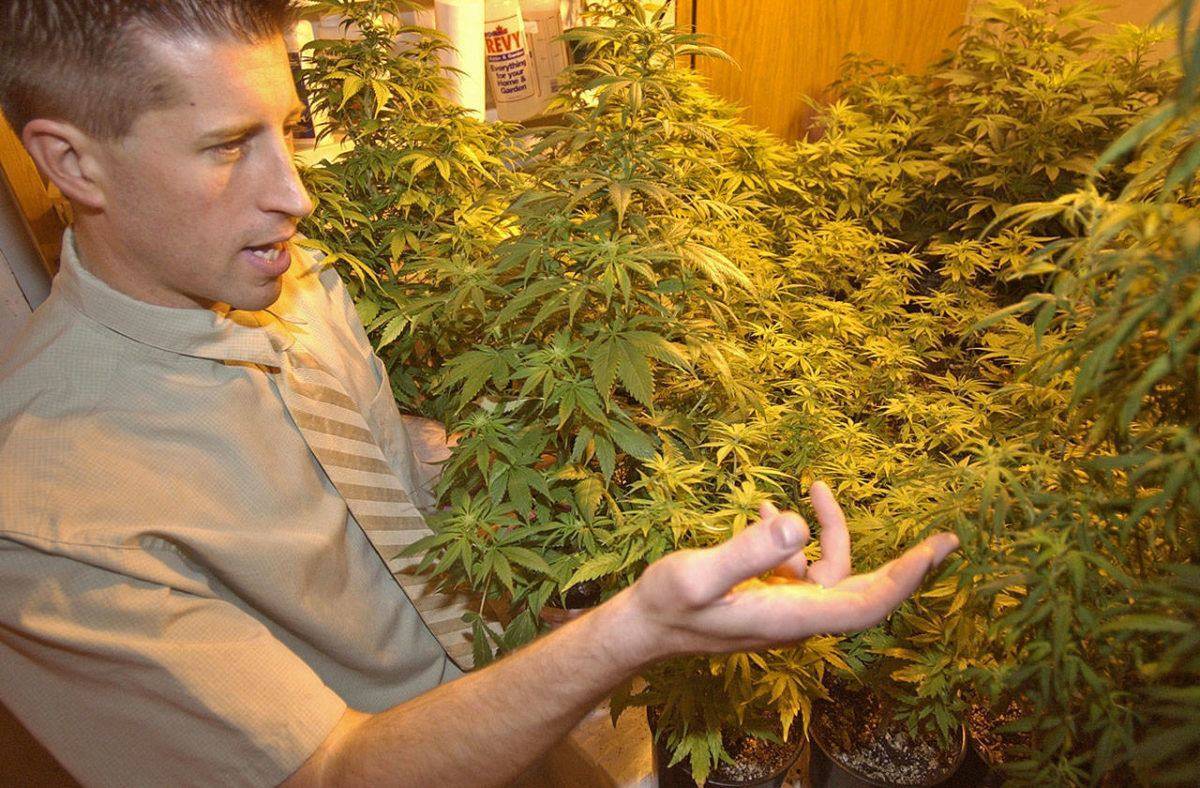 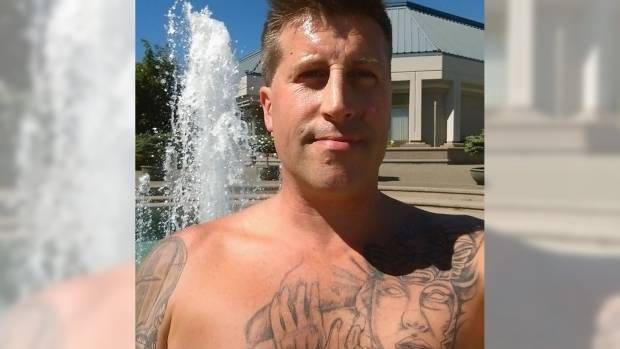 The Commonwealth Tried to Kill Him: Brian Carlisle and the Case to Change Canada

"Editor's Note: Dr. Gary Blick has amended notes to this article regarding the legal timeline of Brian Carlisle's case, which will be reflected in the piece below."

Who wouldn’t be, though?

If you’re unfamiliar with the name Brian Carlisle, you just may be in the minority among the HIV community. He lives in Vancouver, British Columbia where the system, he says, is rigged against the people. This is especially true, he asserts, among the HIV community. Carlisle alleges the intentional disappearing of those with HIV, the deliberate defunding of HIV aid services, and a rampant disregard for human life in Canada’s more conservative jurisdictions.

Among more forward thinking communities, the issue against people living with HIV may not be quite as serious; but in British Columbia, Carlisle testifies, the situation is dire. It nearly cost him his life.

Carlisle is a learned man. This is what makes him dangerous to Canadian governmental interests, he asserts. Originally from Montreal, he is a Francophone by nature. He attended high school in Vermont, graduating with two high school diplomas. He relocated back to Canada to attend Simon Fraser University in British Columbia.

At age 33, Carlisle was diagnosed with HIV by accident in 2002 while he was having tests run for an unrelated issue. At the time of diagnosis, he was still undetectable and ART was prescribed to keep it that way.

By 2003, anyone who knew Carlisle would have seen him as an educated, successful individual. He capitalized on the newly blooming medical marijuana industry with the founding of Holy Smoke Ministries. The year is significant because that is the year that law-savvy Carlisle was granted a cannabis exemption for his marijuana business, as it was religiously-affiliated.

“I was ordained to help the sick and historically, churches have been used to move a movement,” Carlisle says. “The feds went after me for that.”

The punishment was swift.

According to court documents, the aunt of a former sexual partner discovered that Carlisle was living with HIV, albeit undetectable. The authorities were informed on July 19, 2017. Over the following days, a background check was completed and other former sexual partners of Carlisle’s were notified by police of his status. Throughout this process, the authorities were also notified that Carlisle was undetectable, but this fact was given no credence. By July 31, an officer had arrested Carlisle during a traffic stop after surveilling his residence.

All of Carlisle’s former sexual partners who had been contacted for this case tested negative for HIV.

To be clear, someone who is taking ART with an undetectable – and therefore untransmittable – viral load should not be required, under the law, to disclose their health status to their sexual partners, consistent with the WHO-accepted global consensus that undetectable = untransmittable (U=U) a person with a low (<200 copies/mL, i.e. undetectable) viral load cannot sexually transmit HIV [However Canadian law has not caught up with the science and facts. In 2012, two Supreme Court rulings stated HIV-positive individuals are not required to disclose their status before vaginal intercourse if a condom is used AND the positive person has a “low” (defined here as 1,500 copies/mL or fewer) HIV viral load. Of course, “U=U” science was not available in 2012. Even in 2017, a trial judge ruled that condom use alone was insufficient, keeping nondisclosure of HIV status as an aggravated sexual assault. Since that time, the federal and several provincial governments have updated guidance on prosecuting PLWHIV who do not disclose to their sex partners, and courts have now begun to conclude that a low viral load on its own negates HIV transmission].

A media release was put out to the public to alert the general population of Carlisle’s HIV status – a move that might otherwise be viewed as a HIPAA violation had it occurred in the United States – but was deemed “necessary” by Canadian government because, according to court records, “after careful consideration, the public interest clearly outweighs the invasion of Mr. Carlisle’s privacy.”

As a result, six women answered the media blitz to allege that they had slept with Carlisle. The number of accusers against Carlisle swelled to 12.

Carlisle was arrested once more. He faced a shocking 125 years in prison. The Crown finally stayed the charges against Carlisle when an HIV expert and Carlisle’s own physician came forward to assert that HIV cannot be transmitted if an individual is undetectable. Though the Crown dropped the charges, the damage was done.

This is where the case gets real sticky. Upon his second arrest, Carlisle spent two months in solitary confinement. In what Canadian officials will likely call an oversight, an egregious crime against Carlisle was committed: He was denied his ART for the duration of his confinement. He dropped nearly 30 pounds in the first week alone.

“I feel like the Nellie Bly of the HIV movement,” Carlisle says, straight-faced. “Except she only had to do ten days and I did two months.” He likens himself to Bly, the 19th century investigative journalist who feigned mania to be admitted to the Women's Lunatic Asylum on Roosevelt Island in Manhattan. After ten days in the asylum, her employer requested her release. She published a book titled Ten Days in the Madhouse, earning herself immortal fame for causing the asylum to implement major reforms of the appalling conditions witnessed by Bly.

For Carlisle, life outside of the box was no easier than the inside, nor was there vindication and a book deal awaiting him. He was met with a new world that was terrified of the man they’d seen in the news.

His $140K career in cannabis was up in smoke, despite nearly two decades’ proficiency in the industry. Alternative possibilities teaching French to English-speaking students were but a dream.

Eventually Carlisle found work with an HR firm where his position is not public facing, and the agency has agreed not to use his name when dealing with clients – for the discretion of his own sake and that of themselves for hiring him.

Housing is another issue: No one will rent or sell to Carlisle after seeing him in the news as a purported sex offender.

Carlisle has found himself in a catch-22. He could change his name; he could even consider minor plastic surgery. Therein lies another issue, though: With a new identity comes the chance that he might lose recognition for degrees, publications, and working experience he has under his belt as Brian Carlisle.

Carlisle’s case highlights the cloudy non-disclosure laws surrounding HIV and an undetectable status. As the PLOS One scientific journal has covered, some folks may skip getting tested for HIV altogether if it means a potential positive diagnosis – and a threat of prosecution in the future. As reported by Pacific AIDS Network, these second-class laws against people living with HIV have the ironic outcome of producing a higher risk for public health.

Carlisle has countersued, taking the province and 10 officers to task for the ruinous case.

This blatant disregard for science and reason committed by B.C. authorities has affected not only Carlisle, but his daughter who has subsequently lost two jobs, and even the women in the case against Carlisle who, arguably, are collateral damage of the case itself.

One of Carlisle’s previous sexual partners gave an anonymous statement to CBC News describing PTSD, anxiety, and depression brought on by the case. As a result of her mental health, she lost her job and went bankrupt.

Keep in mind that, with what we know today, Carlisle did nothing to jeopardize the health or lives of any of these women.

This anonymous woman was misinformed by the authorities about the possibility that she may have HIV. The cops’ misinformation campaign intended to ruin Carlisle, in turn consumed her life.

What you don’t know can harm you: Uninformed about the facts of HIV and hearing only the authorities’ suggestion that she be tested annually to confirm that she not have HIV incubating in her body (which is, of course, not how HIV works), she avoided sexual relationships for fear that she could end up in Carlisle’s place down the road.

This method of thinking in regard to HIV transmission and active use of such for what amounts to nothing more than character assassination is catastrophically immoral.

Modern HIV testing technology is capable of catching 99 percent of new HIV infections within six weeks of infection. Newer technologies can cut the time down to only two weeks. The trauma and anxiety endured by the women involved in Carlisle’s case was entirely in vain.

He has since remarried. When he began seeing his current wife, Dez Carlisle, she was asked to sign a document acknowledging that she would be Brian’s “13th victim,” but was unperturbed. Educated on HIV, Dez knew what undetectable meant.

Her family was not as warm – at first. Having lived through the media blitz, they knew Carlisle and the allegations levied against him. While the tide of the family has turned in his favor over time, he can’t ignore the difficult road it took for him to get here.

Carlisle feels as though the impetus for his character assassination was his burgeoning marijuana business in a 2003 Canada – his HIV status was merely the catalyst needed to bring him down. Whether or not there is truth in that belief, he is presently unable to return to the industry in any meaningful way. He was offered an apology by Prime Minister Justin Trudeau, but that, Carlisle says, isn’t enough.

The problem remains: HIV is stigmatized so heavily that Carlisle endured this treatment. The women in his case endured their trauma. In the age of COVID-19, HIV advocacy groups in British Columbia are shuttering at an alarming rate, unable to secure government funding. In the face of Canada’s worldwide image as the United States’ friendly neighbor, Carlisle warns tourists and prospective new Canadians, “You need to know what it’s really like before you come here.”

He continues, “I want myself to be the last person who serves time for an HIV-related crime. But the government doesn’t want the laws to change.”

How does the everyday citizen take on the government of their nation and turn the tide? Carlisle says not to think too hard on it – the answer is simple, even if it takes a whole movement to implement. “There’s no chance but to fund a real education campaign,” he says. “To make people aware of the science. Not rumors or conjecture. ‘U=U’ is the science, and truth is incontrovertible.”