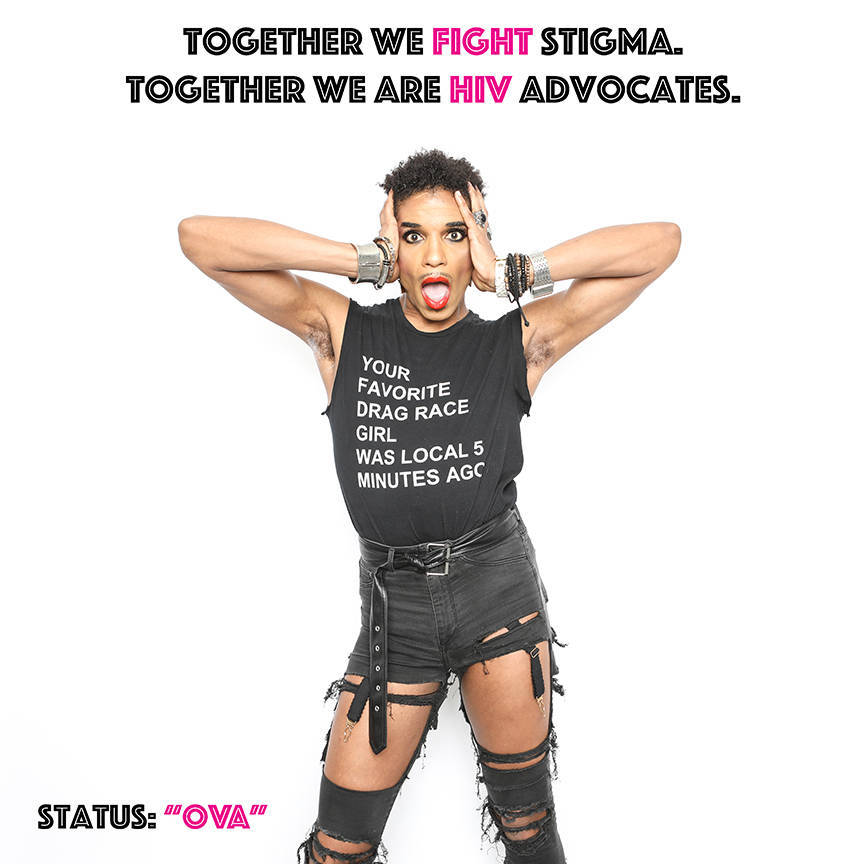 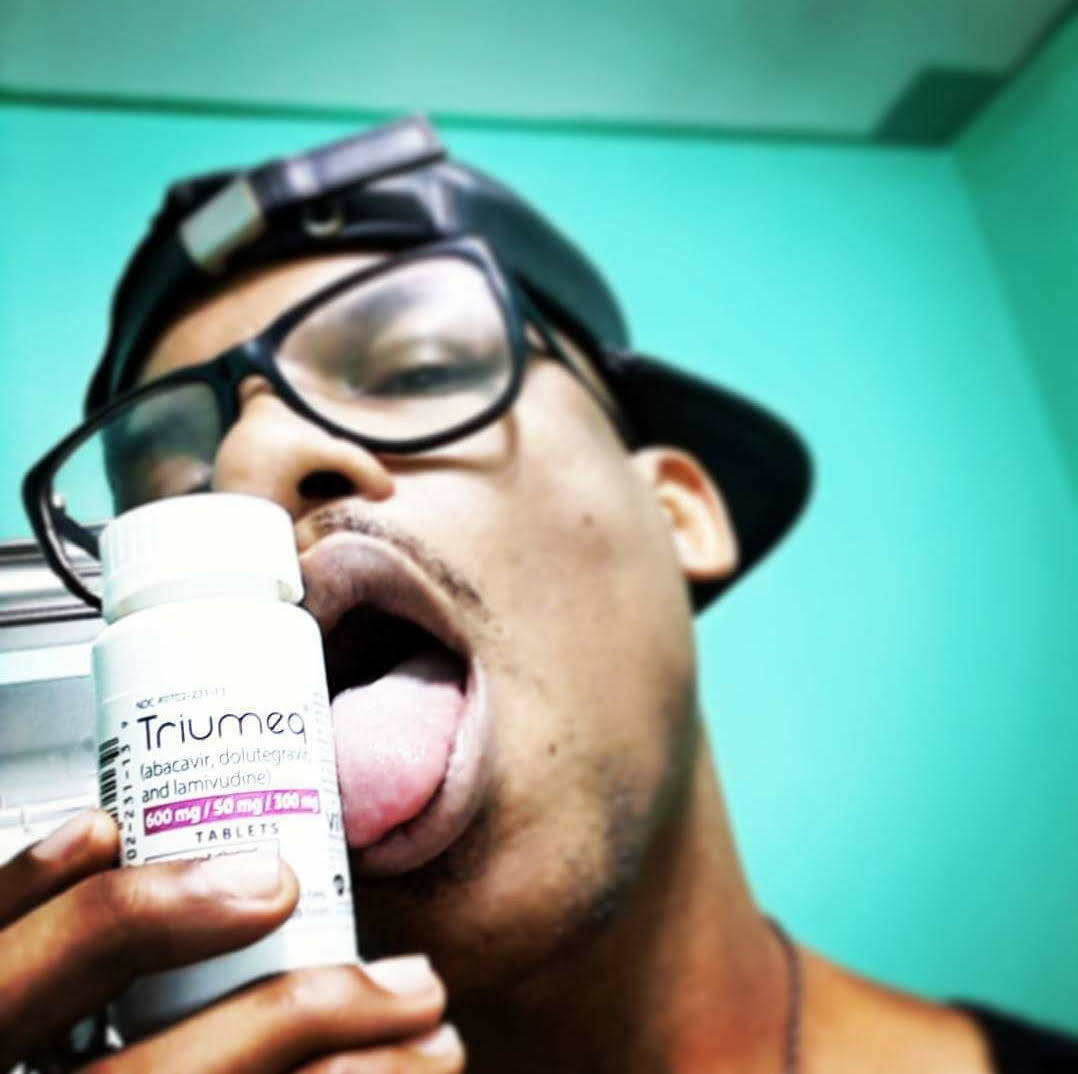 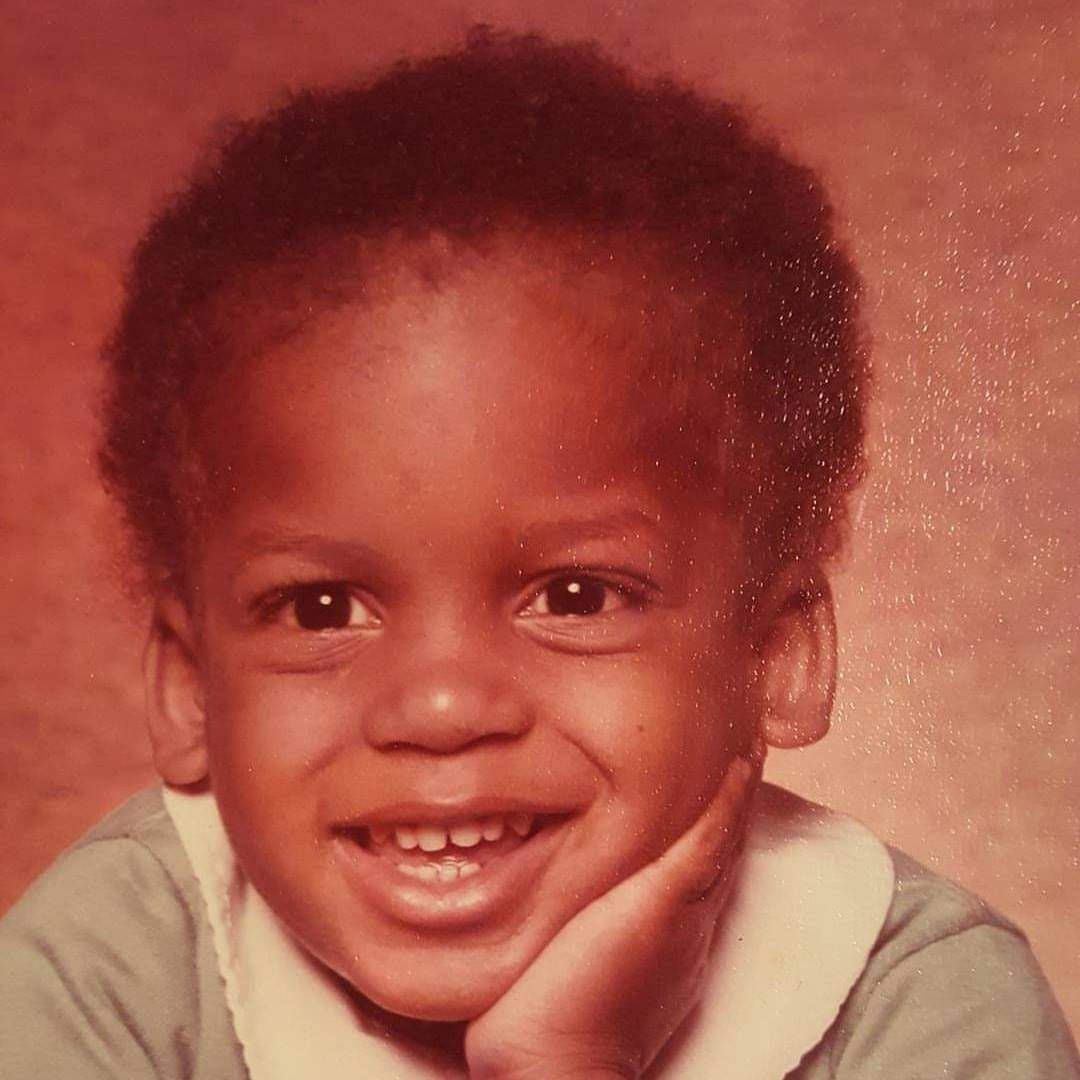 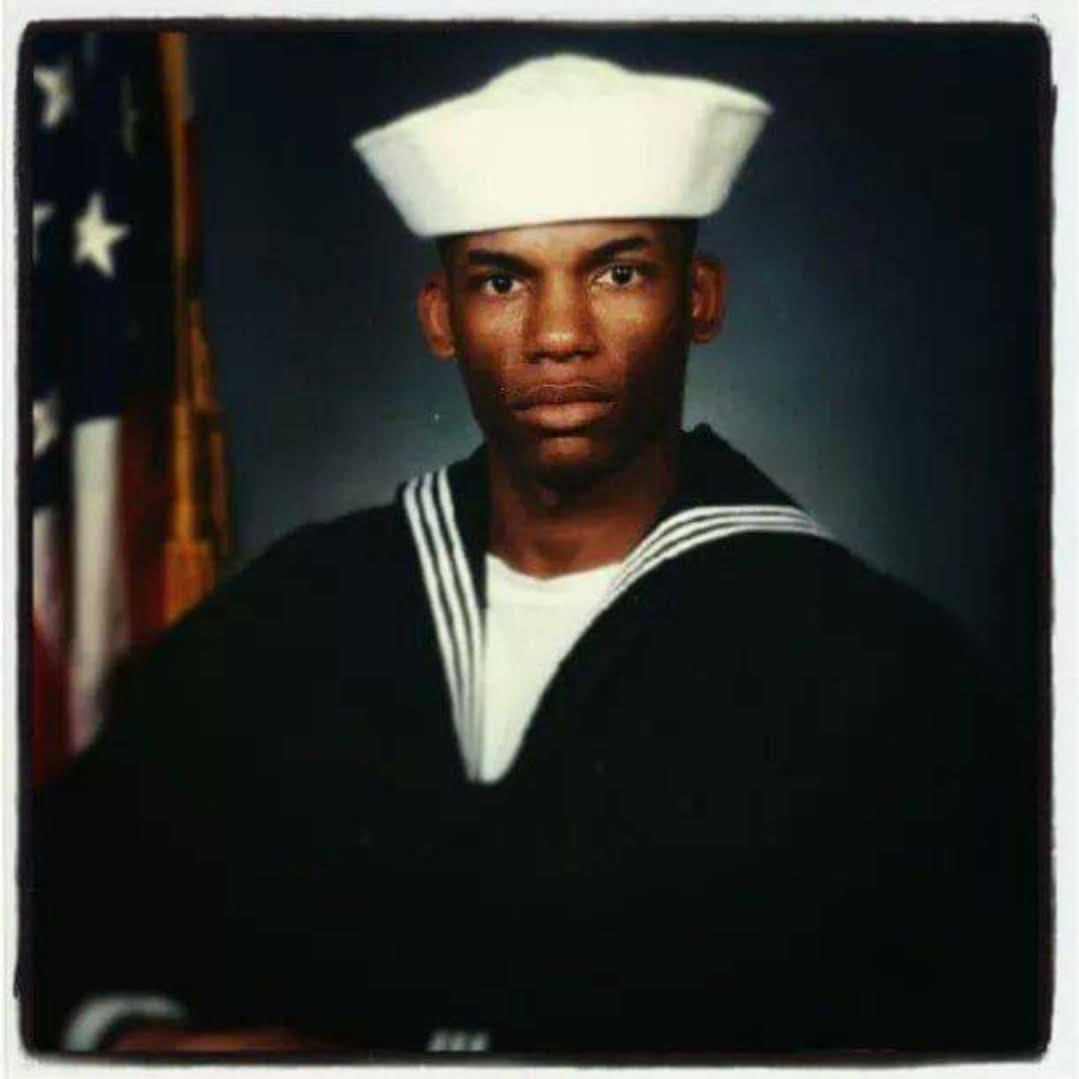 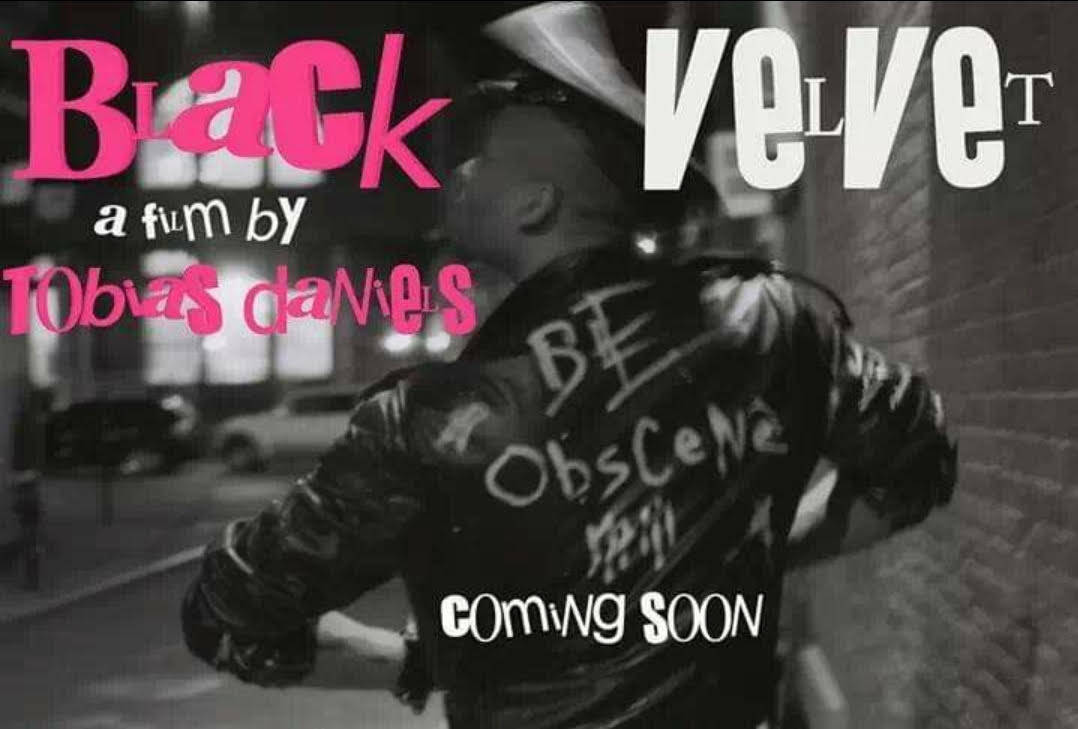 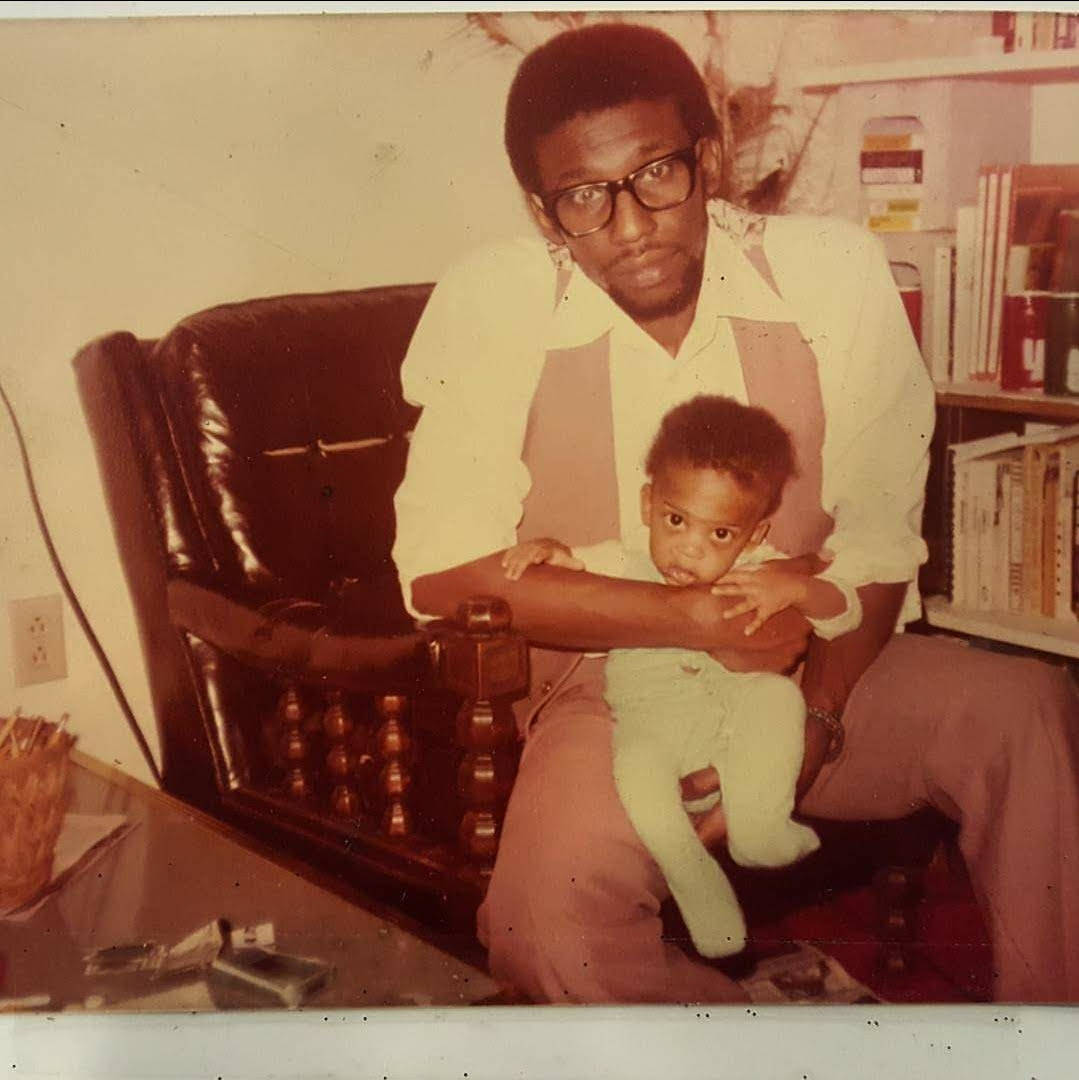 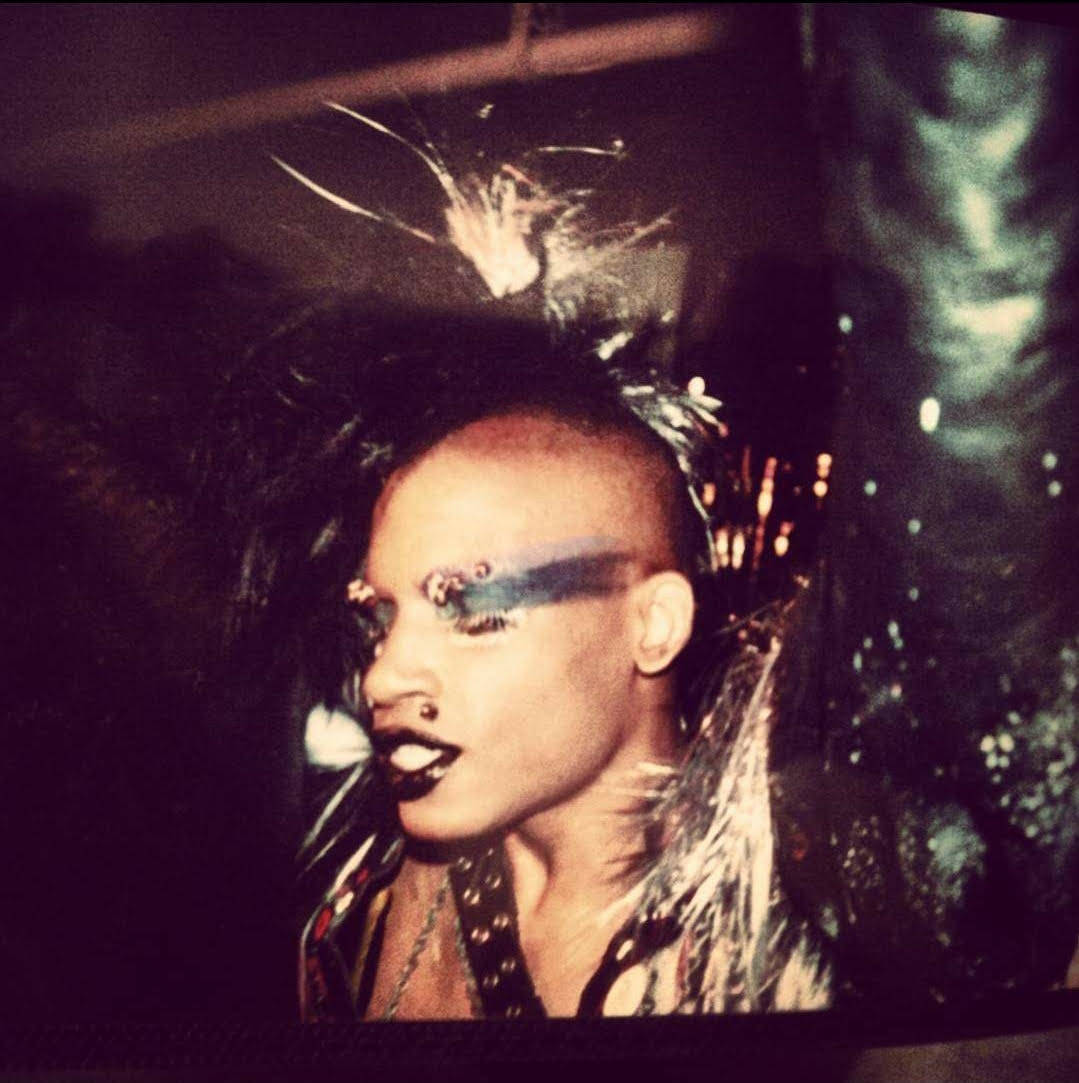 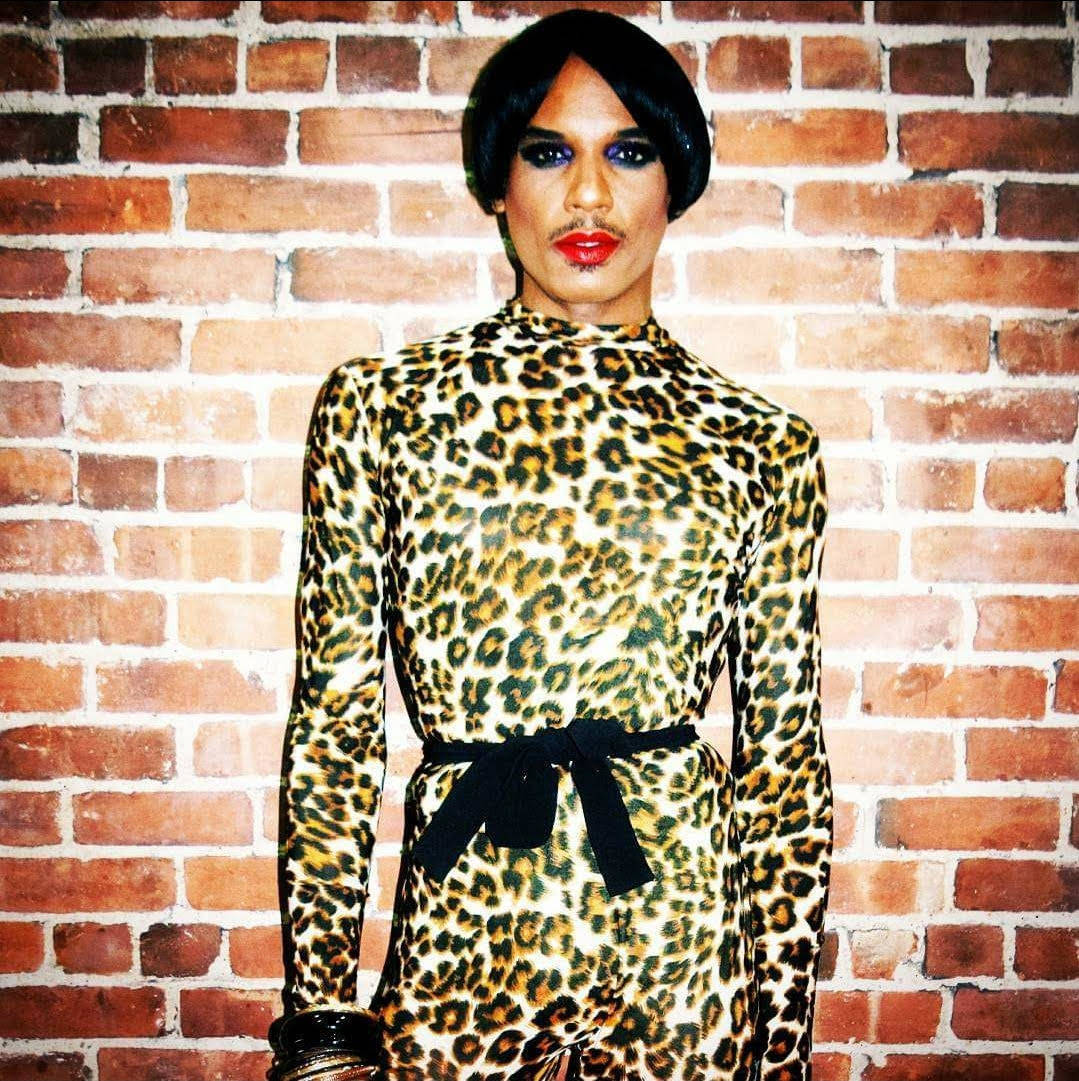 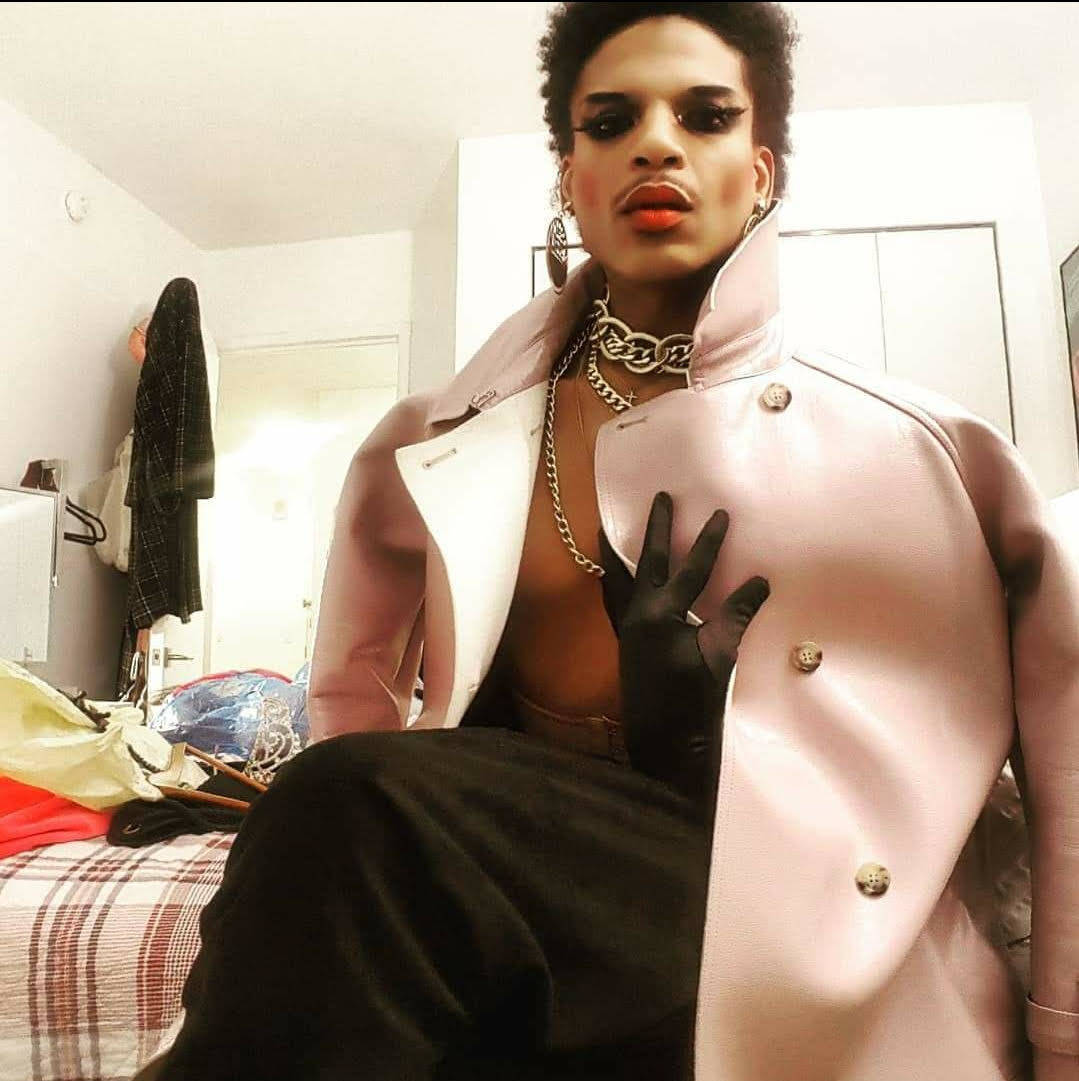 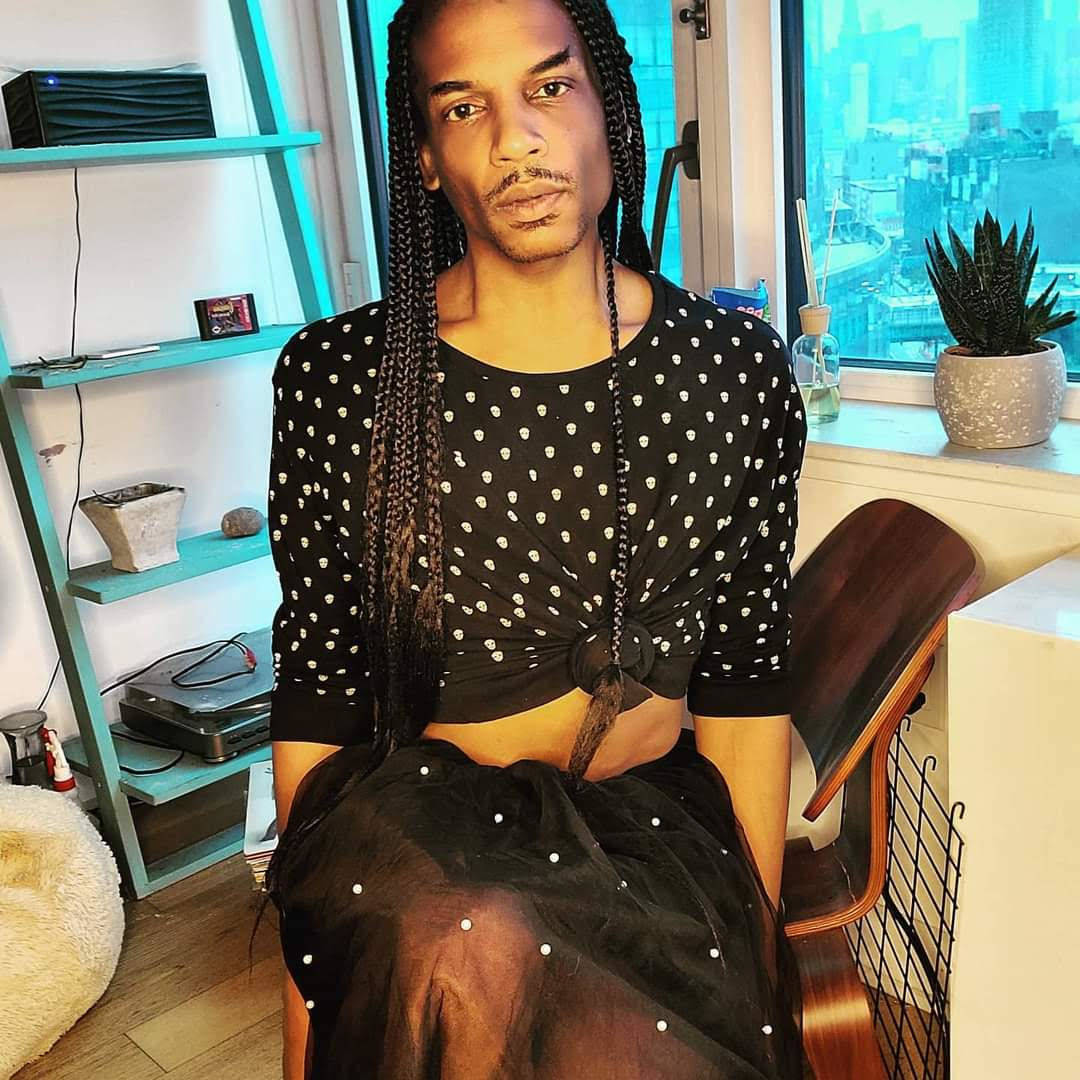 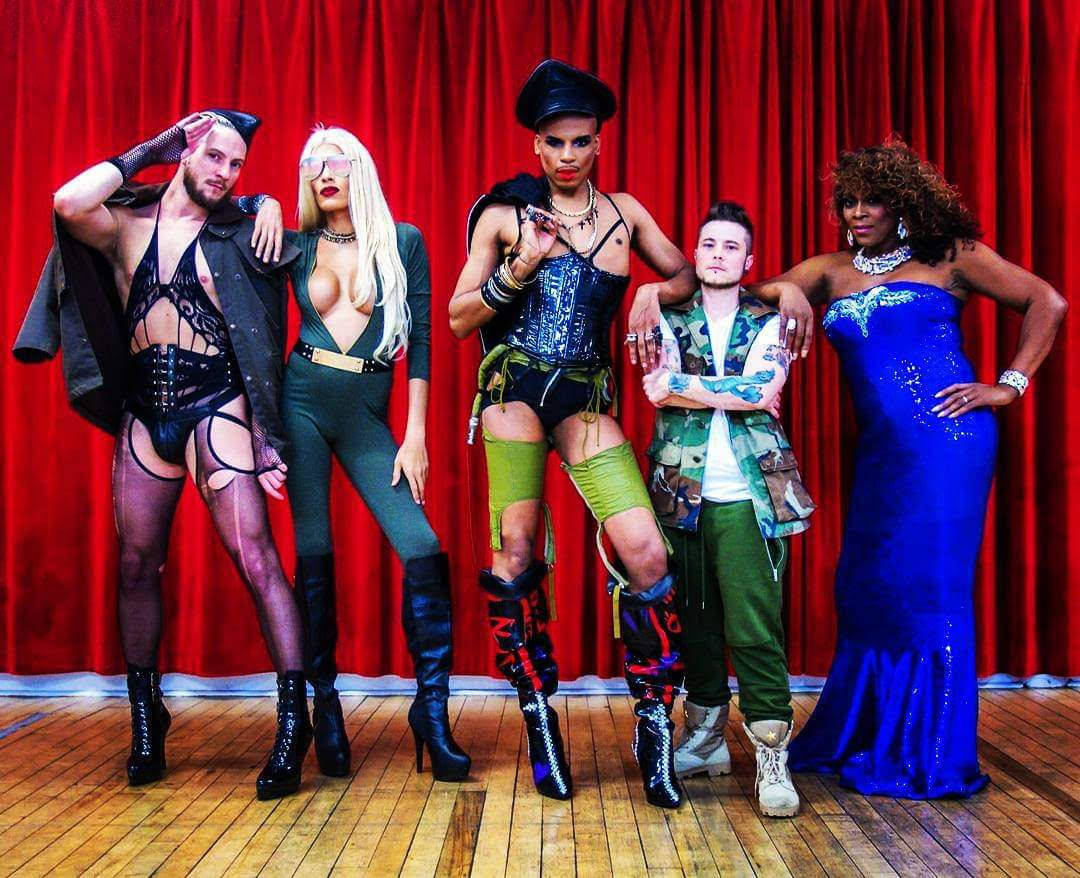 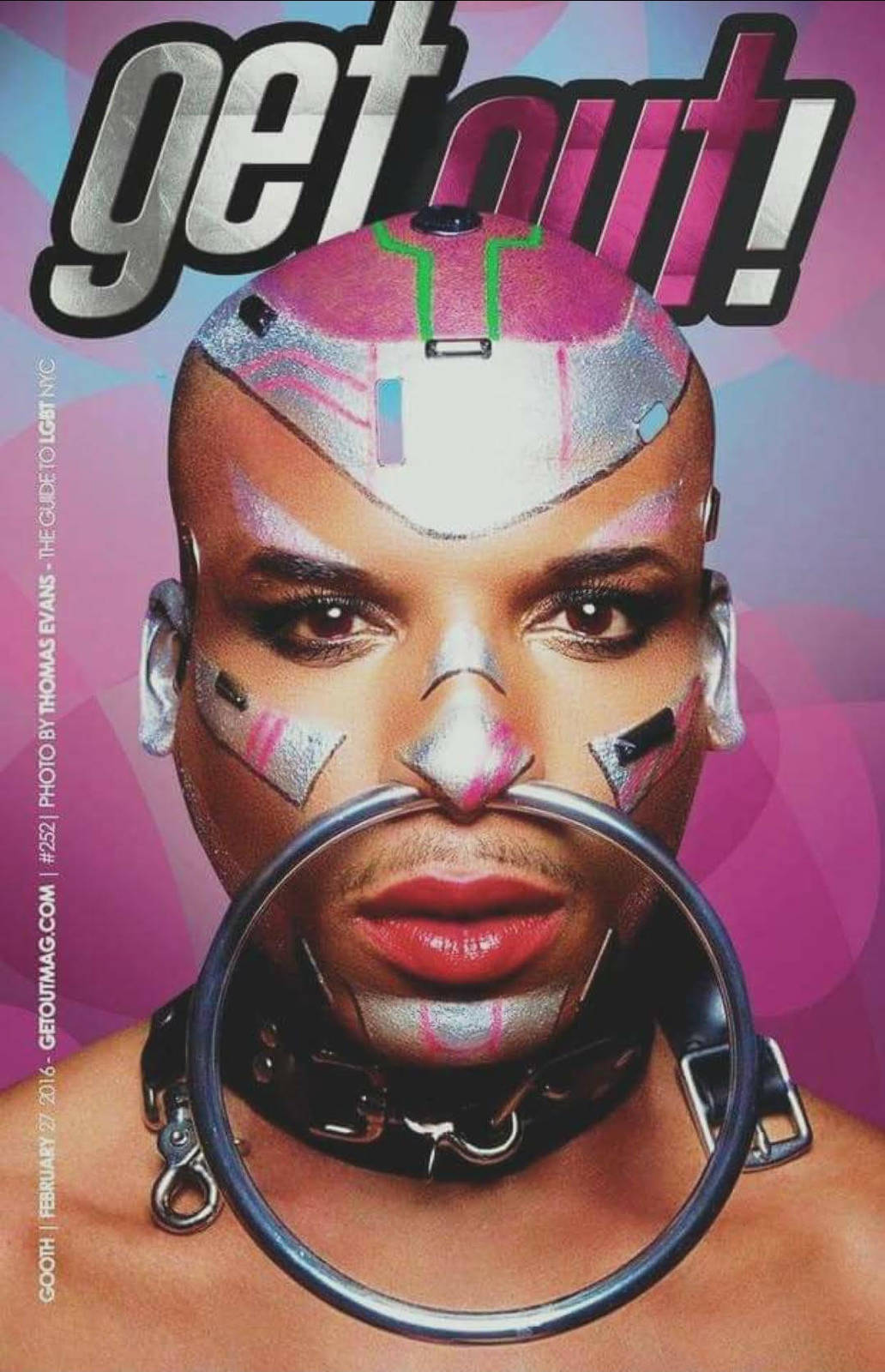 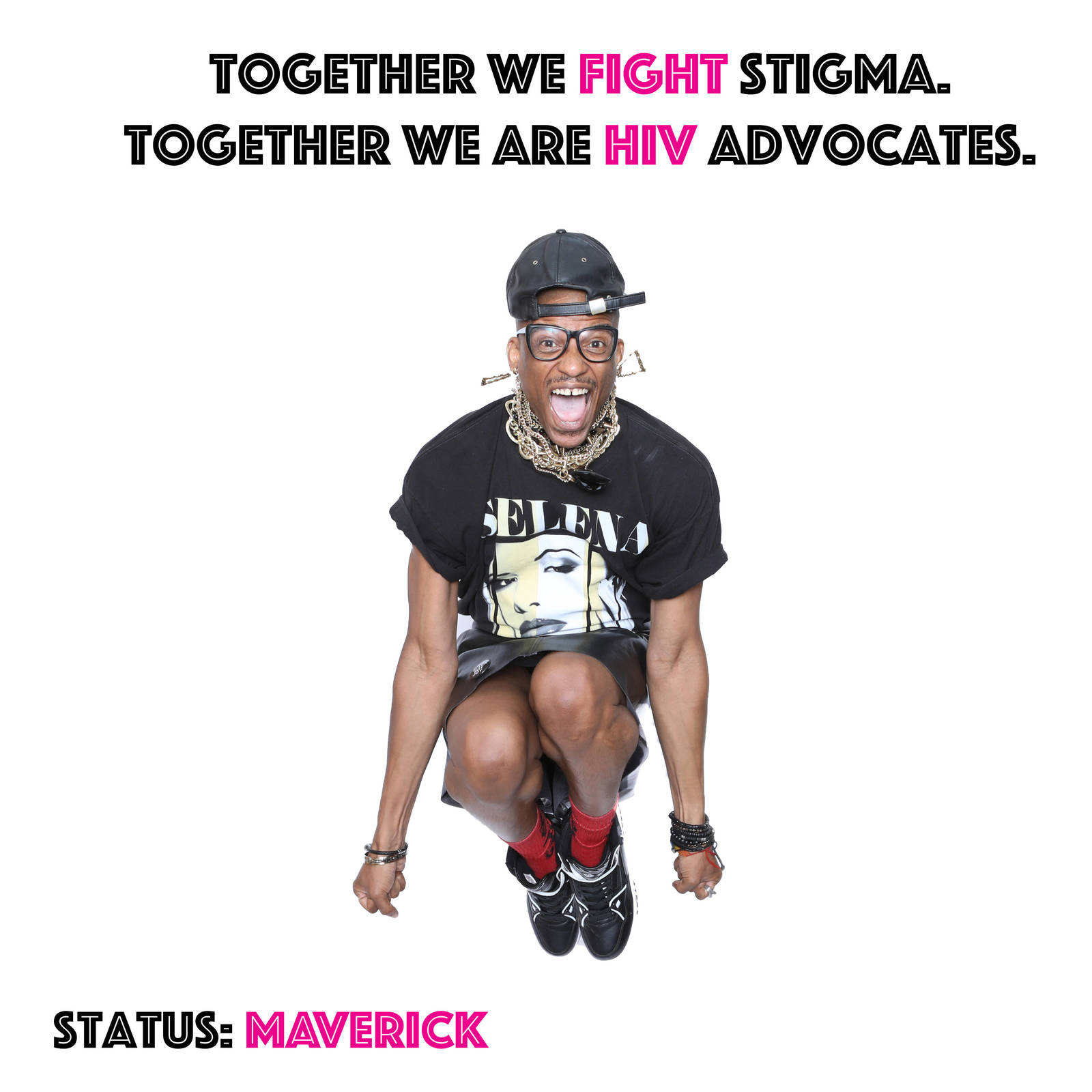 T-Boy Needs You to Be More Compassionate

“I called my best friend who’s a girl, just out of the blue, and asked her to marry me,” says Myles Johnson, a queer recording artist living in New York City, who performs under the name T-Boy. “I think it was because I was missing home so much. I was grasping for any semblance of normalcy.” Johnson, whose pronouns are they and them, referred to a decision they made while serving in the Navy in the late 1990s. It was a proposal born of fright, but dissolved by truth – ironically, it was this proposal that helped them realize their identity as a queer androgynous person.

The pair didn’t speak again after that conversation. Later, when the same friend was picking Johnson up from the airport after leaving the Navy, they discussed the half-baked proposal idea, unable to follow through – though they didn’t come out to her in the moment. In any case, she knew Johnson hadn’t been serious.

Coming out was imminent however. The period following Johnson’s stint in the Navy was a period of self-discovery. Johnson comes from a family of artists (their sister and mother are both actresses; their brother is a rapper and artist; a cousin was in a popular rap group in the ‘80s), but religion and community reigned over the brood, still.

Johnson, love-struck over a boy, couldn’t get the words quite right. They wrote letter after letter to the boy, but tore up and trashed the drafts until it was perfect. Their mother found the shreds of paper in the waste bin and put the words together, confronting them about it. Johnson spent time in church conversion after the confrontation with their mother. The Baptist pastor preached to them of the hellfire that surely awaited them. “It was then I knew that the church was fucked up,” laughs Johnson. “I stopped going after that. Must have been ’97 or ’98.”

Johnson and their family have since reconciled and formed a stronger bond than before, but it wasn’t solely their family that Johnson focused on during that time of healing – they were making moves for themselves, too. Over the years, Johnson, a Miami native, moved to New York City with $100 in their pocket and just one New York contact in their phone. “[After the church incident], I knew I couldn’t be a queer person of color in Miami in 2002,” Johnson says. “You can see why I moved [to New York City] with just $100.”

New York City hustles hard, but Myles Johnson hustles harder. They moved to New York with the explicit intention to make music. Johnson began working at Posh, a gay club on West 51st Street in Hell’s Kitchen. Their shtick was unique: Johnson would DJ in drag before performing in drag later in the evening. The routine worked – Johnson gradually began to make a name for themselves in New York City’s nightlife.

For years after coming out and moving to New York City, Johnson suffered from depressive episodes, something that many in the queer community can unfortunately relate to. We find ways to cope the best we can – sometimes healthy, sometimes not – and for Johnson, the coping mechanism was hookup culture itself. Spurred by low self-esteem and their chronic depression, Johnson says that high risk sexual behavior just didn’t faze them. “I knew I was reckless,” Johnson says. “I was already researching HIV. I knew all of the risks, I knew exactly what I was not supposed to do, and I chose to do crazy stuff. I was already educated; I knew the risks I was taking.”

Johnson eventually met someone interested in something more serious, so they got tested for HIV out of respect for their partner. In November 2011, Johnson was diagnosed with HIV. They were in their early thirties at the time. “I was living that lifestyle for a year before I even got tested,” they say. “I knew it was possible; I thought I already had it. When the results came back, I was like, ‘Eh, I thought so.’”

“That whole period was the lowest point in my life,” they continue.

Johnson was prescribed ART upon their diagnosis, but never opened the bottle. “I was petrified to make that jump into this new normal of taking pills every day,” they say. “So petrified that I went to therapy for it, I went to different doctors for it; it was a big pill to swallow.”

Afraid to give the diagnosis the weight that Johnson thought it came with, they went five years without ART. They avoided falling ill from the virus, which was enough to convince them to ignore it. “I turned a blind eye for a few years and didn't take it or myself seriously,” Johnson recalls. “There was a point in my life where I was so depressed, I couldn't make rational decisions if I tried.”

Johnson is a self-proclaimed work in progress – aren’t we all? Born of the American South, Johnson views stigma and mental health as siblings that walk hand in hand. “Coming from a Christian background in the South, everything has a stigma,” they say. “I was raised to hide myself and to mute myself, and with that came low self-esteem and low self-worth. I was confused for many years as a youth as to who I actually am. To this day I have some hope – but most definitely am not optimistic – about finding love, or a love. Stigmas can cause traumas that take a lifetime to overcome.”

Five years after that first ART prescription, Johnson met a new physician who convinced them to begin antiretroviral treatment. “I realized that this is a new normal, and that no matter what I do, I have to get with the program.”

“I decided it was no longer about me,” Johnson continues. “It took maturity.”

Johnson began Triumeq in 2017, a once-a-day pill that helps to get your viral load under control. They called a friend over to stay the night with them as they took their first pill, “just in case something happens,” they say. “I don’t know how I didn’t get sick those five years. I can’t think of a reason other than I’m supposed to be here.”

Looking back at how Triumeq has helped them retain an undetectable status, Johnson muses, “All my fear was for nothing.”

The turnaround was enough to make somewhat of an HIV activist out of Johnson, proclaiming the veracity of the famed U=U campaign. “U=U is an amazing campaign and helps reverse the stigma that comes along with having HIV,” Johnson says. Now on their stable Triumeq regimen, Johnson realizes that beginning ART was not life-altering, traumatic, or something to be afraid of. “I am currently undetectable and love telling people!”

Johnson and their partner eventually split, but they still thank their ex for understanding their HIV diagnosis. A year before the wide release of Truvada for PrEP, they say that it was a gift that their partner was willing to work with Johnson’s HIV status. “[His acceptance of Johnson’s status] was a much larger olive branch than I had ever given anyone up until that point.”

These days, Johnson is lukewarm over dating apps and instead focuses on their career in music production. There’s a lot of fetishization and stigma to wade through on apps like Grindr and Scruff, and the intersections of Johnson’s identity mean that there are layers to the racial biases and HIV stigma that they endure.

“Tall Black men are fetishized, so I have to deal with that,” they say. “Someone telling me, ‘I love your look’ or, ‘I checked out your Instagram’ will go a lot farther. I’m not looking to only offer my body. If you see me, I appreciate that more.”

The other side of the coin is rampant racism on dating apps. It’s everywhere, Johnson assures, but no one talks about it. Curt statements about racial preferences and stigma-laced lines in a faceless profile’s bio mean that for some prospective dates, individuals like Johnson are ignored, sight unseen.

“But I’m queer, I’m Black, and I have HIV,” Johnson continues. “People like me are seen as an abomination to the world. I don’t know how to feel about stigma – I feel like stigma will always be here.”

Johnson goes on to lament the death of good manners, calling out the “Mean Girls” attitude so often demonstrated by gay men and queer folk. “Across the board, we need empathy,” they say. “We bring our baggage from wherever we’re from, we move to a big city like New York and once we get established, we treat people how we were treated back in our old hometown. We treat each other like shit, we don’t like to see each other win; it’s very Mean Girls. A real-life ‘you can’t sit with us.’ I really wished I lived in a world without that.”

The same backhanded treatment befalls people living with HIV at the hands of our own community members, too, Johnson says. “We need empathy,” they repeat. “Take care of each other and realize that we all have our shit.”

Choosing to focus on their music career instead, Johnson admits that they’re not sure what exactly their Scruff bio even says off hand.

That spark that ignited their career never went out – from late-night shows at bars like Posh to being the center stage entertainment for private events, Johnson has run the gamut in New York.

“I don’t even like to tell people I’m a DJ,” Johnson quips. “In the queer community, you DJ once and then you’re a DJ and people forget you can perform.”

Even in lockdown during the ongoing COVID-19 pandemic, Johnson – or, T-Boy – has held online performances for their fans, like musical performances and drag. “I try to do a lot with music. I try to work on what I moved to New York to work on.” Their official YouTube page is awash with glorious snippets of T-Boy’s live performances and official music videos.

The catalogue under T-Boy’s belt is impressive, to boot – multiple singles for streaming, visuals, and a knack for mixing their own sound. Pinning down the flavor is a little difficult in that their style is so unique – T-Boy is what we get when Prince and Boy George have a beautiful, kinky, drag ball baby with a healthy yearning for rough guitar.

T-Boy has things to do – you can ride the wave with them or get out of the way.

“I came to New York specifically because I wanted to make an album,” they say, uninterested and unbothered by stigma and Mean Girls attitudes. “There’s something special about having something to hold that you made yourself. But no one’s interested in the albums anymore. People want the singles. An album? That’s the easy part.”