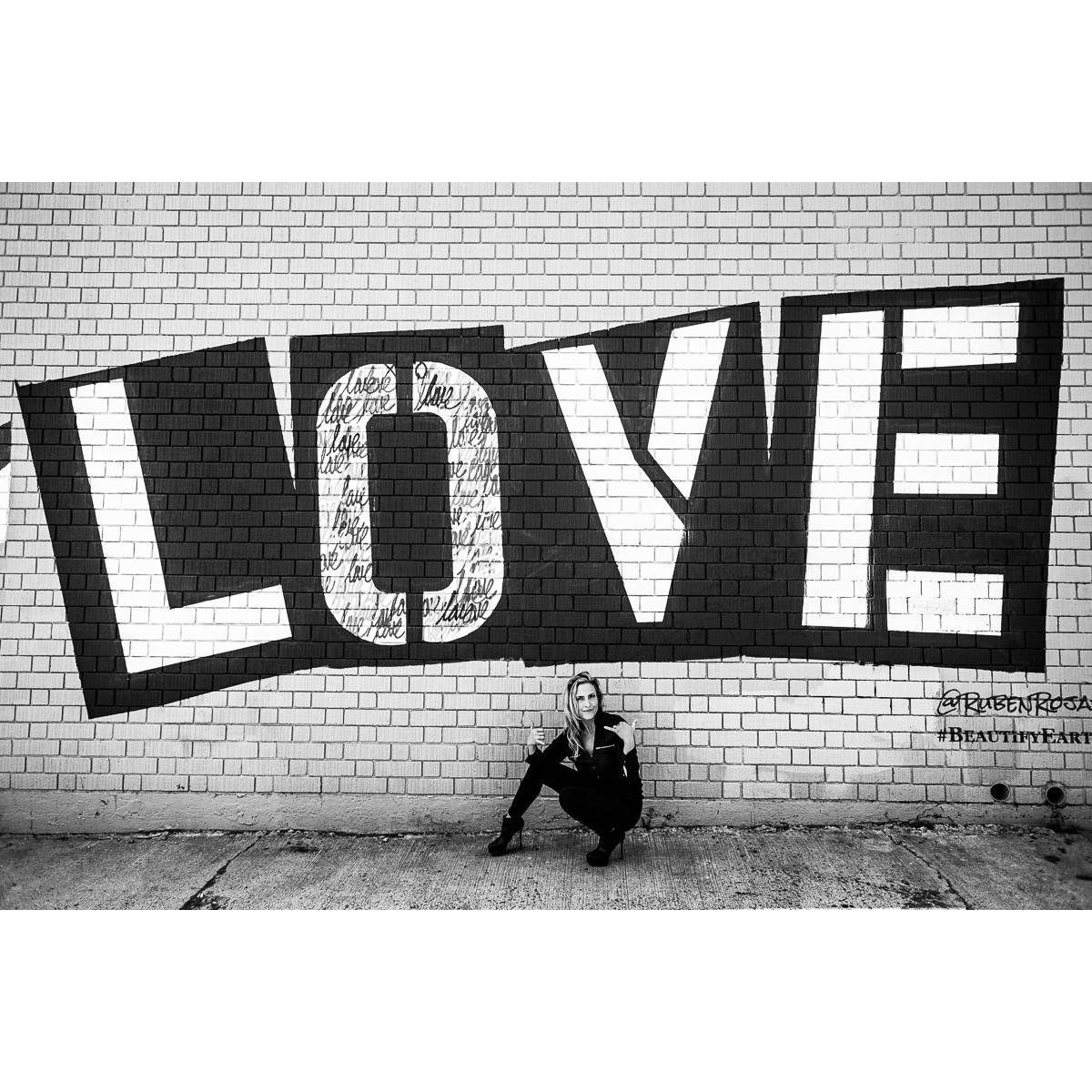 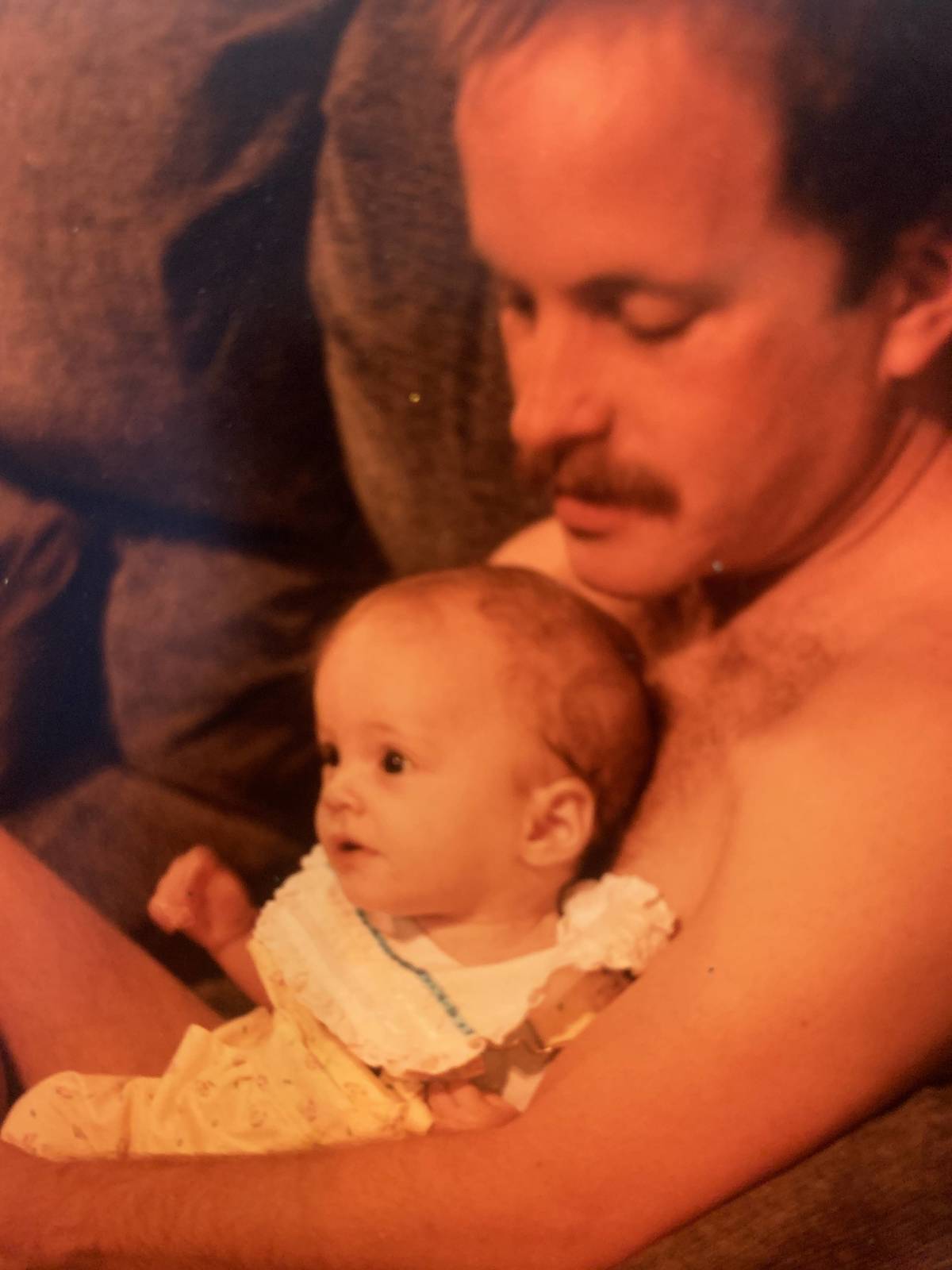 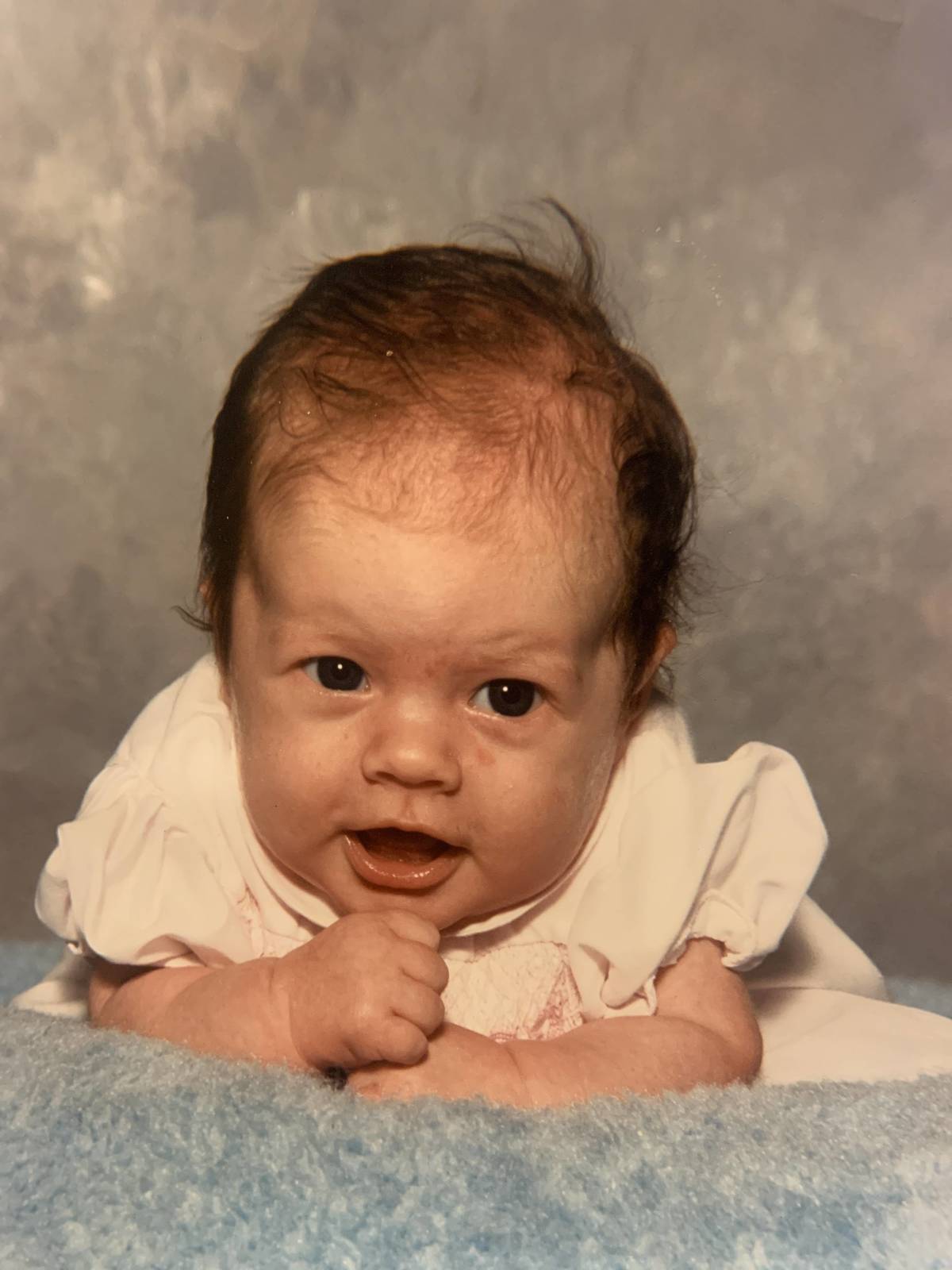 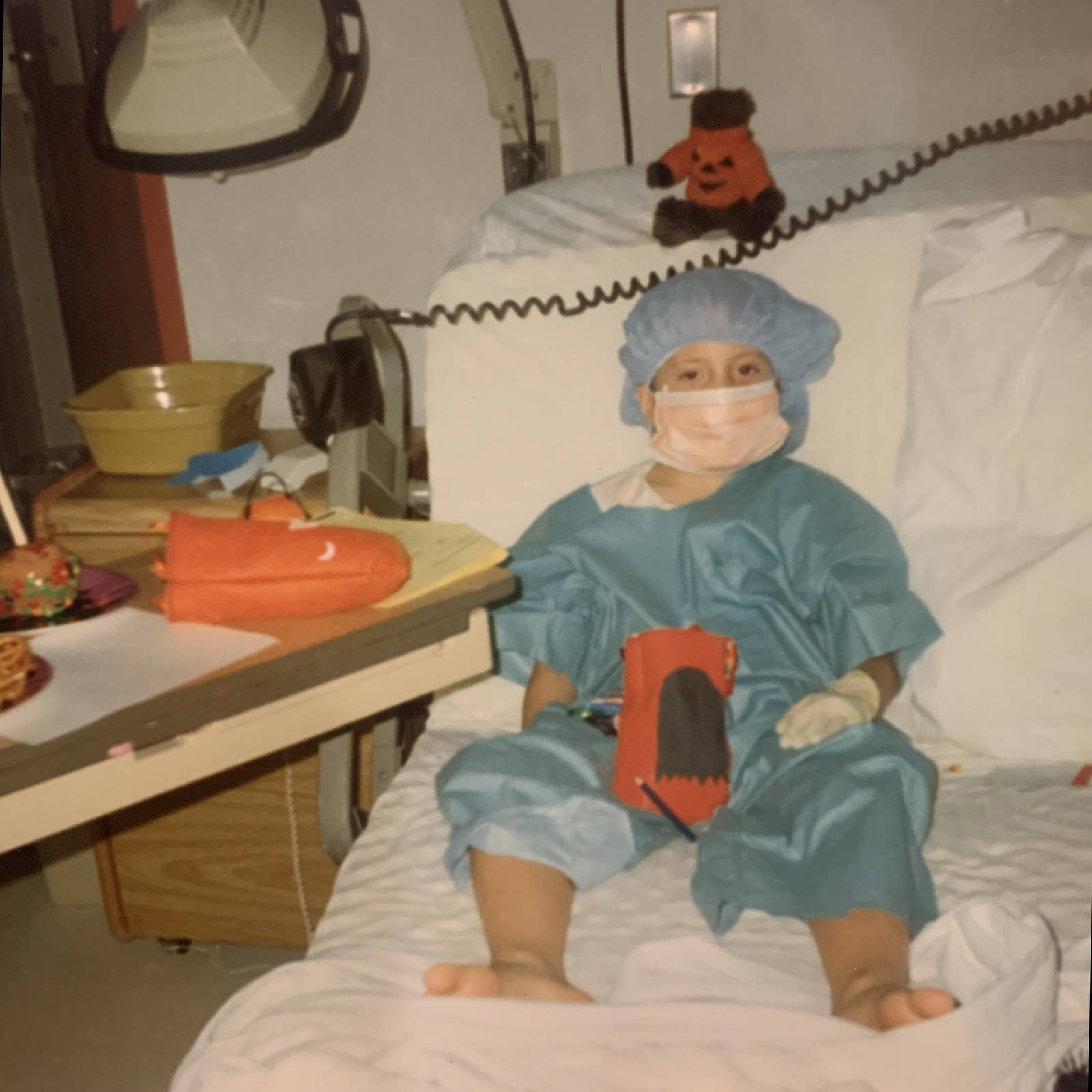 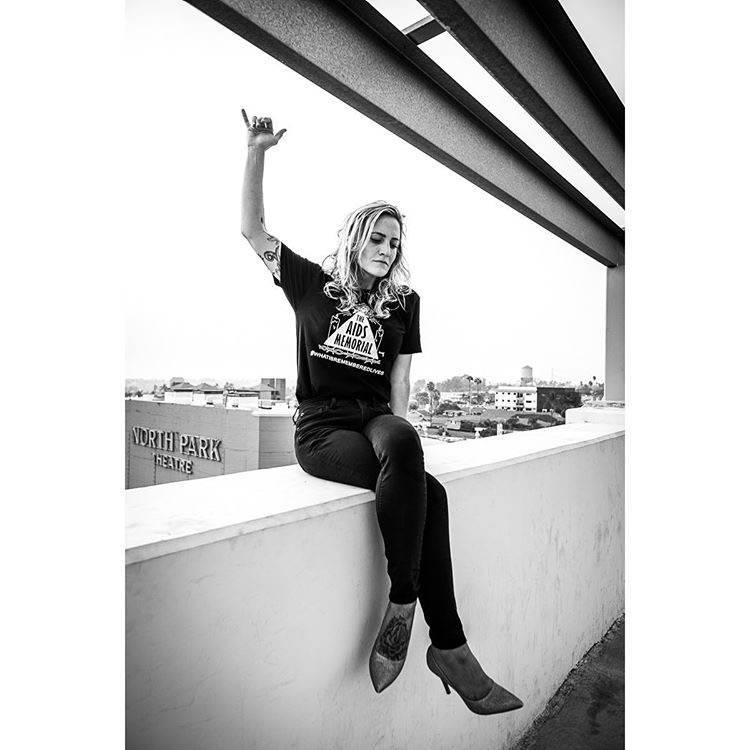 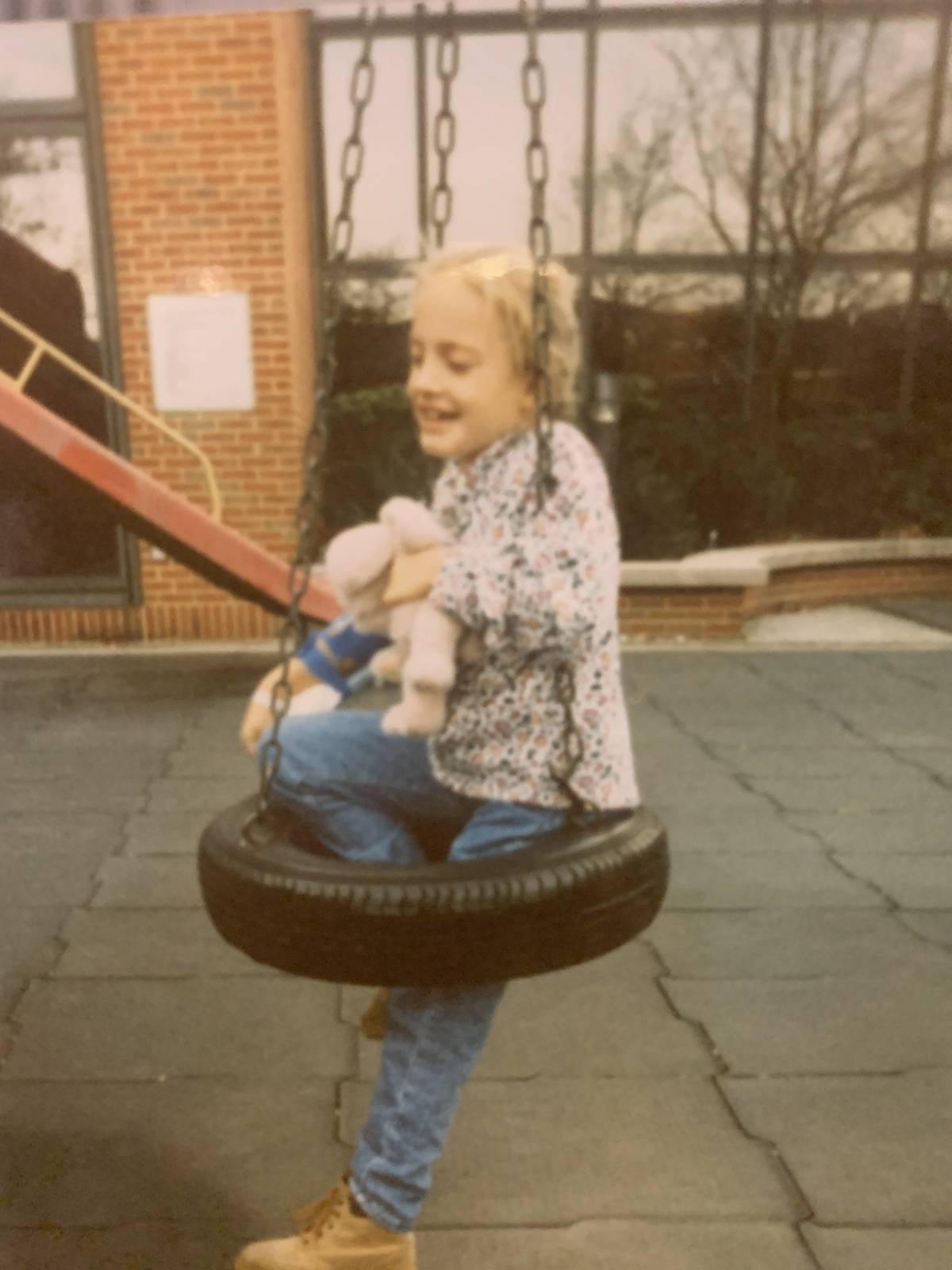 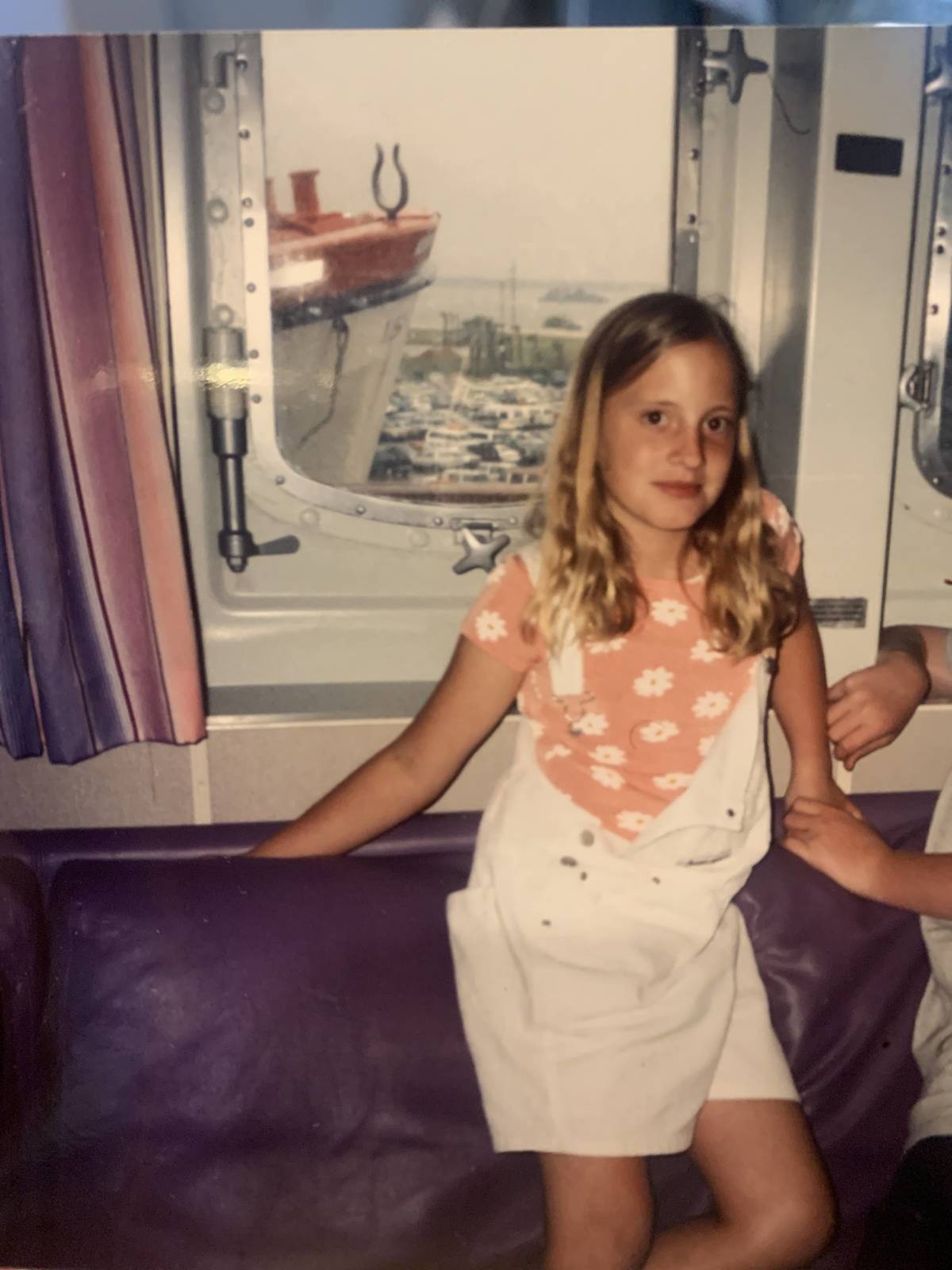 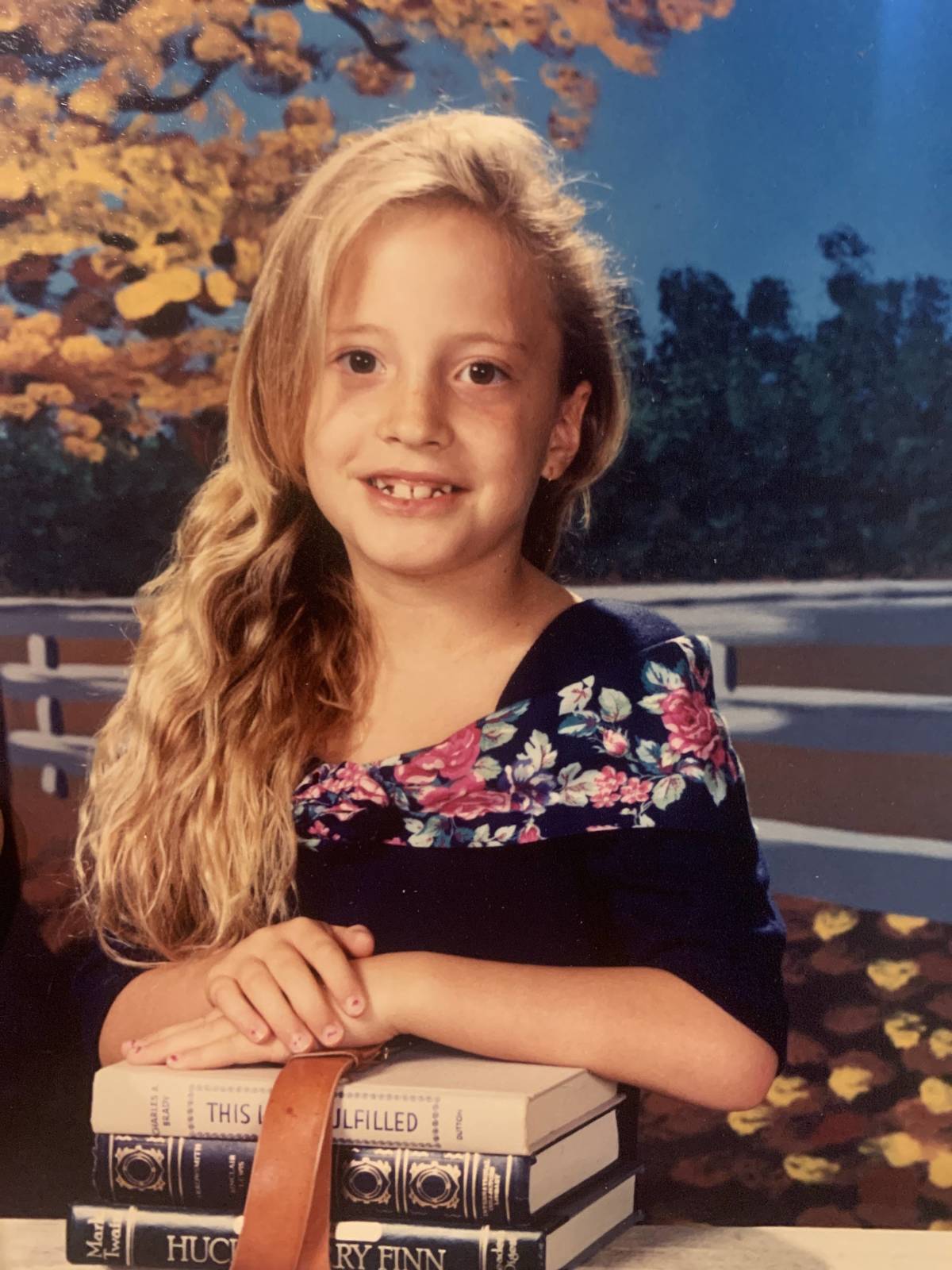 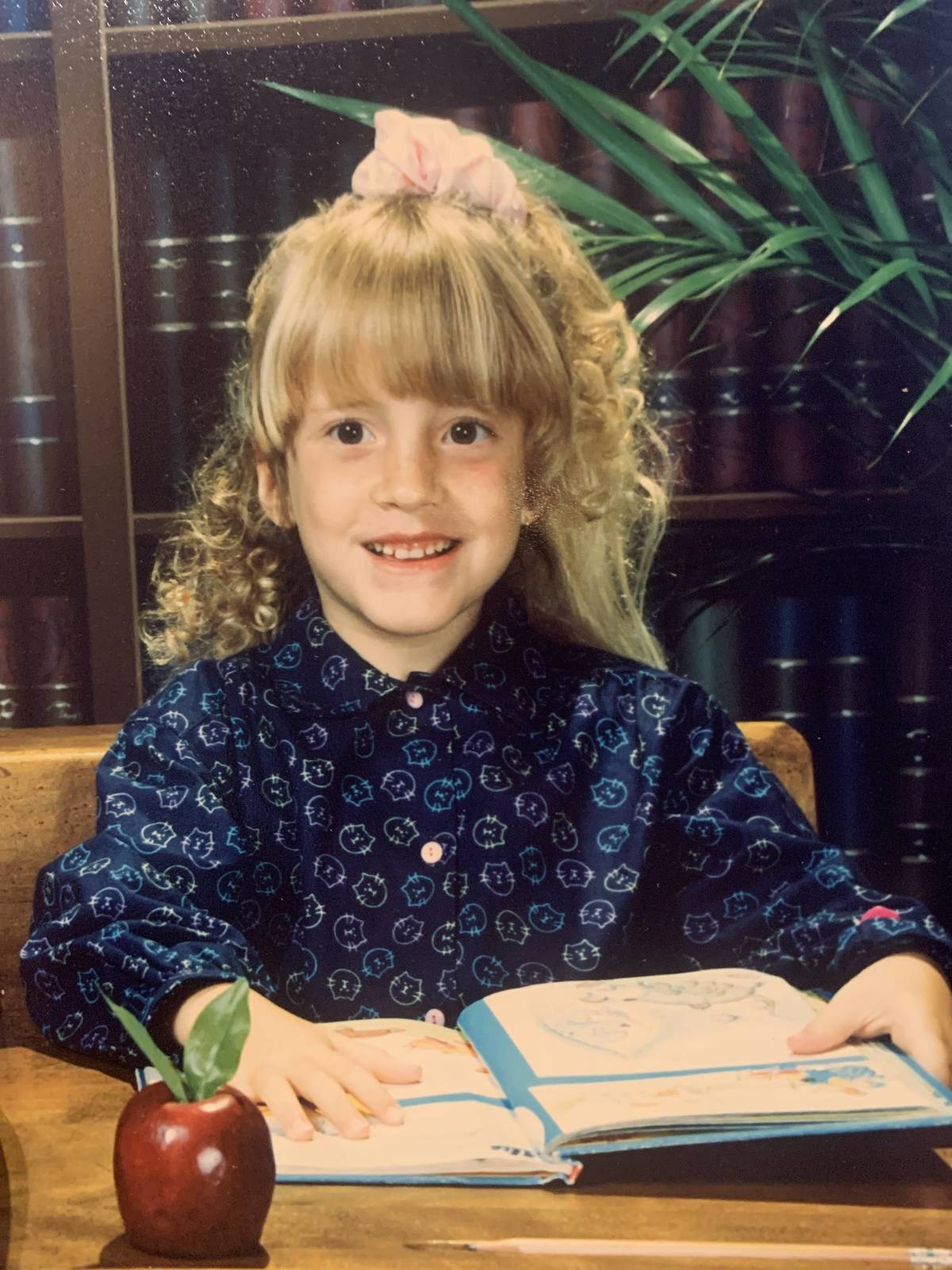 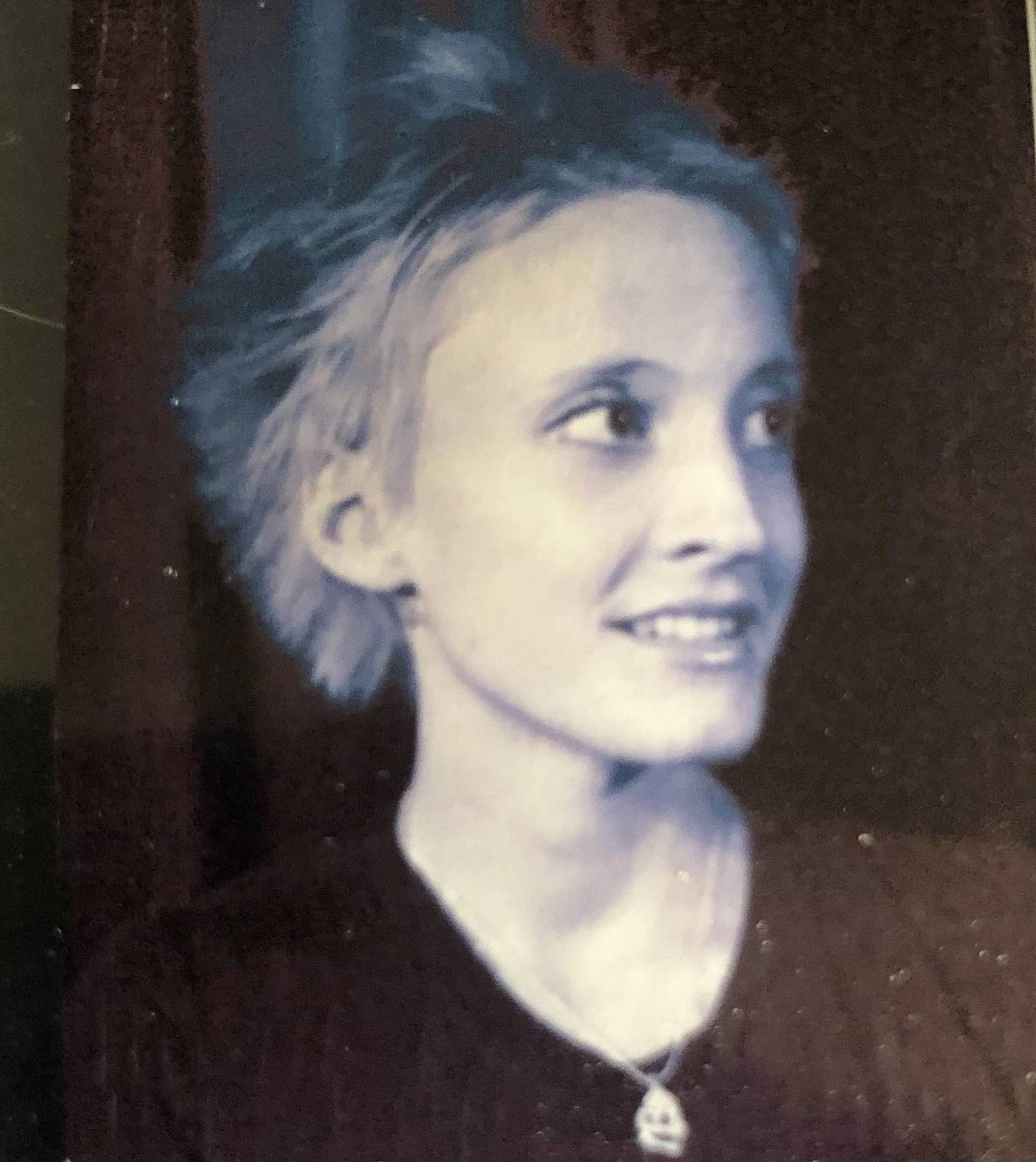 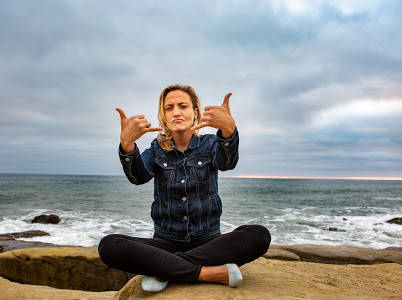 It was 1993. Kalee Garland’s mother took her to her favorite deli and sat her down. “Stand by Me” echoed from the nearby jukebox. Garland had recently fallen ill with an opportunistic infection typically only seen in the elderly. Following some comprehensive testing, the results were clear: Kalee Garland, at just seven years old, was diagnosed with AIDS.

Unbeknownst to her or her parents, Garland had been born with HIV. Her father tested negative; her mother, as it turned out, was living with HIV and had passed it to her by birth. Left undiagnosed and untreated, Garland’s HIV had progressed to AIDS by age seven. She had just seven T-cells and was given only six months to live.

As her mother cried, Garland – her mind filled with images of Magic Johnson TV spots and HIV/AIDS campaigns – looked up to her mother and said, “Don’t be sad, Magic told me ‘HIV can happen to you.’”

Garland, now 34 and settled in San Diego, recalls her childhood – split between her parents’ homes – and how it shaped her worldview and activism today. By 1994, Garland was on one of three medicinal trials she would participate in as a child. The AZT cocktail, the 3TC trial, and the DDI trial, “Which was the worst,” Garland says of the DDI liquid medications.

In the midst of this, Garland took a more active role in learning about HIV and AIDS, even as a child. She had the opportunity to view the AIDS Quilt in person at the National Mall in Washington, D.C. “It was 1994 or 1995, and it was the worst sadness,” Garland says. “I walked around the display [of the AIDS Quilt at the National Mall] and saw all the names and panels with faces and letters. But I then thought, ‘Okay, alright. These are my people. These are my people and I’ve got you.’”

The year 1996 saw the pivotal advent of protease inhibitors, which many long-term survivors credit as the drugs which saved their lives. Garland, still a child at the time, participated in a protease inhibitor study, but was removed from the program when the medications proved to be too brutal for her.

“Here I was, 12 pills a day while still in the closet about my status while in school,” Garland says. “I couldn’t keep up with it and it made me sick – I was this 80-pound girl taking the same dosage as a family friend who was a 220-pound adult man. The doses were way off.”

The harsh truth of stigma, though always present in Garland’s life, really struck her in a decisive, fleeting moment in high school. Garland, a self-described wallflower at that time, was in class at her Northern California high school. One instructor of hers asked for a world news topic from the class each day, which he would then discuss with the students. Though still in the closet about her status, Garland felt validated when a fellow classmate asked if they could discuss the upcoming World AIDS Day. The teacher’s response was a curt no, because “you’ll probably never meet anyone with HIV or AIDS.”

The topic was changed, and while all of the other students likely forgot the quick exchange, Garland never did.

By age 16, Garland’s status finally caught up with her, she says. Between the ages of 16 and 18 she battled meningitis four times; the fourth one became a watershed moment for the young woman. “They had to shave my head. I completed my high school studies through packets,” Garland says. She describes the delicate procedures and medical equipment used to drain excess fluid from her skull. As she navigated her fourth battle with meningitis, her T-cells hit a count of one singular T-cell at one point. “Which is, you know, how low can you go – it’s rock bottom.”

The experience taught her as much about society as it did about her health.

“People out on the streets would look at me, but I don’t think they were aware of the faces they would make,” Garland says. “I was sick, I was like 88 pounds. They looked at me like I didn’t know that about myself. Of course I knew. But did they know how they looked?”

There’s nothing wrong with people who are healing, Garland assures. The “What If It Were You?” HIV campaign images rippled through her life again and again, she noticed. “What if it were you who was sick? Or someone you loved?” Garland poses. “You certainly wouldn’t want to be looked at, or see your loved one looked at this way.”

This period is what Garland calls her “rebirth.” Having shaved her head for meningitis treatment and having felt the worst of public scrutiny, she decided that the only way out was through. She no longer separated her “AIDS life” from her social life. She began presenting authentically as a woman living with AIDS; throughout her twenties, Garland even dabbled in public speaking about her diagnosis.

Garland came out publicly about her AIDS status on a broad scale however on the eve of her 34th birthday by creating an Instagram account with the handle @AIDSbaby86. “I was born in 1986 with HIV, but my health was not discovered until I was seven years old . . . I had seven T-cells, which is full-blown AIDS,” Garland explained on her first post, a two-minute intro video. Though she has held public speaking events in San Diego annually since she was 19, she was not active on social media prior to her Instagram account. “I don’t really like cameras; I live in the moment,” she says. “I love privacy; I’m not starved for attention, I just have a light in me to share and social media is fruitful.”

Upon returning, she discovered that the message resonated with many others across the social media platform. Friends of Garland’s commented praise (“I’m so proud to know you”) while strangers from the internet lauded her words and encouraged her to keep fighting the stigma.

She created a presence on Instagram – “I figured out hashtags,” she jokes – and began uploading regular videos to her account. Tales from her life and the reasons she keeps fighting the stigma. Accompanying photos show Garland as an infant; as a six year old; and as a 19-year old, having recovered from her fourth battle with Cryptococcal meningitis a year earlier alongside her chart indicating her single T-cell at the time. A portion of the caption reads, “Still loving life.”

She occasionally shifts the focus away from her own story to empower others with words of encouragement like, “Remember to tell people to go fuck themselves if they’re putting you down.” For Garland’s followers, she provides a brand of brash and digestible activism that uplifts and emboldens a generation of people tired of playing nice with a sect of society that never regarded them to begin with.

“I want to build an army,” Garland says. “An organism needs an environment to thrive. We are organisms. We need an environment, not just a house. I’ve heard stories of people treating their own family members with HIV poorly – love is so, so, so important.”

The army she daydreams of is that of the people whose lives she touches. Planting seeds of love and empowerment among them, she vows to continue her work as a “stigma warrior” to remind people of the light they have inside themselves, even when society at large has tried to extinguish it over something like an HIV or AIDS diagnosis.

“I never thought my AIDS was bad. I never did,” Garland says. “There’s nothing wrong with me. I’m not dirty or bad. It’s people who act badly; who project those feelings onto me and others.”

Don’t give them the power, she asserts.

As Garland’s paternal uncle laid in a hospital bed fighting cancer, she visited him. Before he passed, he left Garland with a piece of advice: “Settling is for losers.” Like many strong women, Garland persists.

Moving forward, Garland hopes to publish a book on her work in the HIV/AIDS field, like she promised her uncle she would. The book of Garland’s beliefs will be grounded in her assertion that your mental health is paramount to your whole health, and will likely serve as a catalogue of accomplishments and affirmations from the collaborative efforts she has made – and will continue to make – in her anti-stigma crusade. Further, she would like to see compulsory HIV testing at universities, like most campuses already require for hepatitis and bacterial meningitis for students living on-campus.

Though Garland is still new to the activism space, the work ahead does not daunt her nor has the newfound role inflated her ego. “I want to collaborate,” Garland says. “I am mediocre without other people. I want to share other people’s stories and they share mine.”

“Your status shouldn’t be stigmatized,” she continues. “I advocate that people be in control of their health; that they find strength and safety in it. If you’re in a situation with others who make you feel unsafe, just go. Don’t internalize other people’s projections.”

Her message knows no age limit, either. Perhaps because her own childhood was viewed through the lens of AIDS, Garland advocates for children to live fulfilling childhoods as much as she offers strongly-worded affirmations for adults.

“I don’t feel like I missed out on my childhood or anything,” Garland says. “I still had a childhood.” Garland has worked as a nanny for much of her adult life. One teen, who Garland has cared for since the child was five months old, she affectionately refers to as her “fairy goddaughter.” Children are malleable, Garland says, and teaching them compassion and love from an early age will foster adults who live life empathetically, she argues – a building block for ending stigma from the root up.

“Surround yourself with people who uplift you,” Garland says, going back to basics. “Lean into yourself. Love you first.”

@willlefevre did the black and white photos