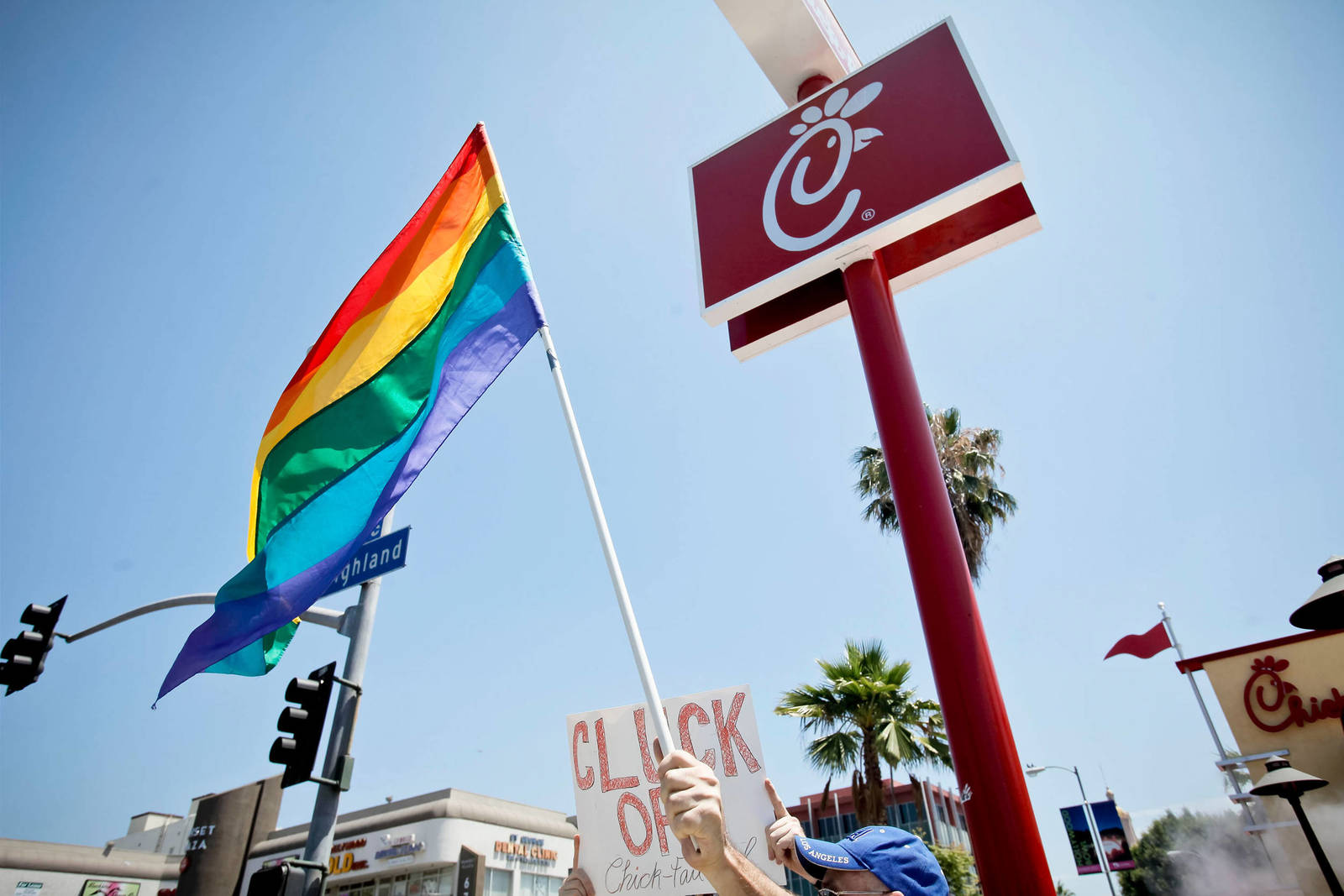 Friday, May 17, 2019 – Congress passed the historic Equality Act. Which was the first time Congress has ever approved a comprehensive LGBTQ civil rights bill that provides protection for LGBTQ persons nationwide. The bill prohibits discrimination based on sex, gender identity, and sexual orientation. However, Texas lawmakers are doing everything that they can to still make it ok for businesses and persons to openly discriminate against the LGBTQ community.

In March, the San Antonio city council approved a new contract for the San Antonio International Airport. However, it came with one condition; The contract had to exclude Chick-Fil-A. This decision came after it was discovered that Chick-Fil-A had been and still is, donating tons of money to religious groups that openly discriminate against the LGBTQ community and oppose LGBTQ rights. In retaliation, Texas lawmakers are fighting for new legislation that was introduced that ultimately allows organizations, businesses, and people to openly discriminate against LGBTQ person based on, “their religious beliefs.” This is how it adopted the nickname, “Save Chick-Fil-A Bill.”

Weeks ago, the Texas House killed the bill. However, Monday (05/13/2019) the Texas Senate decided to revive the bill by waiving rules that allowed the bill to be heard in committee without public notice. Minutes later the Affairs Committee held a speedy public hearing on the bill (with no speakers) which was then advanced to the full senate. Tuesday (05/14/2019), the Senate approved the bill 19-12. By Thursday (05/16/2019), the Senate passed the bill, moving it to the House for further deliberation.

After further debate on this bill Monday (05/20/2019), it was officially passed by a vote of 79-62. This is extremely disheartening on so many levels. Texas LGBTQ caucus founding member Rep. Julie Johnson said it best when she said, “SB 1978 contradicts the very principle on which this country was founded by. The only purpose of this bill is to promote prejudice towards me and my family.”

Rep. Johnson’s comments on the bill clearly point out the impact that this bill will now have on LGBTQ community members across the State of Texas. One of my biggest concerns with this bill is the possible discrimination against persons living with HIV and their access to quality healthcare. Which is a human right and not a privilege. This bill makes it okay for physicians and clinics to deny services to a person simply because of their affiliation within the LGBTQ community. This also would allow pharmacies to openly discriminate against LGBTQ persons and deny them their medicines and blame it on their “religious beliefs”. This can be extremely dangerous for some Texas residents as they may live in rural areas where they only have a few or just one pharmacy location within the city.

While our country has come a long way as it relates to equality and acceptance of the LGBTQ community, Texas is still far behind. In a state where we say “Ya’ll means all,” I’m starting to realize that all applies only to folks who are not disabled, women, people of color, and of the LGBTQ community.

We have a long way to go. As the fight continues we must organize and strategize. With the 2020 election just around the corner, it is imperative to ensure that we are pushing for and electing folks on a local and state level that ultimately have all our best interest at heart. This fight is just one battle in this war that we are all fighting to ensure that we create a better tomorrow for not just some, but all Texans.