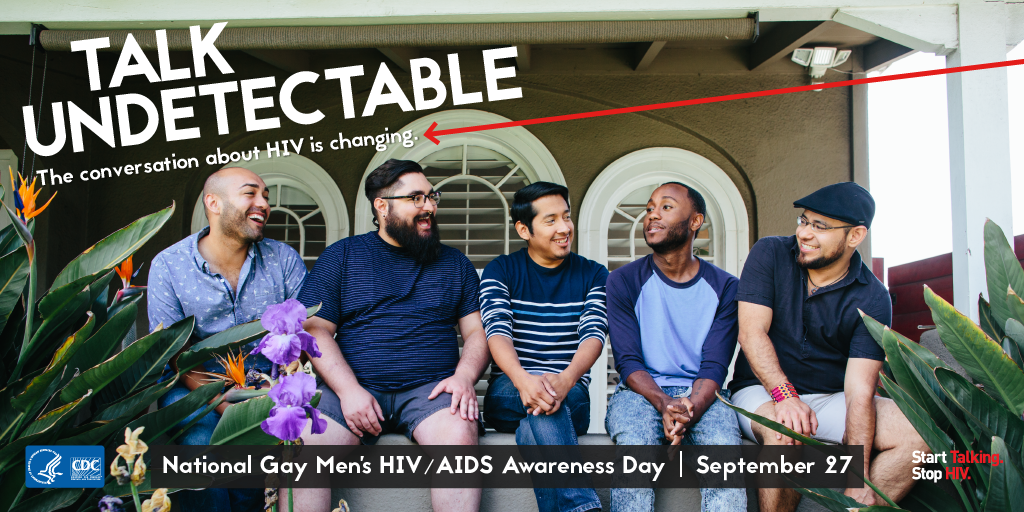 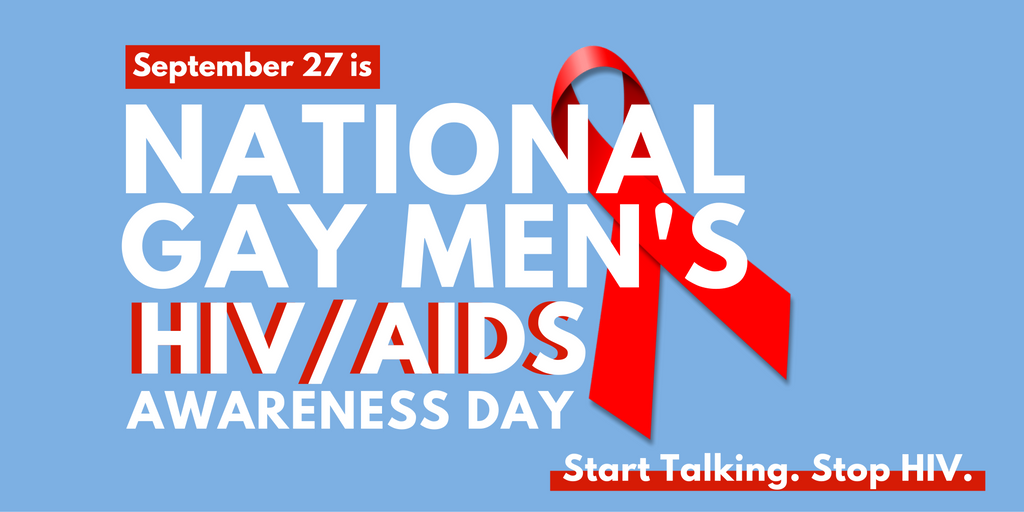 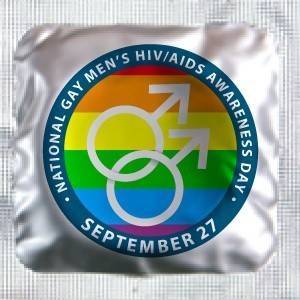 National Gay Men’s HIV/AIDS Awareness Day is September 27th this year. While not a holiday celebrated with potato salad, hot dogs, and fireworks, you can acknowledge the day by donating your money (if you have the means), your time (if you have the freedom), and punching phobia and stigma in its proverbial face all year round. While you’re at it, break out that potato salad as well. Live a little.

But National Gay Men’s HIV/AIDS Awareness Day, aside from being a mouthful to say, seems a bit redundant. Rather, the qualifier in the name seems redundant. It would be like renaming October “White Women’s Breast Cancer Awareness Month”; white women are already the most normalized face of the disease, would including them in the name be necessary? In the case of National Gay Men’s HIV/AIDS Awareness Day, too many conversations about HIV, and gay men in general, are either centered around or conducted by cisgender white gay men who meet or exceed societal beauty standards. This allows this particular demographic and their experiences to seem representative of all gay men’s experiences, regardless of race, in the minds of much of the public. This is not to say that these men are not also greatly affected by HIV and in need of support and resources. However, given their privilege within our community, they also have a greater probability of having access to the healthcare they need and the financial security to afford the costly repercussions of said healthcare.

Despite being some of the most normalized faces of the movement, white gay men are actually one of the least affected major demographics of gay men in terms of HIV transmission. Statistics on HIV.gov state that black gay men make up the largest number of gay men living with HIV, followed by Hispanic gay men, followed by white gay men. In fact, whereas transmission in white gay men has dropped significantly in recent years, black men’s transmission rates have generally stayed stable and Hispanic men’s rates have actually risen. HIV should be concerning for all demographics, races, orientations, and genders. However, when we have awareness days for the aging (9/18), the Latinx community (10/15), the black community (2/7), Native communities (3/20), Youth (4/10), and Asian and Pacific Islander Communities (5/19), it seems ineffective to have a “Gay Men’s” day when a majority of the cases within those other communities are from people that HIV.gov, and almost all scientific resources, would also lump into the category of “gay men”.

According to the CDC, gay and bisexual men account for 67% of all HIV diagnoses. Throughout their statistics, they also use the oft utilized “men who have sex with men” descriptor as well to denote this demographic. But what of the trans community? A simple search function on the HIV.gov page regarding HIV transmission statistics reveals five matches for “trans”: four “transmissions” and one “transmitting”. Not a single mention of HIV-positive transgender individuals, specifically the transgender women who are disproportionately affected within the trans community, appear on the page. Of all the days of awareness that have been created for affected groups, the only day geared towards trans people is a National Transgender HIV Testing Day (4/18), a separation from the general over-arching National HIV Testing Day on June 27th, the day after the anniversary of the Stonewall Riots; an event which has also been cis-washed over the decades.

In addition, what of the HIV-positive genderqueer and non-binary people who do not belong roped in to a “men who have sex with men” category? Why are gay men, even given their disproportionate percentage of HIV diagnoses, the only queer group to be singled out with a specific awareness day? Transgender people with HIV outnumber the Asian and Pacific Islander HIV-positive population, and yet there is only an awareness day for the Asian and Pacific Islander community. The queer communities that already lack visibility in the mainstream should not lack it within health organizations and charities. To be on the frontlines of social and health reform is to be constantly adjusting and updating. If we want the global perception of HIV and PLHIV to change, we must release outdated language from our unknowingly tight grasp.