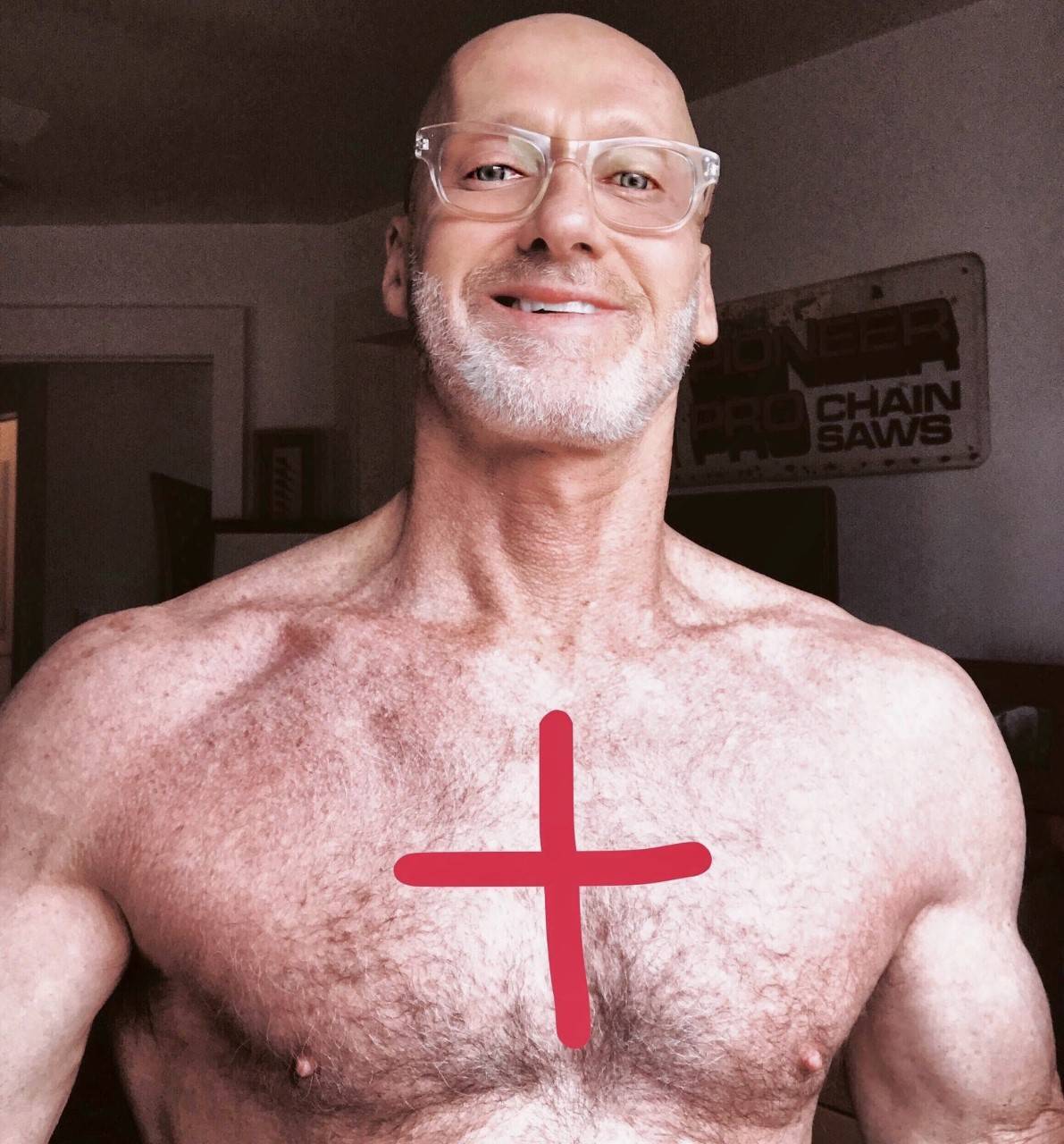 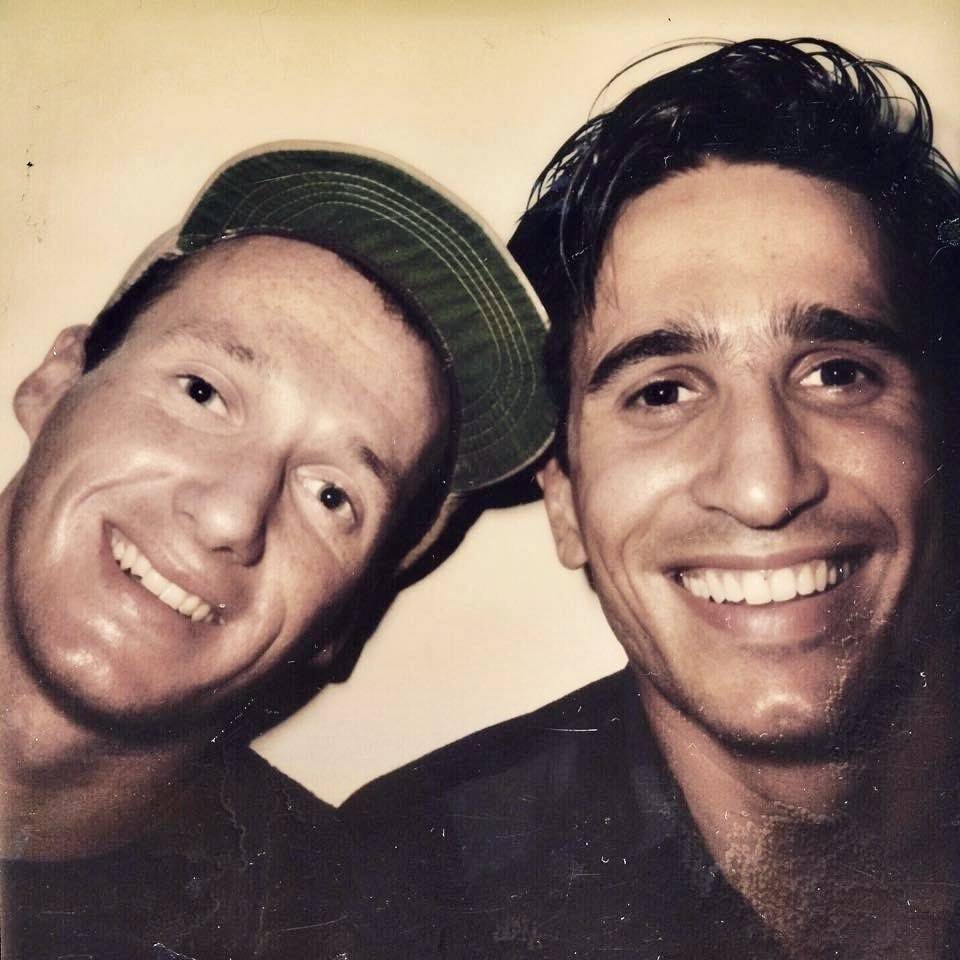 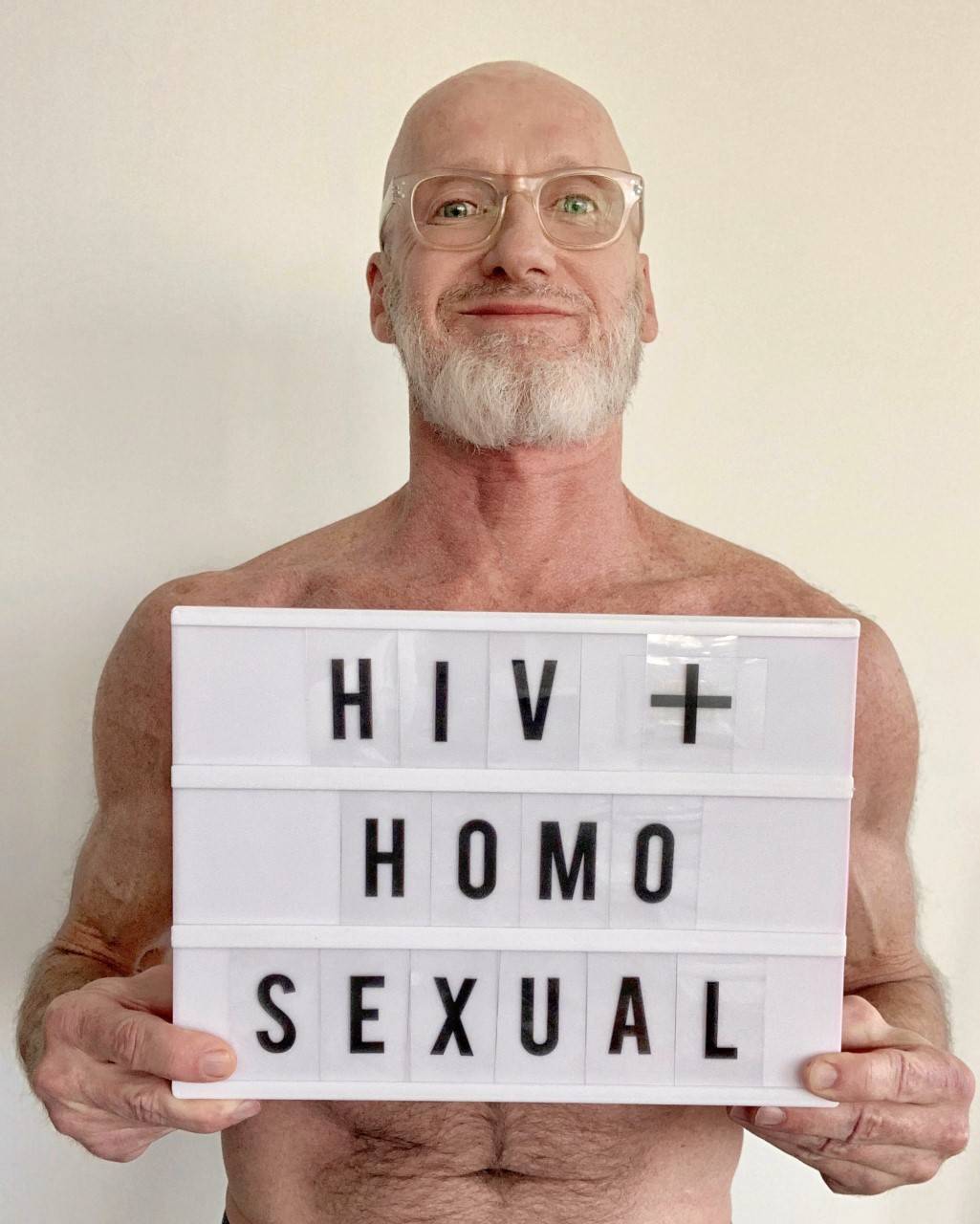 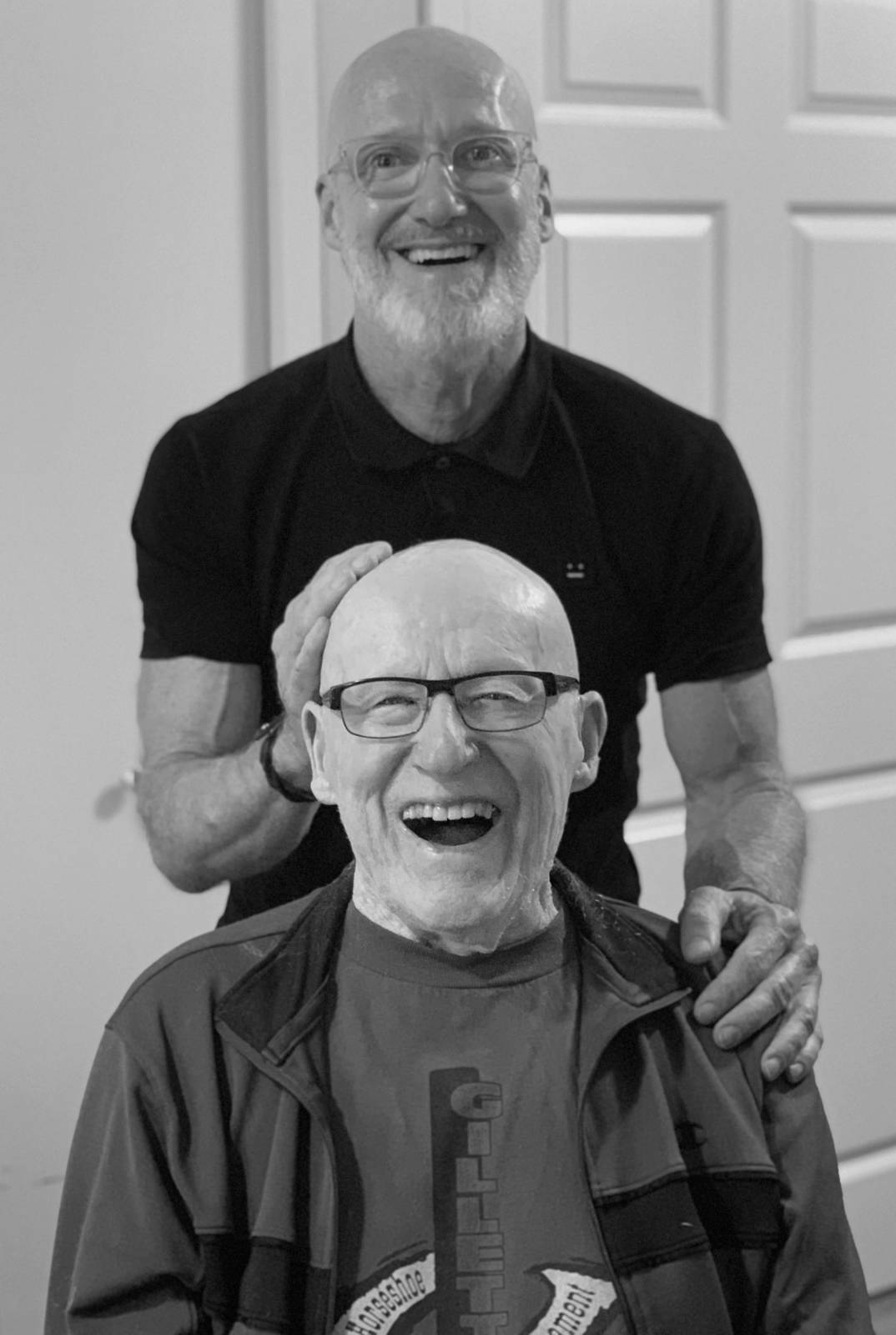 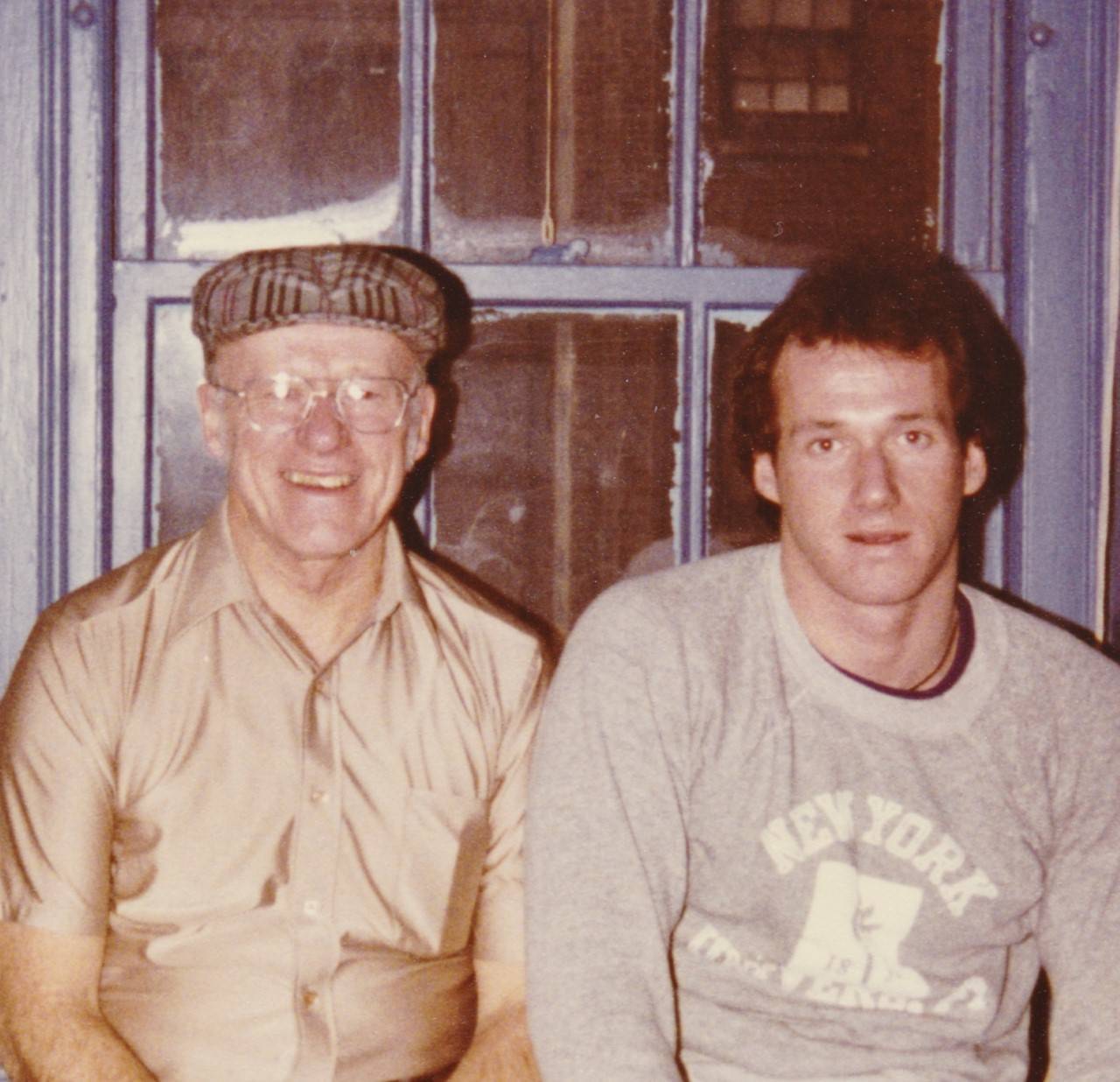 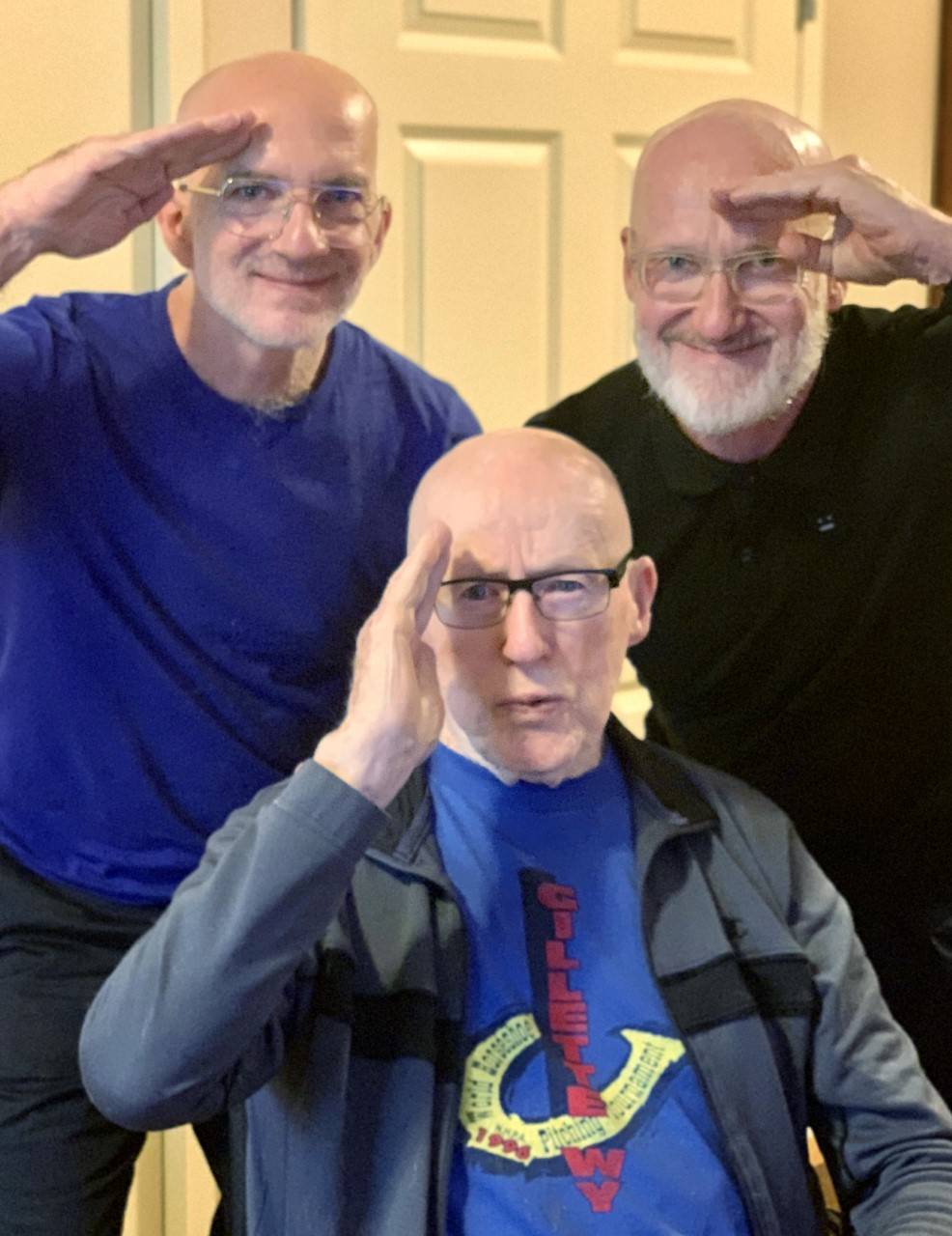 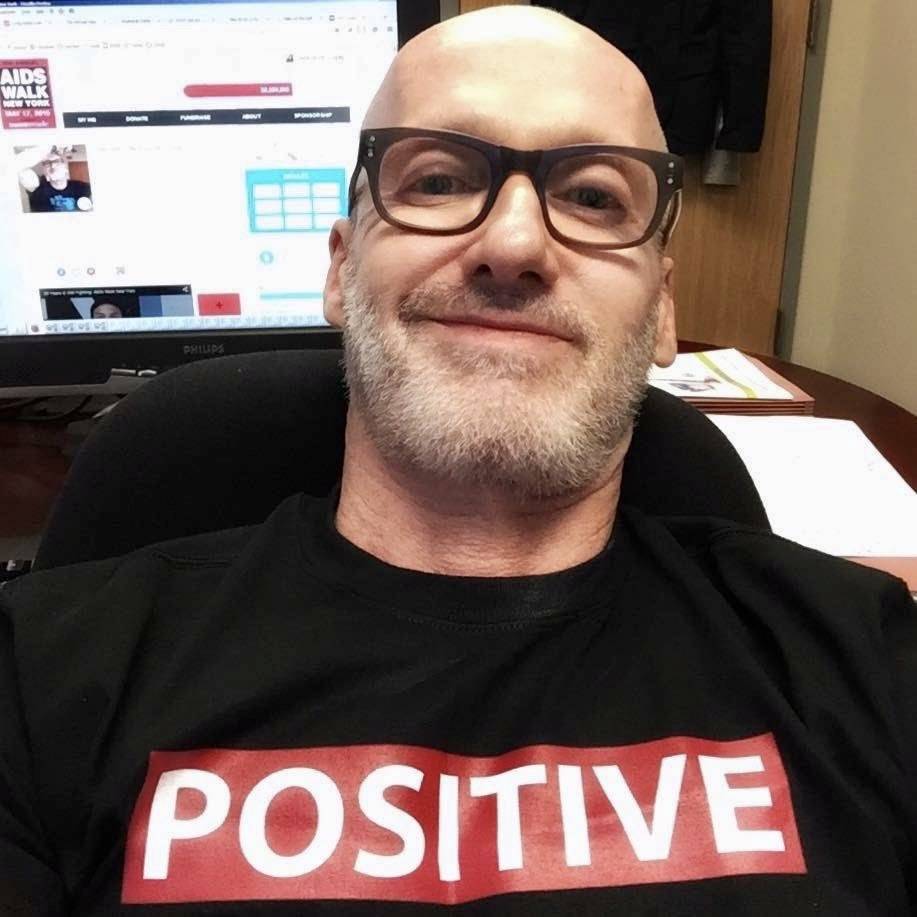 Look for the Helpers: Mark Quigley

When I was a boy and I would see scary things in the news, my mother would say to me, “Look for the helpers. You will always find people who are helping.”

In 1983, as Fred Rogers’ now infamous quote from Mister Rogers Talks With Parents was being sealed in ink in preparation for release, a 25-year-old Mark Quigley was living on the Upper West Side of Manhattan with little awareness that he was, and would spend his entire life being, one of those “helpers”.

Quigley moved to New York from his hometown in New Jersey in 1981; the same year the Times’ “Rare Cancer Seen in 41 Homosexuals” article was published.  When the piece came out in July of that year, Quigley recalls sitting at his parents’ breakfast table and his father throwing down the piece (buried on page A20) in front of him.  Mark had only recently come out to his family, and this news coming in conjunction with his move to the big city more than concerned his father.

The recent Rutgers grad worked in the insurance industry when he first moved to New York, but always dedicated significant time to helping those suffering in his community. Mark was a GMHC (Gay Men’s Health Crisis) “Buddy” toward the beginning of the organization’s tenure; providing comfort, groceries, handywork, companionship, or anything else that was needed for people suffering from HIV/AIDS before there was treatment or valuable information available.  Recalling frequent visits to the dark apartment of a bed-ridden young client, “I would go over there once a week and rub his feet, bring him something special to eat. He couldn’t really eat much anymore. So, I saw what it was. I saw the face of AIDS.”

It was in this same period that Mark found love for the first time.  He had dated in the city for a couple years but finally met Douglas in 1982.  After almost two years of being together, while on vacation in Puerto Rico, Douglas came down with a cough that would not go away. After returning, Douglas was diagnosed with HIV/AIDS. Only a short time thereafter, Mark himself was diagnosed.   But Mark’s diagnoses came about slightly differently.

Having no symptoms himself, Mark found out because of a medical study he was participating in.  Every month, he had been going to the New York Blood Center for plasmapheresis in order to help them develop a vaccine for Hepatitis B.  At the time of a donation after Douglas had recently been diagnosed, the doctor informed him they could no longer use him in the study because he had also contracted the virus.

Although the community had been in a panic for some time, Mark and Douglas hadn’t expected to share a similar fate to the people around them:

"I think Douglas and I thought it wasn’t going to be an issue for us, oddly enough, because we were pretty much monogamous.  We had been together for a couple years.  People didn’t know what caused it.  ‘Oh, it’s poppers.’ ‘ You’re doing crazy things at bathhouses.’   We weren’t.  We saw it happening around us.  It was denial. Like, this is too scary to even contemplate.

While Mark showed no signs of ill health, Douglas deteriorated rapidly.  With no significant medication available, there was little that could be done for him or his suffering.  He died five months after he was diagnosed.

At 26 years old, Mark not only had been handed a diagnosis which, at the time, felt like a death sentence, but he was forced to bury his first love.  In the aftermath, Mark recalls trying to figure out what to do.  “‘What am I going to do with the rest of my life’ As if I had one. Denial out of necessity.”

To cope with his year of trauma, Mark shut himself out of the community for a bit.  He became entrenched in work.  While others took lavish trips after their positive diagnoses knowing fully they might not get the chance again, Mark chose a different route.  His survival instinct led him to barrel down in work and save as much as he could; preparations for a future for which he was determined to be around.

During this period, about six months after Douglas’ passing,  Mark’s inherent “helper” mentality led him to join a caregiver’s group at GMHC.  “People came in and out because caregivers became sufferers of AIDS and they would pass away.  Somebody else would join the group.  That saved my life, because I was in shock after he died.  I think I was in…I just couldn’t believe it. It was too much.”

Douglas wasn’t the only loss Mark had to endure.  Mark also lost two ex-boyfriends; one immediately before Douglas’ passing, one a year afterward.  An overwhelming anxiety festered within him.  “Initially I was afraid to touch people.  I was afraid to hug my nieces.  Not that they were reacting that way, but that’s how I felt - contaminated…The everyday anxiety of ‘what’s that on my skin?’,  ‘oh my god, I have a fever! ’ That went on for a while.”

He gradually became more comfortable and confident navigating sex and intimacy with other men again.  Unfortunately, this was just in time for his health to begin to diminish. After years of living healthily and symptom-less with HIV, the virus finally began taking hold of his immune system in the mid-nineties, starting with a case of the chicken pox.  As the nineties progressed, he was placed on Crixivan, a protease inhibitor that was proving effective and becoming more widely accessible for HIV positive individuals at the time. Every eight hours he would take his dosage with food and endure the gastrointestinal issues and headaches that would follow.

Being a long-term survivor, Mark has witnessed first-hand the medication become more effective and be accompanied with fewer and fewer side effects.  Today, his checkups mainly consist of tests for more run-of-the-mill ailments any 61-year-old would be concerned about.  “Chances are that is what will do me in; something mundane!”

Mark will continue to deal with the grief and guilt he was left with after Douglas’ passing.  It is a part of him now.  But Mark has manifested that unimaginable pain into a drive to usher others through their own healing process.  Since untethering himself from shame and coming out publicly as positive in 2015, Mark has served as a beacon of hope and comfort for people both young and old living with HIV.

Thanks almost entirely to Instagram’s global reach, Mark has guided PLHIV from Jersey City to Senegal.  Recently Mark went as far as to video chat with the parents of a young man recently diagnosed with HIV to help alleviate their fears.  He always starts his guidance in a similar way.  “Listen, you’re going to be okay. Believe me.  Trust me.  You’re going to be okay…Your life may be ‘changed’, but it’s going to be the same.”  He makes sure they have some kind of support system.  If they don’t, they have him.  “This is the least I can do at this point.”

Mark’s caregiving spirit did not materialize from nothing.  It was part of his upbringing.  He can trace it to the very father who flung down the “Rare Cancer” New York Times article on the breakfast table; the very man who stood by his son through his diagnosis and the loss of his partner and supported his son through recovery.  A man who was a caregiver to his own older siblings as they aged and suffered ailments of their own.  Mark’s father served as a sublime example of a helper.

A short while after Douglas had been diagnosed but before his death, Mark had taken a bus out to New Jersey to have dinner with his parents.  As his father drove him back to the bus station, he took the opportunity to challenge his son’s fortitude.

"I remember I was about to get back on the bus to go home to the city and my dad looked at me.  He said, ‘What are you gonna do?’ I remember I got angry and I said, ‘What do you mean-…What do you mean what am I gonna do?  Of course you know what I’m gonna do!  I’m gonna be there for him!’  Lately, I’ve thought to myself, maybe that was my dad trying to make myself clear about that…He wanted to hear me say that."

As Mark watches his own father age, he reflects on how lucky he is to still be living and thriving.  But he also recognizes that he, and people like him, will not always be here to tell their stories.  “We’re aging.  There will be a time when there won’t be anybody left that remembers [or] was there.  So, share.  Share your story.  It’s a very important part of our history.  Who better than us to tell it?  It’s empowering to have made it this far.”

If you have never taken the opportunity to sit down with someone from the crisis era and hear their story, I would urge you to do it.  The yearly recognition of World AIDS Day should not need to be our reminder to do so, or our reasoning for actually following through.  The inspiration that was given to me through my own conversation with Mark can only be summed up using that same quoted material of Fred Rogers’:

I remember my mother’s words and I am always comforted by realizing that there are still so many helpers – so many caring people in this world.