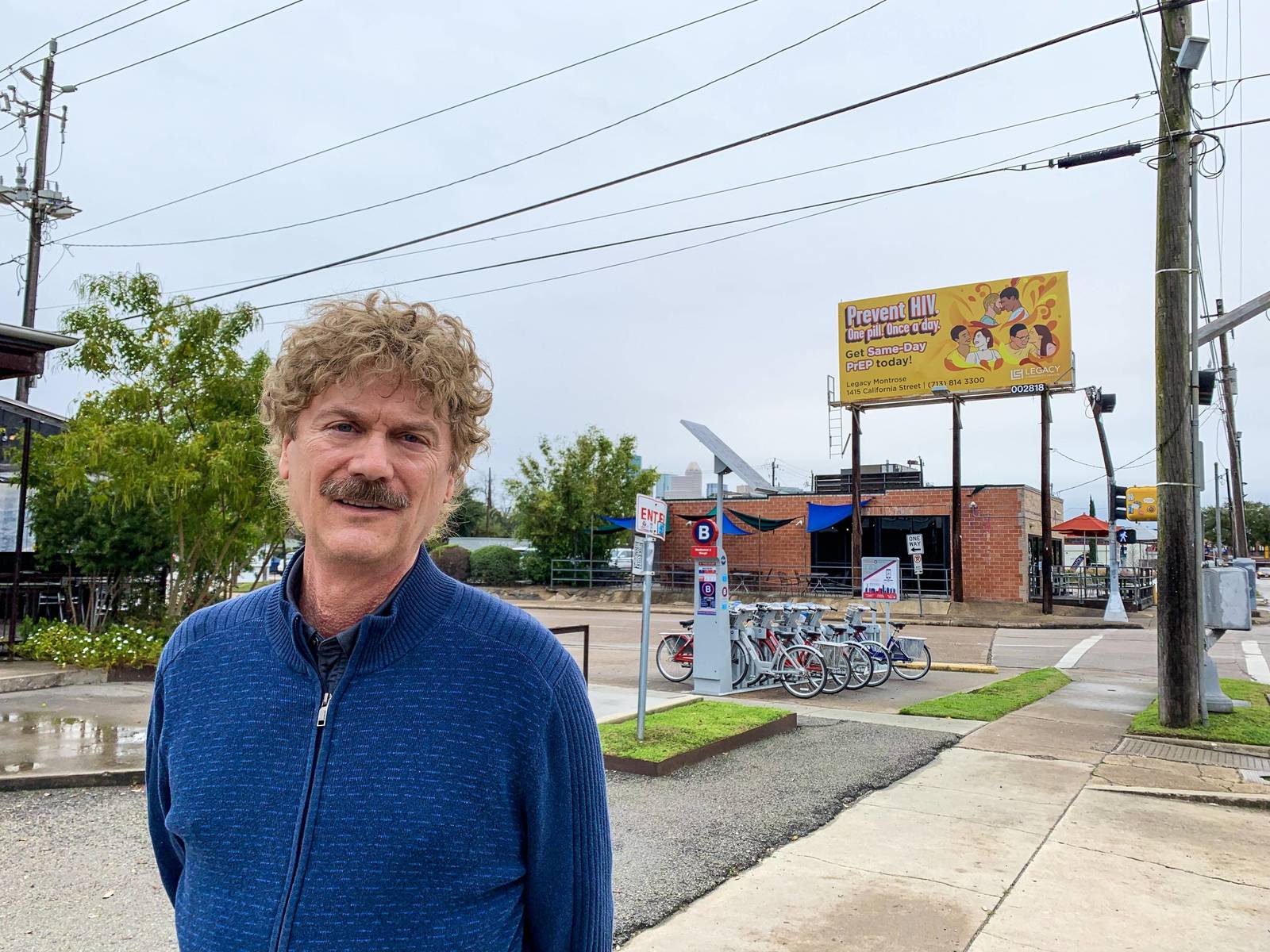 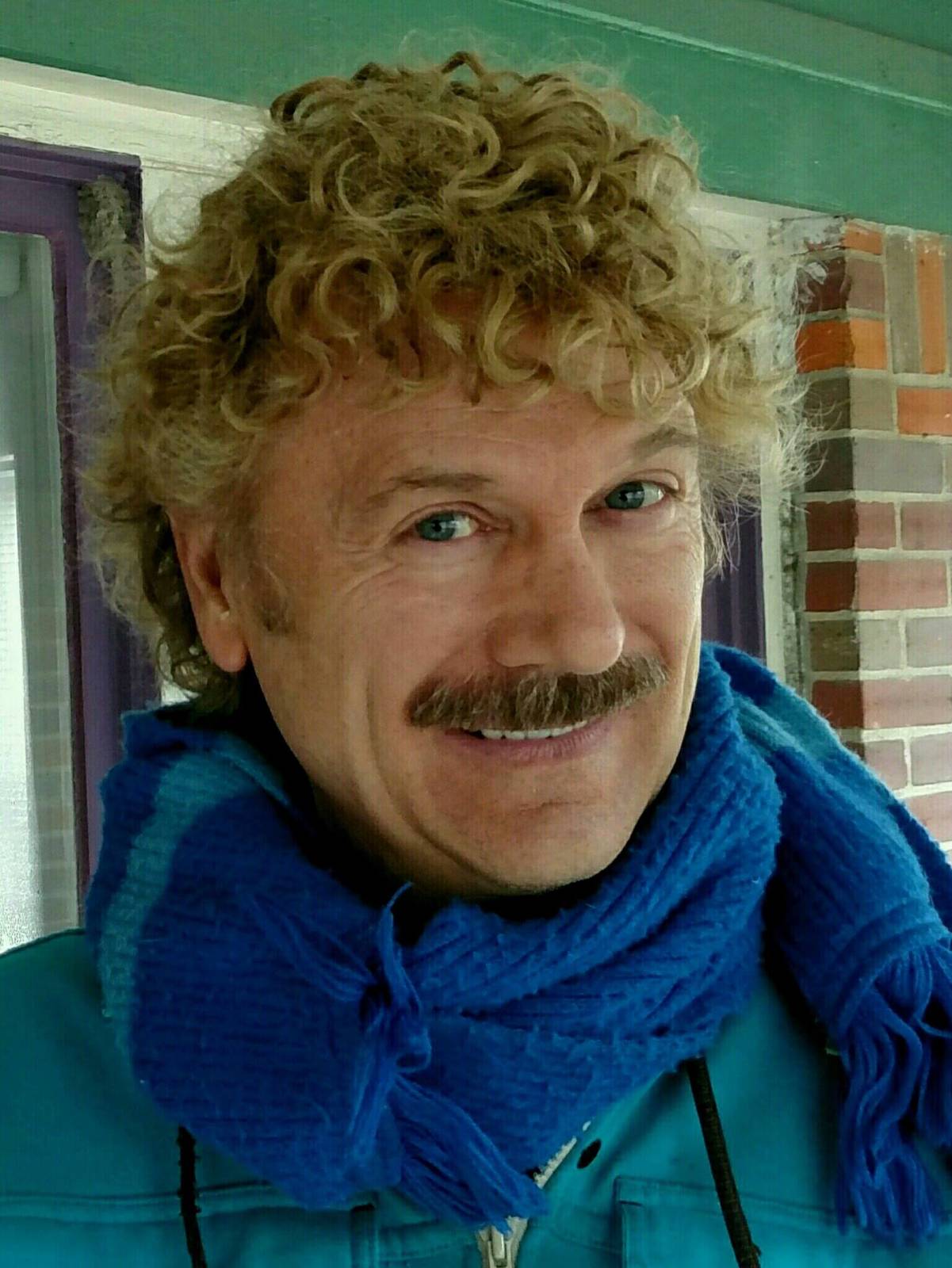 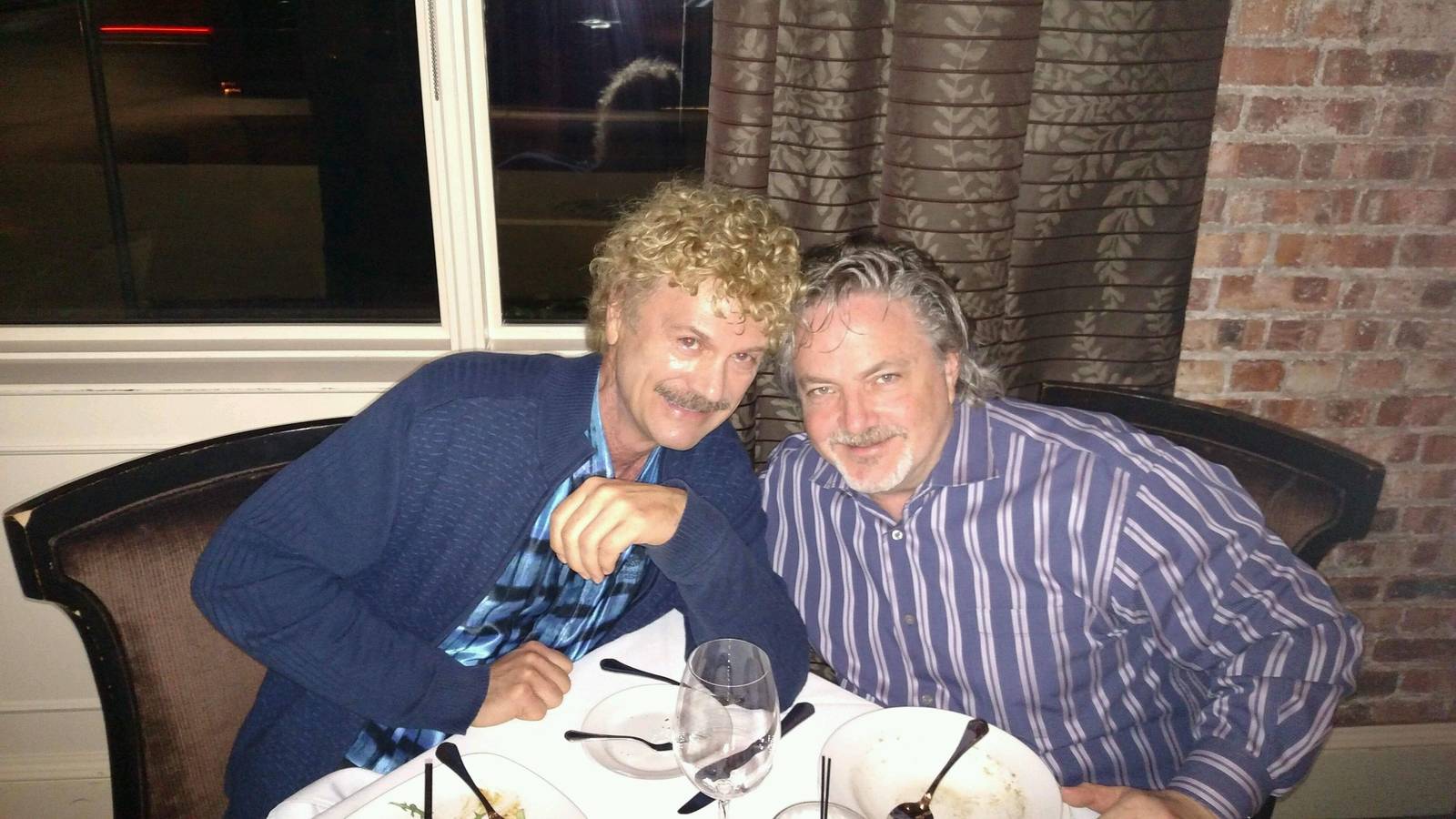 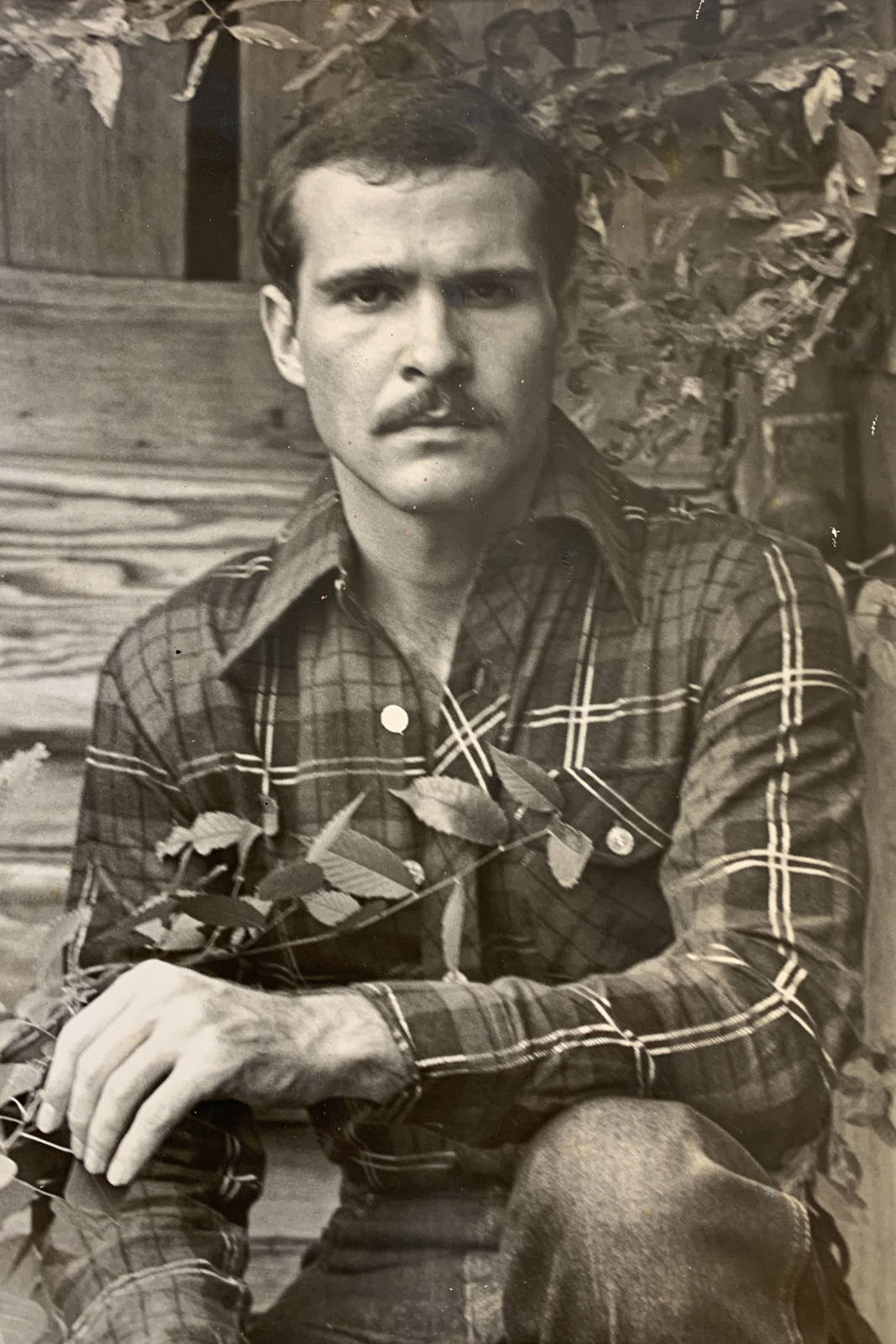 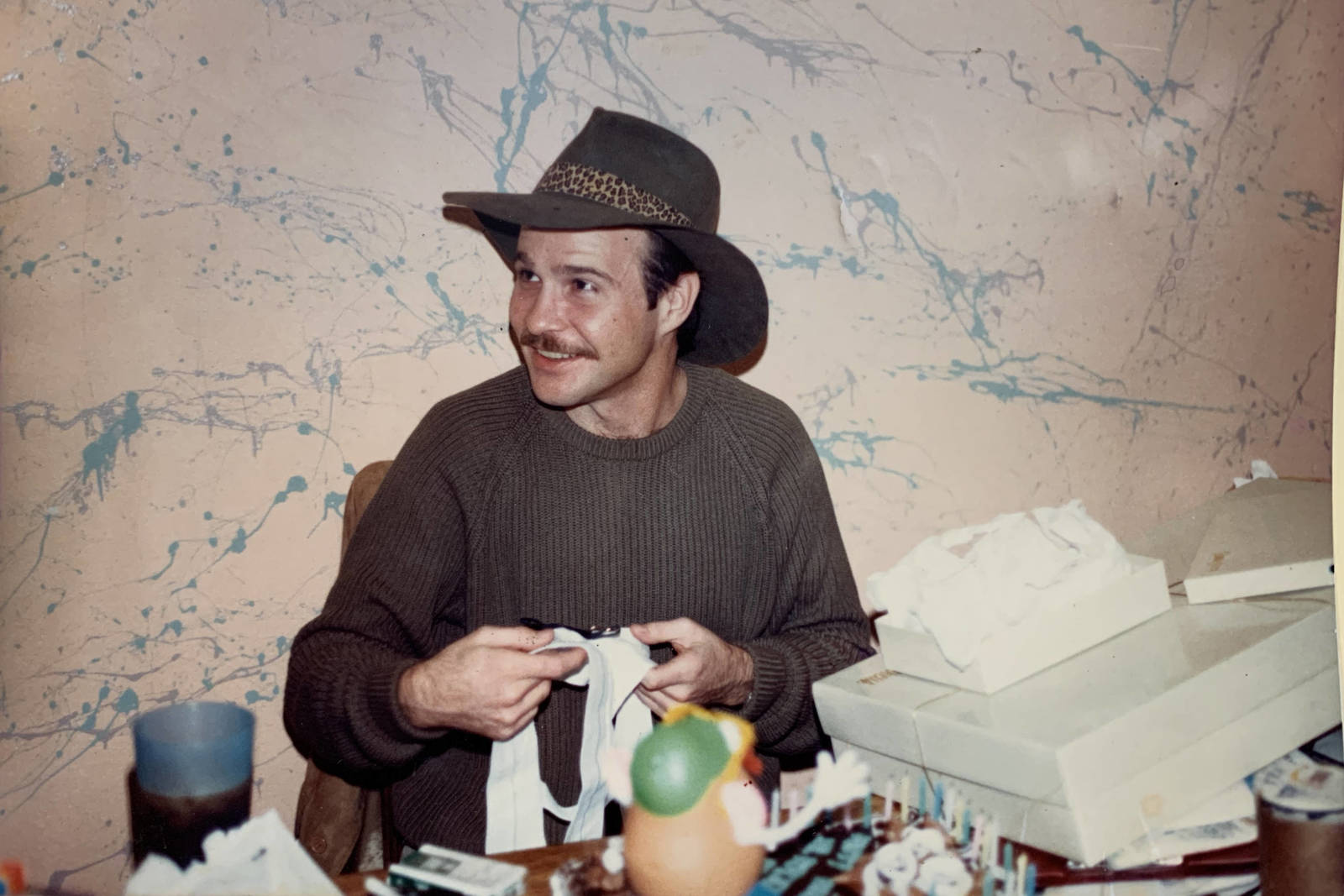 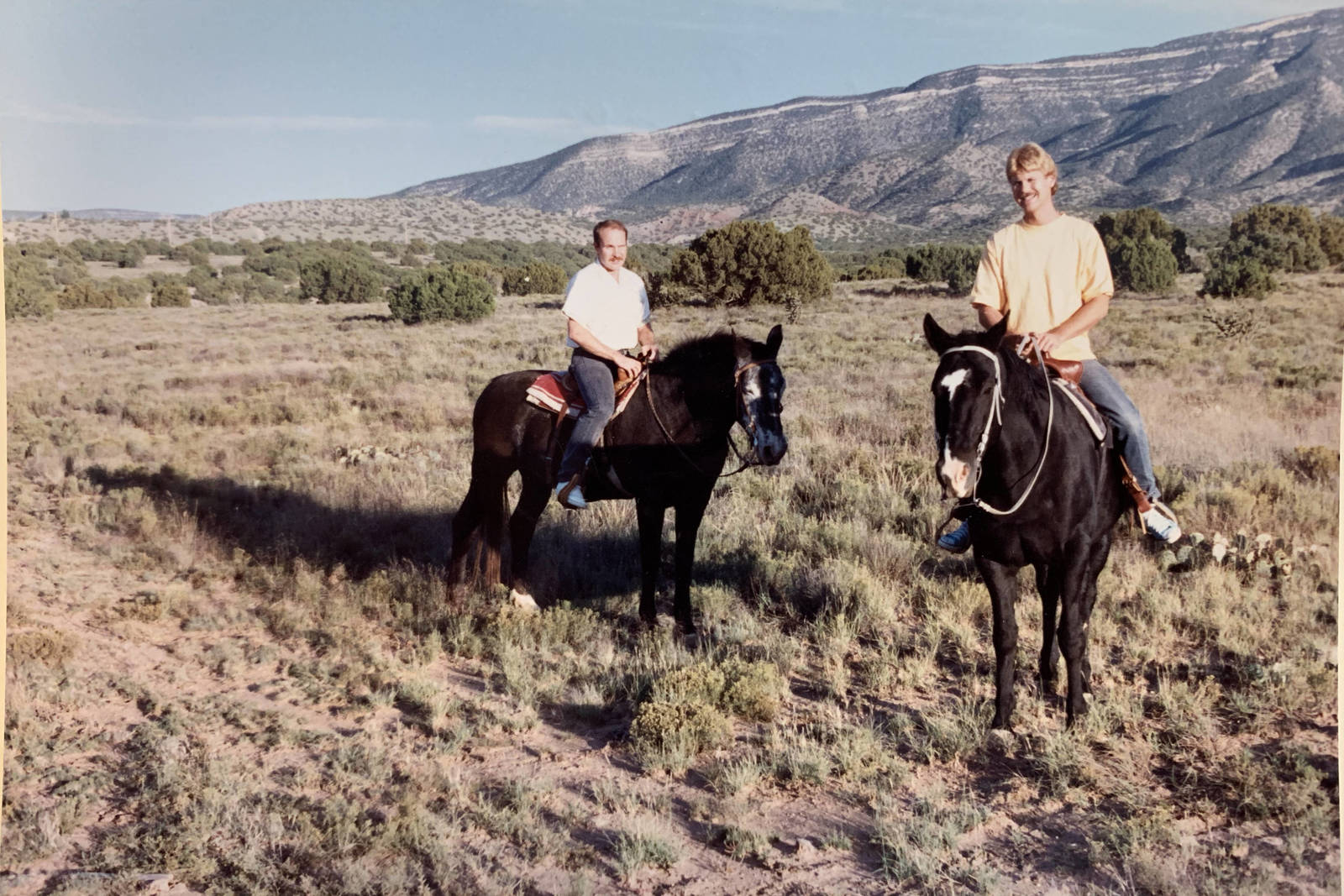 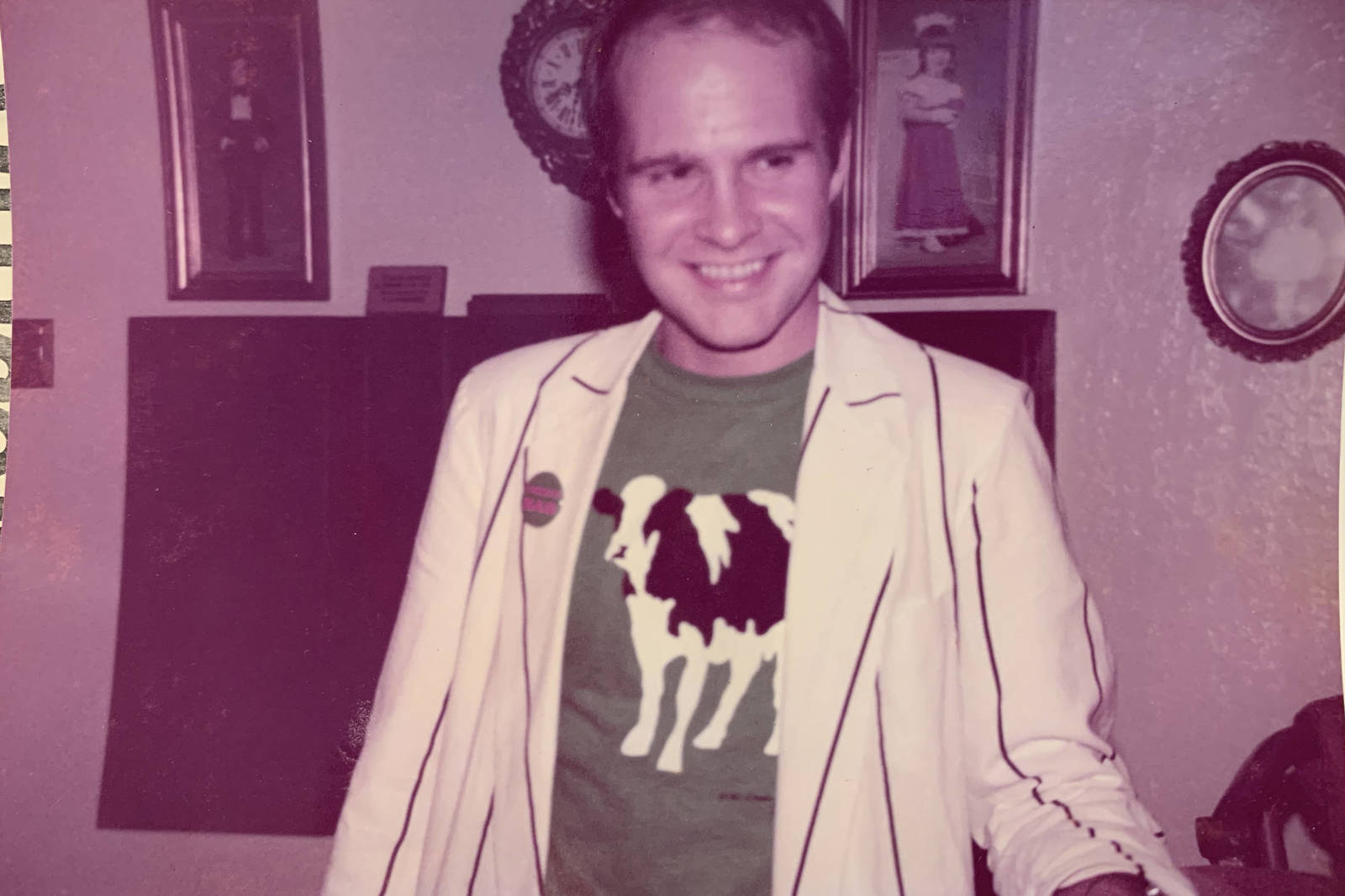 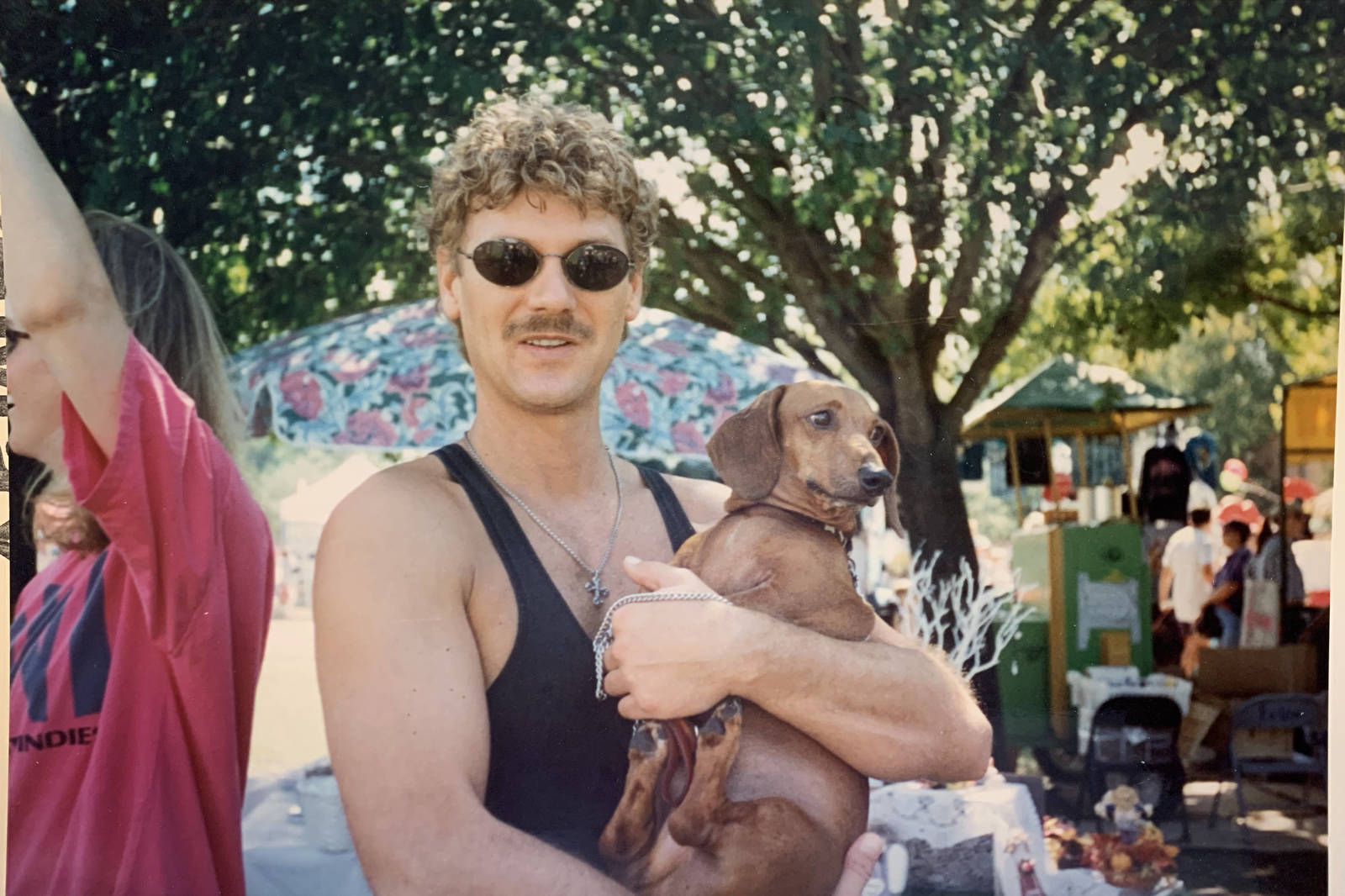 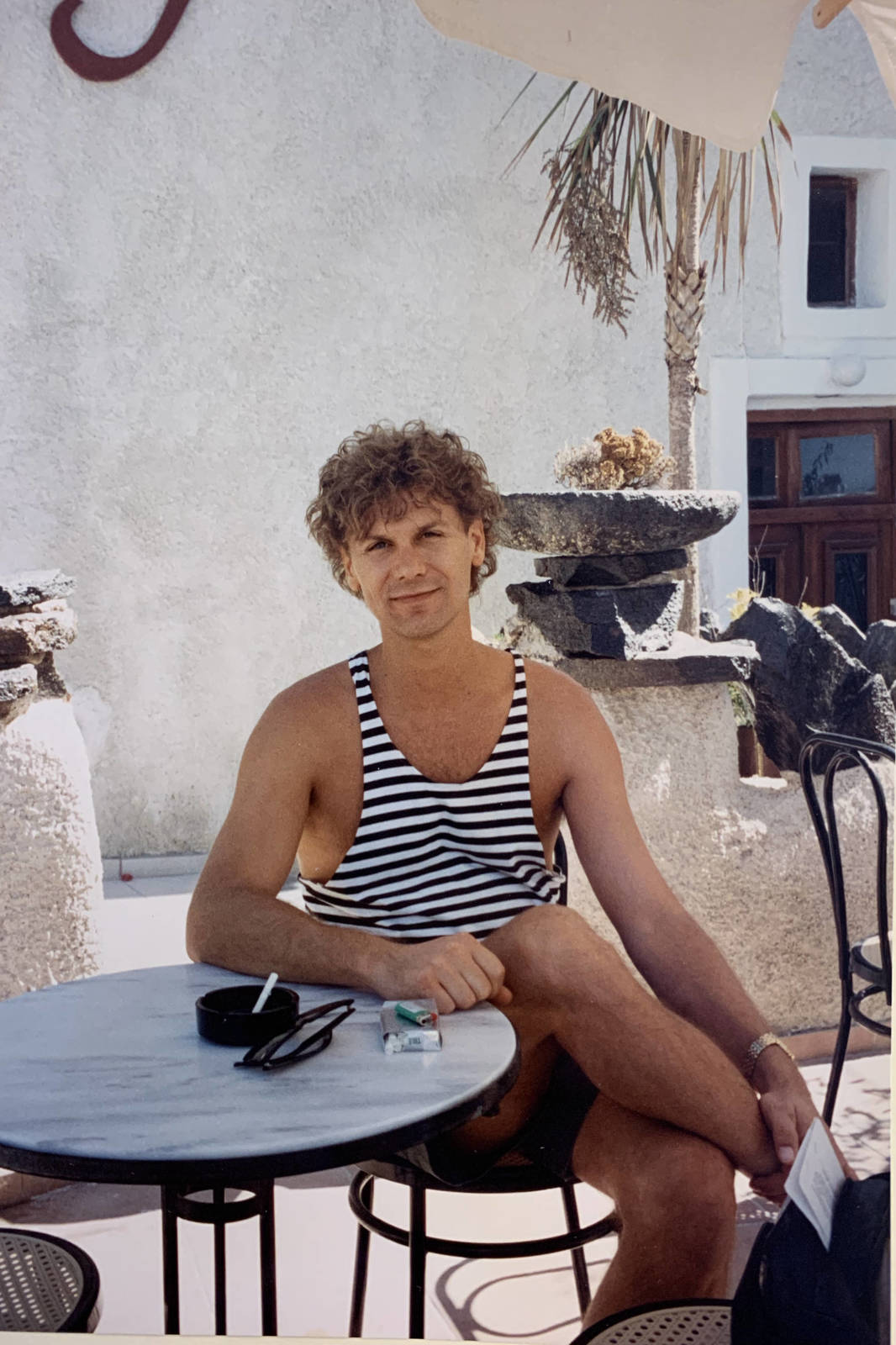 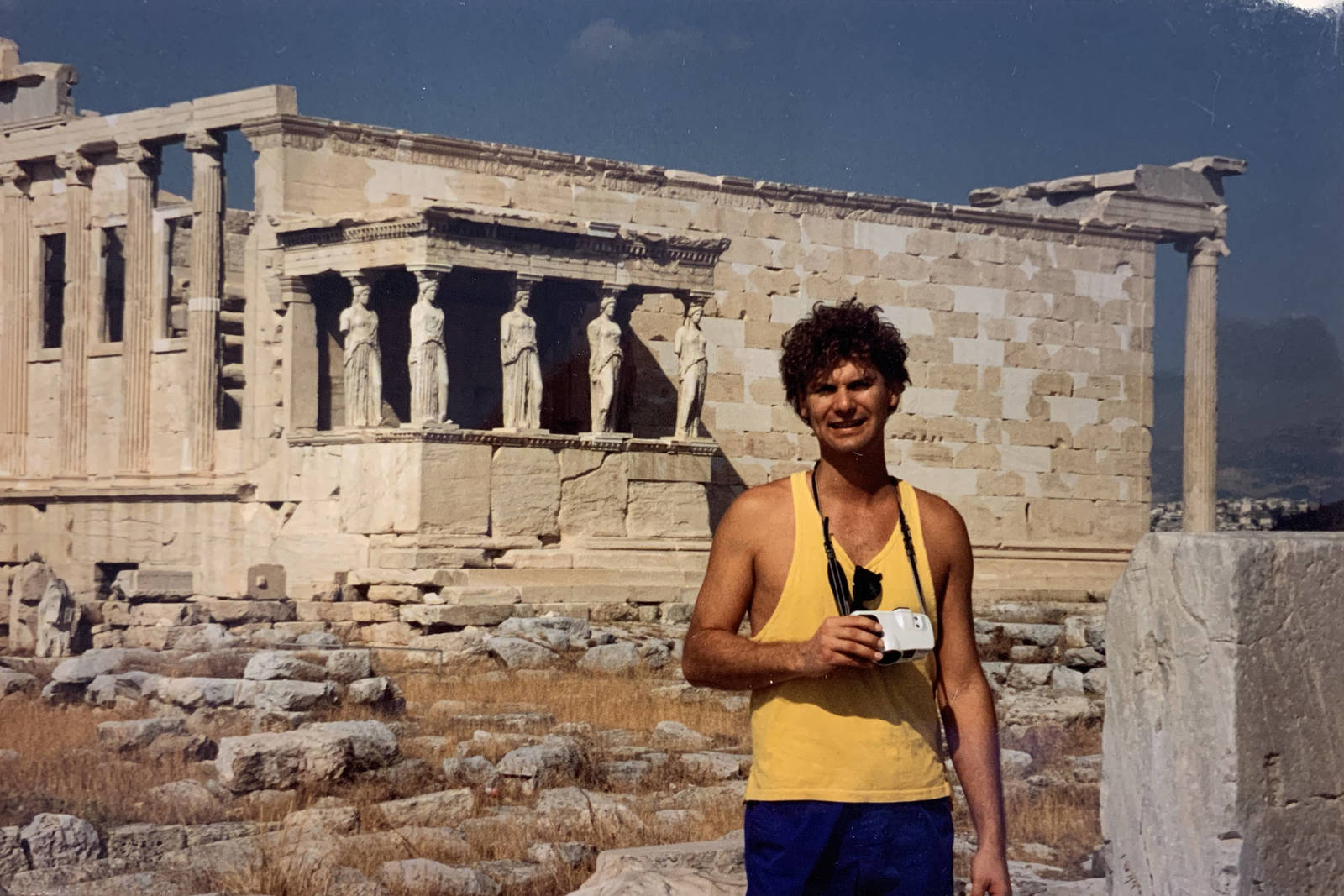 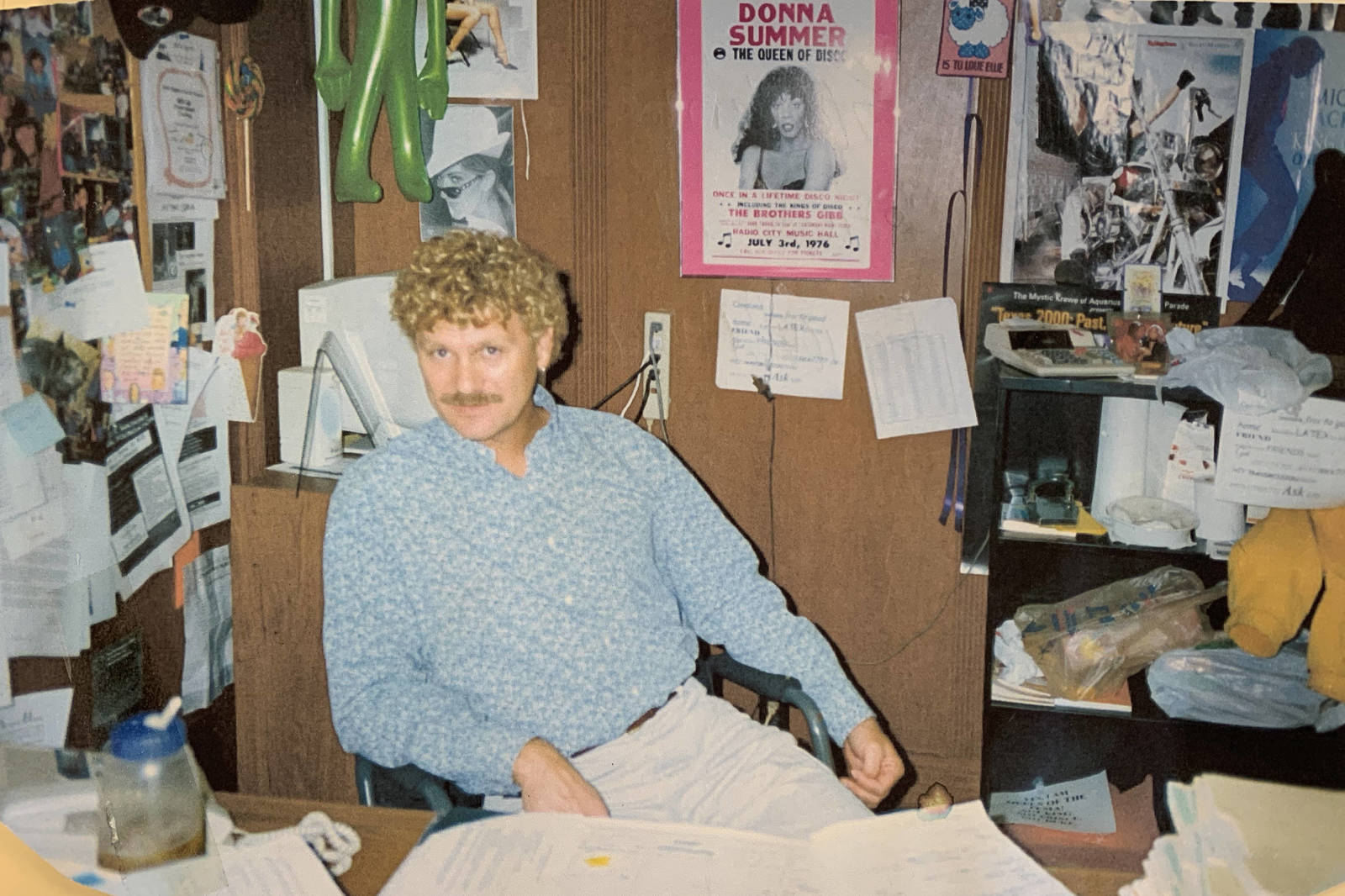 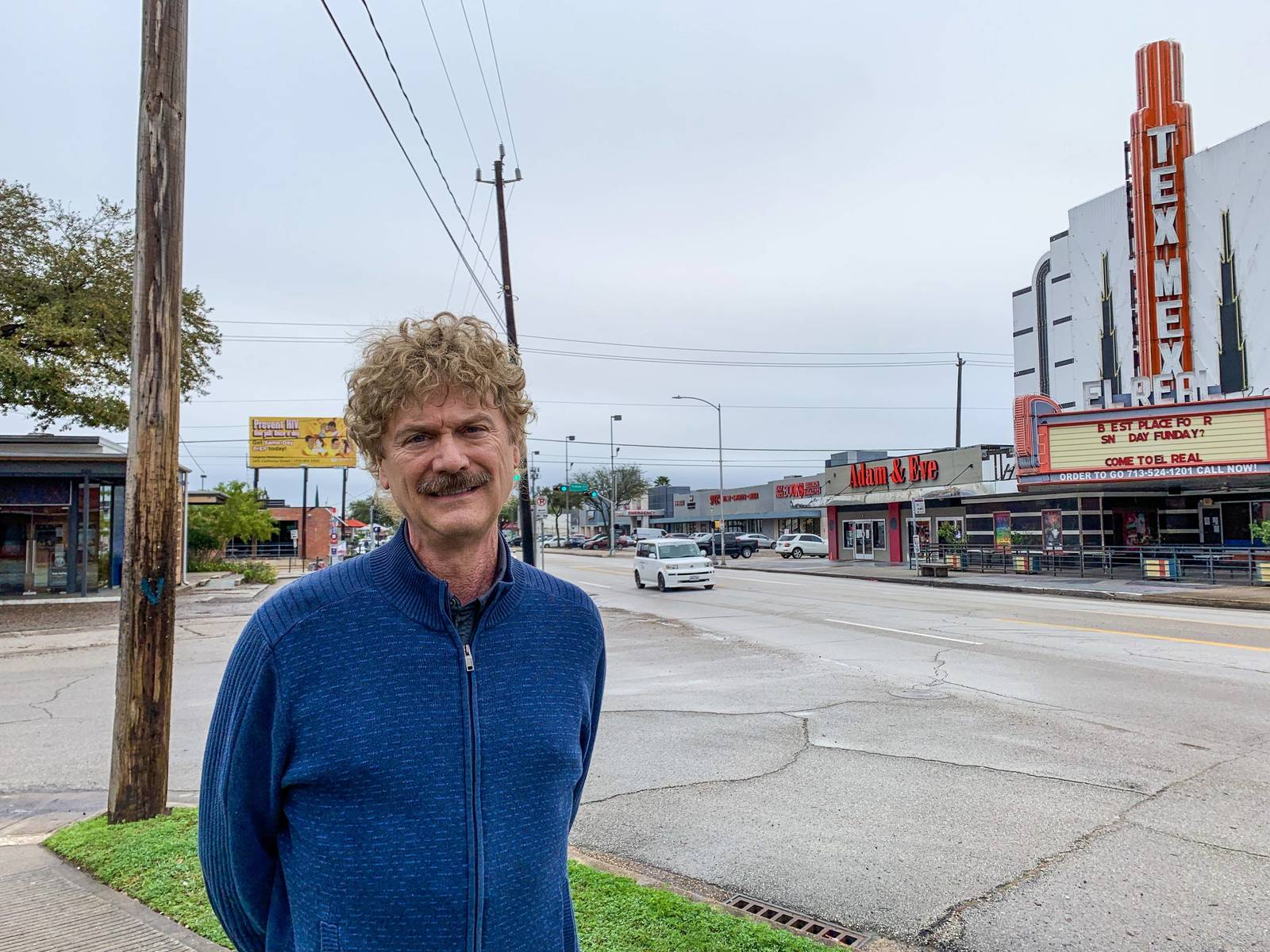 In 1979, Houston was not the metropolitan urban core that it is today, known for arts & culture, diversity, and a culinary scene to rival New York. Houston was an oil and gas city, and the district of Montrose – Houston’s raunchy gay ghetto full of misfits, grunge, and bars within a sea of tightly-packed turn of the twentieth century homes – had not yet been watered down by gentrification. The gay bars, of which there were dozens, were overflowing on any given weekend evening. Mary’s, Naturally, arguably one of the most infamous gay bars in the country at the time, had not yet become the scene of over 300 memorial services for gay men lost to AIDS. That would come later.

Through his position at Legacy Community Health, the largest federally qualified health center (FQHC) in Texas, Steve Stellenwerf, 63, connects those at risk for HIV to PrEP, and those living with it to antiretroviral therapy, or ART, through the Ryan White program. He’s been navigating patients – mostly young, gay, white men – through these processes for over 30 years. To some, this kind of career is a calling from an early age, rooted in a passion for health care. For Stellenwerf, who in his younger days was on the path to the glitz and glam of Hollywood, this couldn’t be further from reality.

Stellenwerf met his lover, Ricky, in 1979. Stellenwerf had just moved back to Houston after college, and the gay community in Houston was stronger than ever, having just held a massive town meeting for queer rights in the Bayou City. Sparks flew, and the pair moved in together mere weeks after meeting and never looked back. Ricky owned and operated a hair salon; while that business took off, Stellenwerf decided to pack up and chase his dreams in Los Angeles. Ricky remained in Houston.

Stellenwerf had relocated to be an actor, performing in plays while he worked as a waiter. He would frequently travel back to Houston to appear in a play or two back home, and to see Ricky of course. “We had other sexual partners while we were apart. I think the best way to describe us would have been ‘best friends.’ Yes.”

While in Los Angeles chasing his dreams, he got the phone call from Ricky, who had tested positive for HIV. It was 1987, and all gay men were losing friends to the disease, Stellenwerf recalls. He and his roommate walked across the Mexican border to Tijuana, where they had heard from a gay doctor that they could get cheaper HIV medications. The two of them stuffed their clothing with meds and walked back into the U.S., and drove non-stop from California to Houston. “It was something like 24 hours; I was almost hallucinating.”

He began focusing on Ricky’s health and volunteering with community organizations when he could. When Stellenwerf’s own test returned positive, he says that he took it in stride. “I thought it was likely, because all my close friends were positive.”

Despite Houston being home to the Texas Medical Center – the largest medical complex in the world – the small, volunteer-run Montrose Clinic became one of the only health organizations in Houston to address HIV, or to do so with dignity and care. M.D. Anderson, one of the largest hospitals in the Texas Medical Center, opened an HIV clinic which shuttered in less than two years. The very opening of this clinic in the world-renowned Medical Center was huge, but its short lifetime was seen by many as a signal that the disease (and the community most affected by it) was a lost cause.

The Montrose Clinic had been founded as a gay men’s health clinic a mere couple of years before the HIV crisis reached Houston. Once the first cases began to appear, AIDS Foundation Houston (AFH) hit the scene to address the issue alongside them. With the crisis now in full swing, the volunteers at both organizations cared for patients by any means necessary.

At the Montrose Clinic, sometimes this included participating in the practice of sending volunteers to the homes of those who had died, collecting their unused HIV medications, and bringing them back to the clinic to be passed along to another patient in need.

Stellenwerf also participated in this grim ritual, but he did not have the Montrose Clinic behind him to back him up. “I was working for AFH at the time,” he says. “We were not allowed to do that. It was illegal. But sometimes you do things because they’re the right thing to do. I was sort of a buyers club, but without money, of course. I gave it away; ‘Oh, you want to try this one? Sure, here you go.’ There weren’t many options, so we tried with what we had.”

He and a chair of the AFH Board of Directors continued this practice together, under the radar, until they were caught by executive management – five years later. “She was understanding, but stern. She said, ‘We can’t be doing that here. I don’t care what you do on your off time, but not here. Take what you’ve got and go put it in your car.’ So I did.”

Hairdressers like Ricky had trouble getting insurance, Stellenwerf remembers, due to the stigma of HIV. “They couldn’t find insurance, because they were gay,” he says. “Thankfully, we met a broker whose son was gay. He provided Ricky with a policy.” He says that without insurance, Ricky may have had a quicker death, but says that the six years of life as a man living with HIV were “mostly good,” and attributes them to the insurance policy that covered occasional hospital visits.

Ricky’s health took a turn in 1992. “First he had pneumonia, just regular pneumonia; then he came down with something horrible called histoplasmosis,” Stellenwerf says. The lung infection, which is easily fought off by a person’s immune system, comes from bird droppings. The back of Ricky’s shop, Stellenwerf recalls, was for one reason or another, a popular hangout for city pigeons and often covered in it – something most people never think twice about. He wonders aloud if that was what did it. Ricky passed from the illness on May 28, 1993. “It was the most horrible day of my life. His body couldn't handle the treatments.” He began smoking and drinking, things he could take control of and use to kill the ache of losing his partner, whom he refers to as “my Ricky.”

“Most recently, I was diagnosed with depression and AIDS Survivor Syndrome,” Stellenwerf says. He recalls that in the years following Ricky’s death, he benefitted from bereavement therapy, which he says he was privileged to be able to access.

Like a majority of gay men living with HIV at the time, Stellenwerf liquidated assets and hit the road, not thinking he’d need the money later. “Right after my Ricky died, I went to Greece with a girlfriend,” he says. “We spent like $9,000, which I really didn’t have. But I wasn’t thinking about the future. I got my credit cards up… I wasn’t going to be here in five or ten years.” He clarifies that he’s since paid them all off and sorted his finances back out, but the story is all too familiar to long-term survivors who weren’t expecting to be such.

Despite his own diagnosis, he never got sick. “I just didn’t. I never had an opportunistic infection; it just never happened. But I was sort of sporadic about taking my AZT – I kind of half-assed it.” Considering that AZT was often prescribed at too high a dose, causing more harm than good, he says that his non-adherence to the medication may have been part of the reason he wasn’t worse off.

The real change came in 1996 with the advent of protease inhibitors. “If you lived to see 1996, you’re probably around today,” Stellenwerf says. “My doctor told me, ‘You can start planning for a future now.’ I had been living my life anyway, but that took the specter off of me and told me that I might not die young.”

In 1998, Stellenwerf met his current partner, James, who was volunteering at AFH when Stellenwerf was the volunteer coordinator. James had moved to Houston for college from Canada. Stellenwerf, a bubbly people person, quickly grew to admire James, who he describes as quieter, more astute, and academic. James had never been with a man living with HIV, and without the knowledge of U=U that we know to be true today, Stellenwerf says it took some getting used to. Nevertheless, love prevailed over stigma.

In the years since the start of the epidemic, we’ve seen the advent of protease inhibitors and PrEP. We’ve seen the rise of anti-stigma activism. Despite the advancements that have made it so that HIV isn’t necessarily a death sentence in 2020, Stellenwerf never thought to leave field of work to go back and chase his dreams in LA. To him, the actor Steve Stellenwerf is a different version of himself, and not the man he grew into. “This is my life’s work,” he says of patient navigation. “It is so rewarding. I can’t imagine having done anything else.”

In 2005, the Montrose Clinic merged with another smaller AIDS help organization, the Assistance Fund. The merger created Legacy Community Health, where Stellenwerf has worked for nearly a decade now, after 20 years with AFH. The Montrose Clinic had always been in his periphery all these years, but the opportunity to work with them in their new iteration after the merger has been the greatest gift – not only for the folks he’s able to help, but for himself, too.

He looks not only to the advancements that we’ve seen take place, but to the work still yet to be done. “I’m able to tell young folks who are newly diagnosed, ‘Look at me, I’m thirty years positive and I’m not sick; I’m working and I’m thriving!’” he demonstrates. “’That’s going to be you,’ I tell them.”

The biggest emotional hurdle for Stellenwerf is loss of peers. Next to none of his male friends from the 1970s are still around. The opportunity to have peers you age with, share memories with, and reflect with was stolen from him, he says. Though in reality he doesn’t spend all his time in that headspace, he says that on occasion a certain song or scent will trigger his memory.

“I don’t even lie about my age anymore,” he laughs. “I used to! But now I need to be proud of it because my friends didn’t get to be here.”

He remains proud of his opportunity to age, and to do so with a partner. He and James are avid movie-goers and animal rescuers. “We have seven cats,” he laughs. As is common with long-term survivors, he savors these parts of his life.

“I wake up every day with a sense of gratitude,” Stellenwerf says. “I get the chance to age. Ageing in the gay community can be difficult, because it’s about the young men and the pretty men, and as you age you sort of become invisible. But as my partner will tell you, I will not be ignored just because I’m getting older.”

“I digress,” he continues. “If I get hit by a car tomorrow, I’ve had a really, wonderful life. Really.”