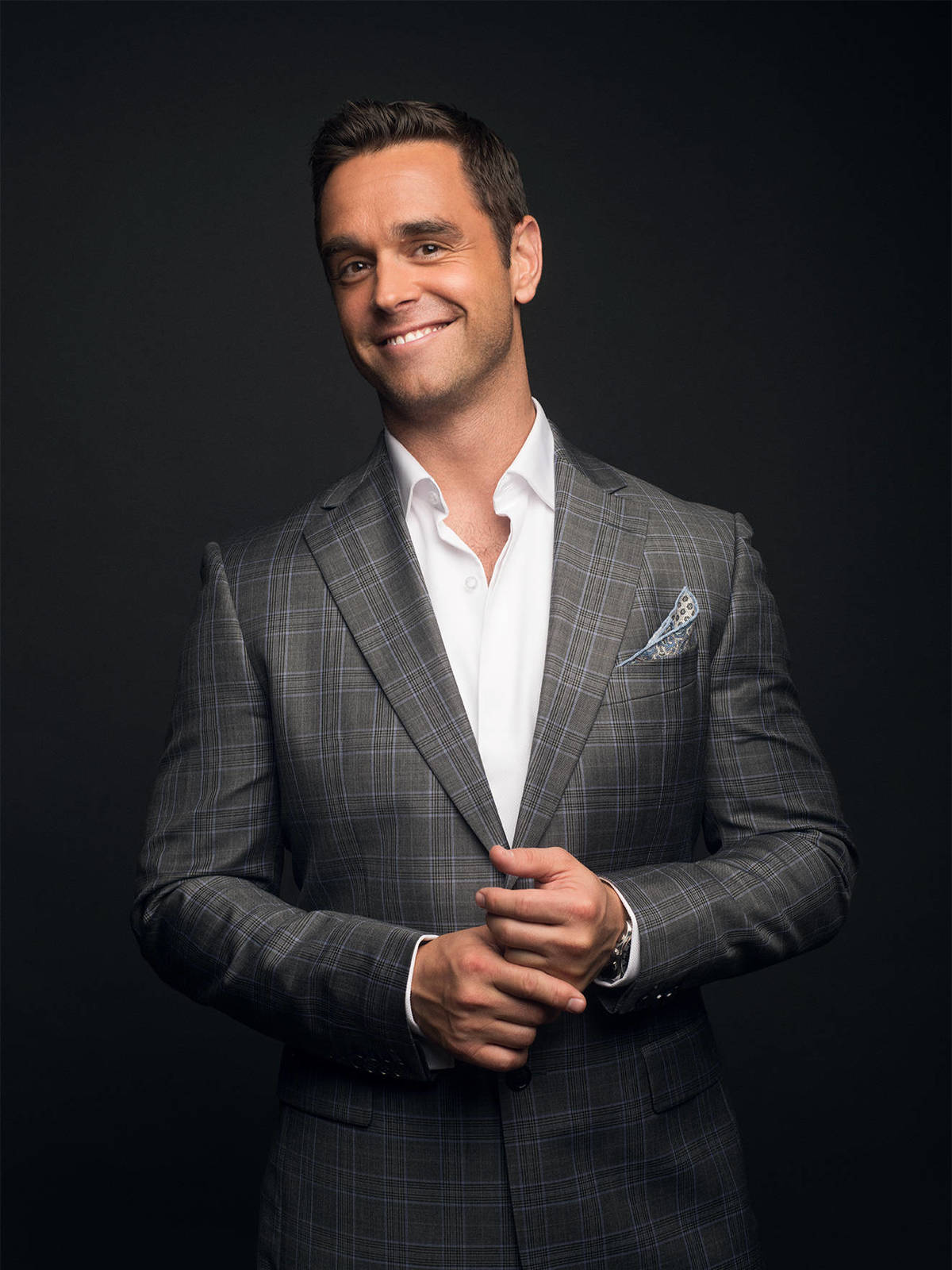 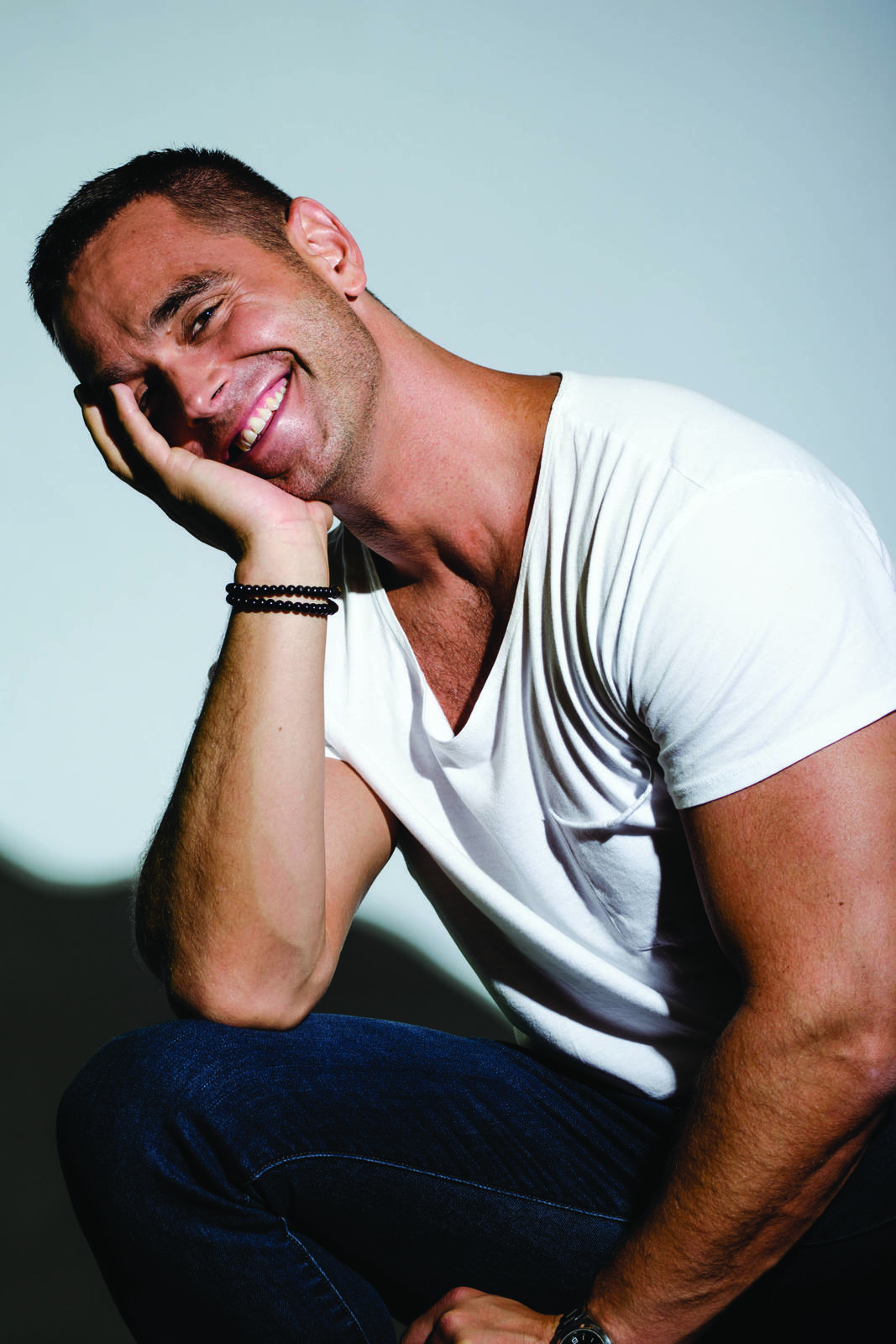 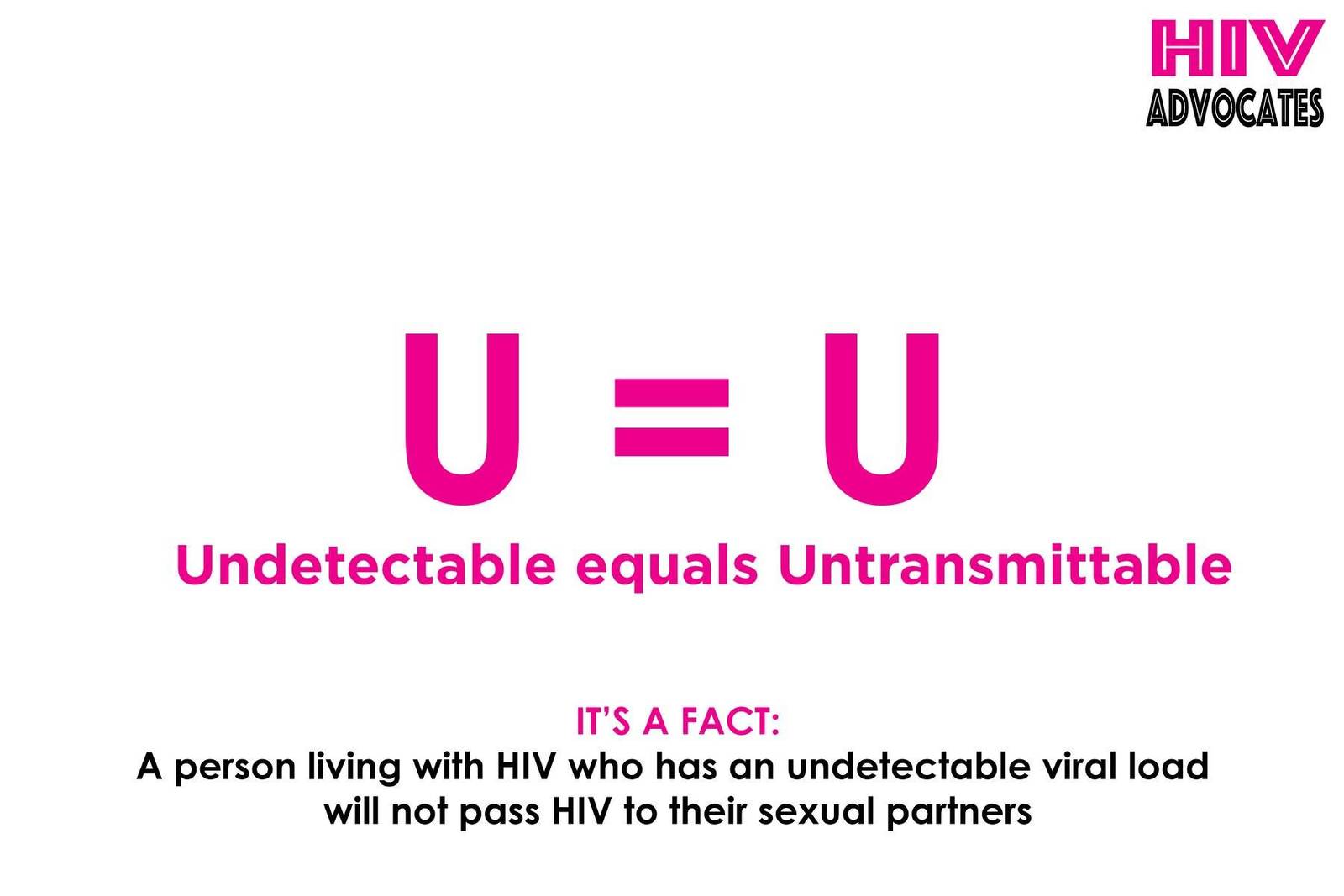 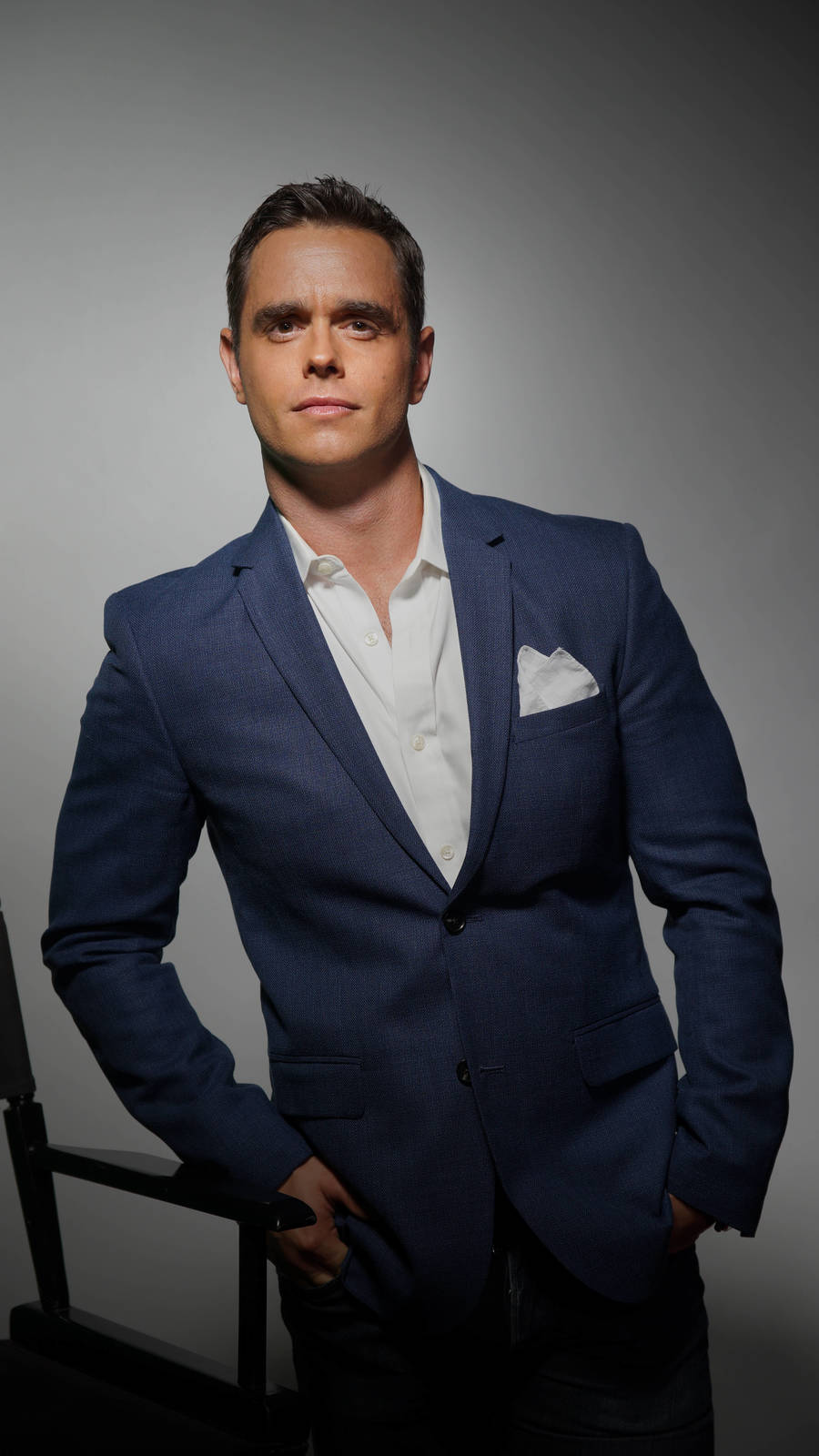 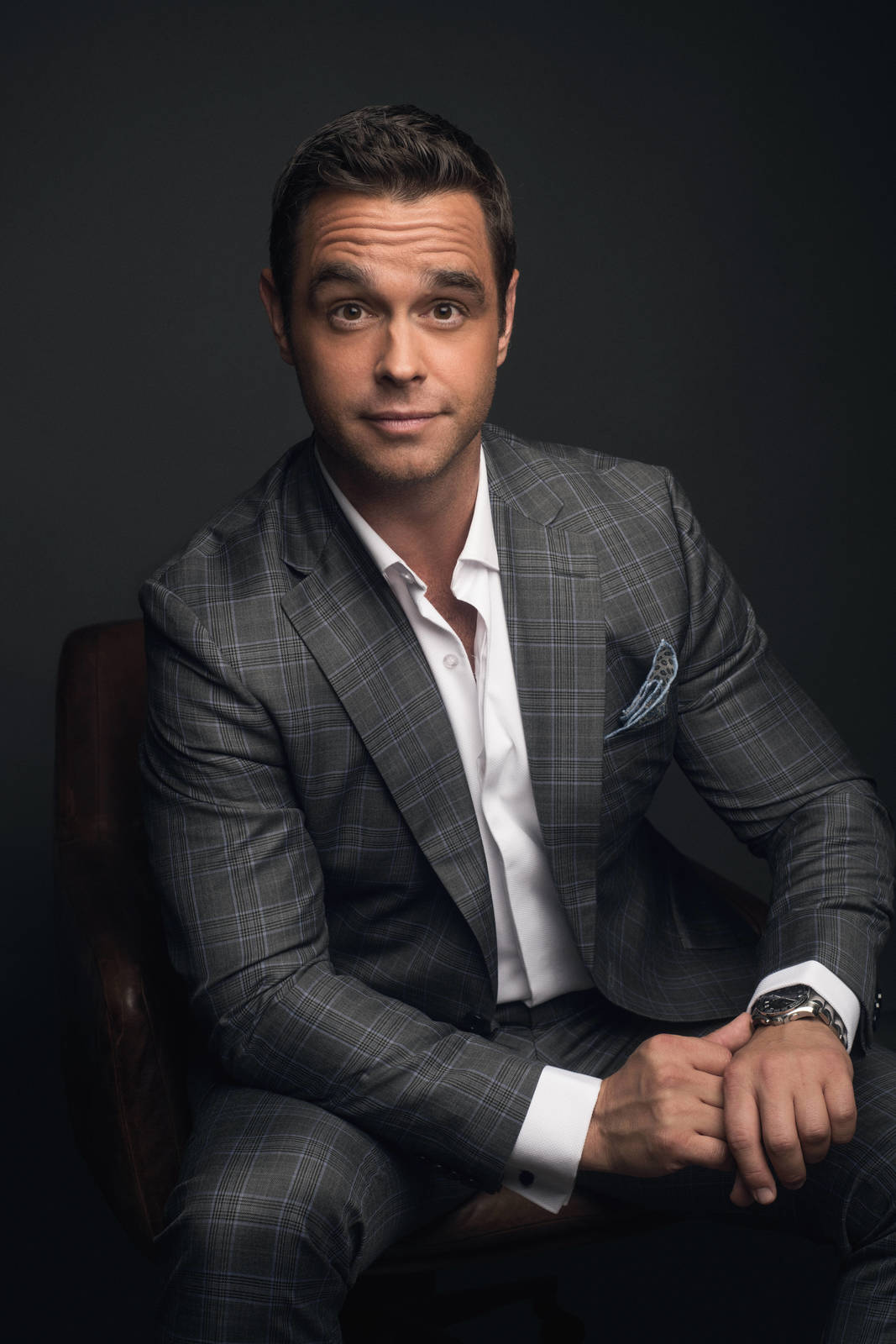 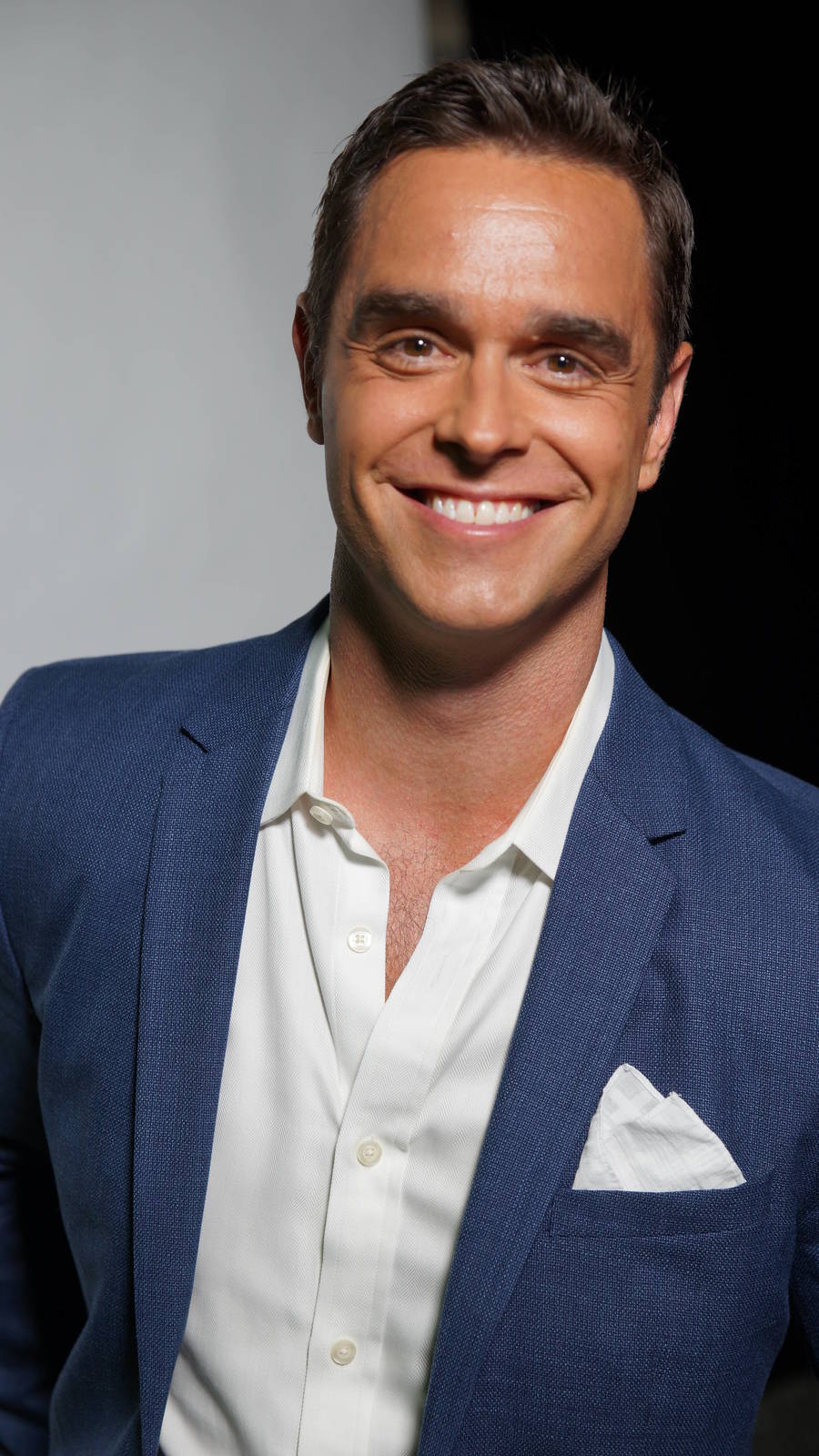 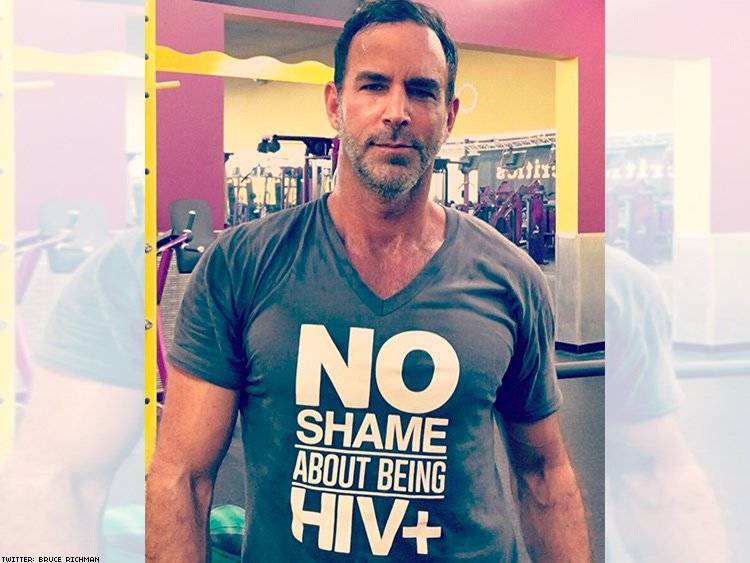 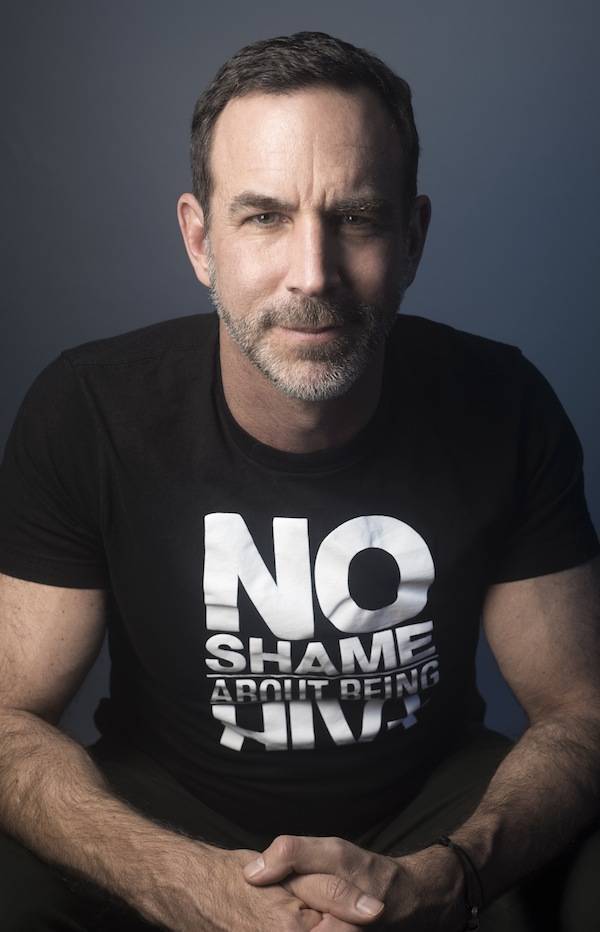 Karl Schmid: U=U and the Campaign for Access & Education

Karl Schmid found out he was living with HIV over his lunch hour.

“The initial thing was that it felt like a red digital countdown clock started ticking backwards over my head.” says Schmid, a Los Angeles-based ABC Correspondent known for covering entertainment like the Academy Awards and Vanity Fair Oscars party.

His first thought was not for his own life, but for his parents’ concerns. Walking back to his office in SoHo London where he lived at the time, he wondered if they would be disappointed, or worse, if they would fear for his life.

“Perhaps because of my parents, I went into survival mode,” he continues, “I feel like sometimes when someone receives a shocking diagnosis, it can be harder for the family around them because they’re powerless. For myself, I thought, ‘What do I do next?’”

The decision to ask himself that question rather than beat himself up over it spurred Schmid’s extensive work in HIV activism and the founding of a digital media brand, and has impacted the lives of thousands living with HIV. He waited nearly ten years before publicly disclosing his status via Facebook post to his thousands of followers. He admitted that for nearly a decade, he had fallen victim to stigma, and had heeded the advice of industry professionals and colleagues who warned that revealing his status would ruin his career.

"But here’s the thing,” he wrote in his coming-out post, “I’m me. I’m just like you. I have a big heart and I want to be loved and accepted. I may be on TV from time to time, but at the end of the day I’m just an average guy who wants what we all want. To be accepted and loved by our friends and family and to be encouraged by our peers.”

Rounding out the statement, he wrote, “Love me or hate me, that’s up to you. But, for anyone who has ever doubted themselves because of those scary three letters and one symbol, let me tell you this, you are somebody who matters. Your feelings, your thoughts, your emotions count. And don’t let anybody tell you otherwise. I’m Karl Schmid, and I’m an HIV-positive man!”

Schmid’s subsequent work with fellow activists and his numerous interviews with People, POZ, NBC, HIV+, and many others illustrates – reiterates – that we are all cut of the same cloth and worthy of love and pleasure, to the same extent that anyone else is.

This is the crux behind U=U, coined by the Prevention Access Campaign and echoed by countless HIV activists around the globe, Schmid included.

The Australian-born television personality has never had a boring life – perhaps that facet of his upbringing makes him best equipped to bring activism to the average person by dynamic medium. By age 10, he was living in Fiji where his father worked in fashion. By 13, he was on television in New Zealand. By 22, he was working alongside none other than Dame Edna herself.

“[Working with Dame Edna] changed my life,” Schmid says. “Traveling with [John Barry Humphries] and eventually producing television for him and forming a close relationship with him over the years changed everything.” The partnership came complete with a stint on Broadway afterward, too.

Schmid’s momentum has carried about the same cadence ever since.

HIV Advocates first encountered Schmid in 2019 during a passing encounter at the CDC’s National HIV Prevention Conference. He had just finished moderating a panel led by Bruce Richman, founder of the Prevention Access Campaign.

On the panel were such activists as Dee Connor, Venton Hill-Jones, Bryan Jones, and Tiommi Luckett. It was the first time that many in the room had heard the term “U=U” and between the six panelists, powerful stories of triumph over diagnosis had been shared for the last hour.

A year later HIV Advocates sat down with Schmid – over the phone, all things considered – and asked him to bring the conversation full-circle for us.

“I knew nothing about U=U until 24 hours after I’d spoken publicly about my status [in 2018],” Schmid says.

Having heard about Schmid’s public coming-out, Richman reached out via Twitter DM to introduce himself as the founder of the U=U movement. Schmid, like many people, was confused.

“I thought, ‘What? What is this? Where the fuck did this come from? How could my doctor not tell me about this?”

It really is as simple as science: U=U, or, “undetectable equals untransmittable.” If you are living with HIV and your viral load is undetectable, you cannot transmit the virus to a sexual partner.

Before long, Schmid had linked up with Richman to travel to Amsterdam for the World AIDS Conference. Though new on the scene in HIV activism, Schmid was not new to networking. He chatted with leaders from the World Health Organization, and even Dr. Anthony Fauci himself.

“This is a lifesaver. This changes the game,” Schmid says.

He continues, “However, as Dr. Fauci says, ‘U=U only if you are really U.’ Meaning, it requires you to become [and remain] undetectable, which requires access to medication.”

As a white gay man with an established career, money, and health insurance, Schmid recognizes his privilege in the scheme of promoting a campaign that, for it to work, requires accessible healthcare – something there is infamously a dearth of in the United States, especially for those who would benefit from it most.

“The reality is, not everyone can access medication,” he says. “My medications would cost two-and-a-half grand if I didn’t have insurance, which – don’t even get me started.” Packing away the growl of inequity, he digresses: “If I knew that there was one pill that I could take that would keep myself – my partners, my lovers – safe, and that I could live a life just as healthy as anyone else, I would fight fucking tooth and nail to get my hands on that pill.”

The compounding problem, Schmid says, is that if you don’t have insurance (or out of pocket funds), there are ways to get medications from the manufacturers for free or at a reduced cost. But those programs are never easy, and often require exhausting hoops for the patient to jump thorough, generally without guidance on how to do so. Inequity in healthcare remains rampant, but Schmid hopes that by using platforms to hold a megaphone to the solutions, that a future of U=U in the mainstream is achievable by ensuring that all people living with HIV achieve undetectable status.

And therein lies the gold medal: Ending the HIV epidemic.

“So, how do we get it out here? How do we enter U=U into the everyday lexicon?”

Enter Schmid’s new advocacy project, Plus Life Media, which had barely begun to find its sea legs when I first met Schmid at the conference in Atlanta. Founded by Schmid and two of his close friends in 2019, Plus Life operates as an online advocacy and resource platform, inspired by the messages of thanks and encouragement that he received following his HIV status coming-out. Officially on air for only six months now, Plus Life is already enjoying a popular demand with over three million cumulative views and an upcoming partnership with ABC and Localish.

“We thought, let’s create a platform that really shows what the truth of HIV is, especially in this day and age in a country like the United States,” Schmid says. “There really should not be any stigma around HIV anymore.” The familiarity that viewers find with those on Plus Life, Schmid says, is what sells the platform. Seeing and interacting with those who look and sound like themselves and finding community in an online platform, regardless of where you are or what resources you may have available to you in person.

“I’m not a doctor or a scientist and I don’t even play one on TV,” Schmid quips, “So it’s hard when doctors and scientists start talking in their talk, and it means nothing to me or the ‘everyman.’ It doesn’t resonate.” With Plus Life, Schmid and his team create spaces where necessary knowledge on HIV activism and U=U can be digested by anyone, with consciously curated interviews and entertaining topics of discussion.

He goes on, “Coca-Cola taught the world to sing. Nike says, ‘Just do it.’ McDonalds says, ‘I’m lovin’ it.’ L’Oréal says, ‘You’re worth it.’ Well, I can’t sing, I don’t care for McDonald’s, I have a pair of Nike’s, and I don’t use L’Oréal – but I know all of that branding. It connects with folks. We remember it.”

What is it, then, that the HIV advocacy community needs in order to lay claim on the public’s collective consciousness, so we remember it like we do a slogan for Coke, Nike, McDonald’s, or L’Oréal?

The answer, Schmid poses, is as simple as U=U.