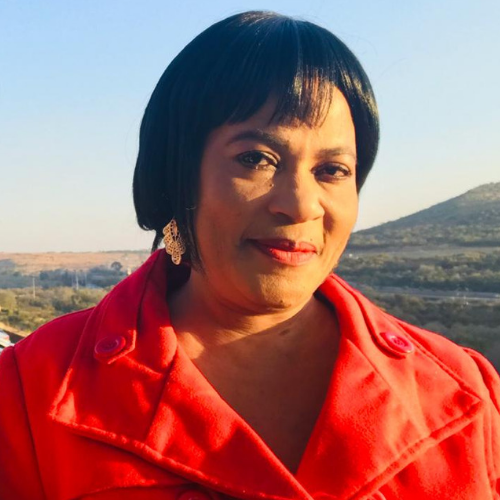 My name is Juliet and I'm a Zimbabwean living in South Africa.  I am also the Founder of Healing Beacon Foundation, a nonprofit organization that empowers disadvantaged women living with HIV.
When I visited my doctor to get the HIV blood tests results, the diagnosis of being HIV Positive did not surprise me at all because of my deteriorating health.  Being a single mom at that time, I told myself that I needed to be strong and healthy so that I could work for my children. I did not panic because I had a lot of  knowledge about the disease.  It so happened that the company where I was working had partnered with this non-profit organization that
conducted various HIV/AIDS Awareness Programs to corporations. I was fortunate to be appointed as one of the HIV Peer Educators for our company. As a result I acquired a lot of knowledge about HIV.  Many of my colleagues who came to me for counselling expressed fear of being tested because of the stigma surrounding HIV. As soon as they learnt about my status, they were surprised but it helped them to calm down. Some of them even went for testing and this
was a big motivating factor for me. It also helped me to heal faster knowing that I assisted someone to prolong their life and made a difference.  Over the years, I took my medication diligently and I became better each passing day.  The following healthy living hacks helped me to heal: Praying, Meditation, Visualization, Good Nutrition and Exercise.  My mission is to encourage everyone to WAKE UP! and get tested for HIV so that YOU know Your status.
I also want to engage fully with changing the attitudes, beliefs and cultural practices of individuals, couples, families and communities to help fight the stigma and to completely eradicate HIV from our lives.
Being undetectable now for more than 10 years gives me hope to keep on living and being happy. I give thanks to my family for support and the various doctors for medical advice.

As an HIV Advocate I say:
Wake Up!
It’s Your Life!
Not Theirs!
Get tested!

What year did you test positive?

2004 (but I guess I was already HIV Positive without knowing)

Why were you not surprised?

I started getting sick from opportunistic infections and symptoms that just don’t go away by a simple treatment. I was receiving treatment from doctors but it wasn’t working. With the knowledge that I gained from my HIV Peer Education, I knew I was HIV positive.

DO you know who gave you HIV?

Yes. I was in a steady relationship for 3 years and the person was killed in a car accident in 2001. (I bet he died without knowing his status!)

Have you spoken to that person?