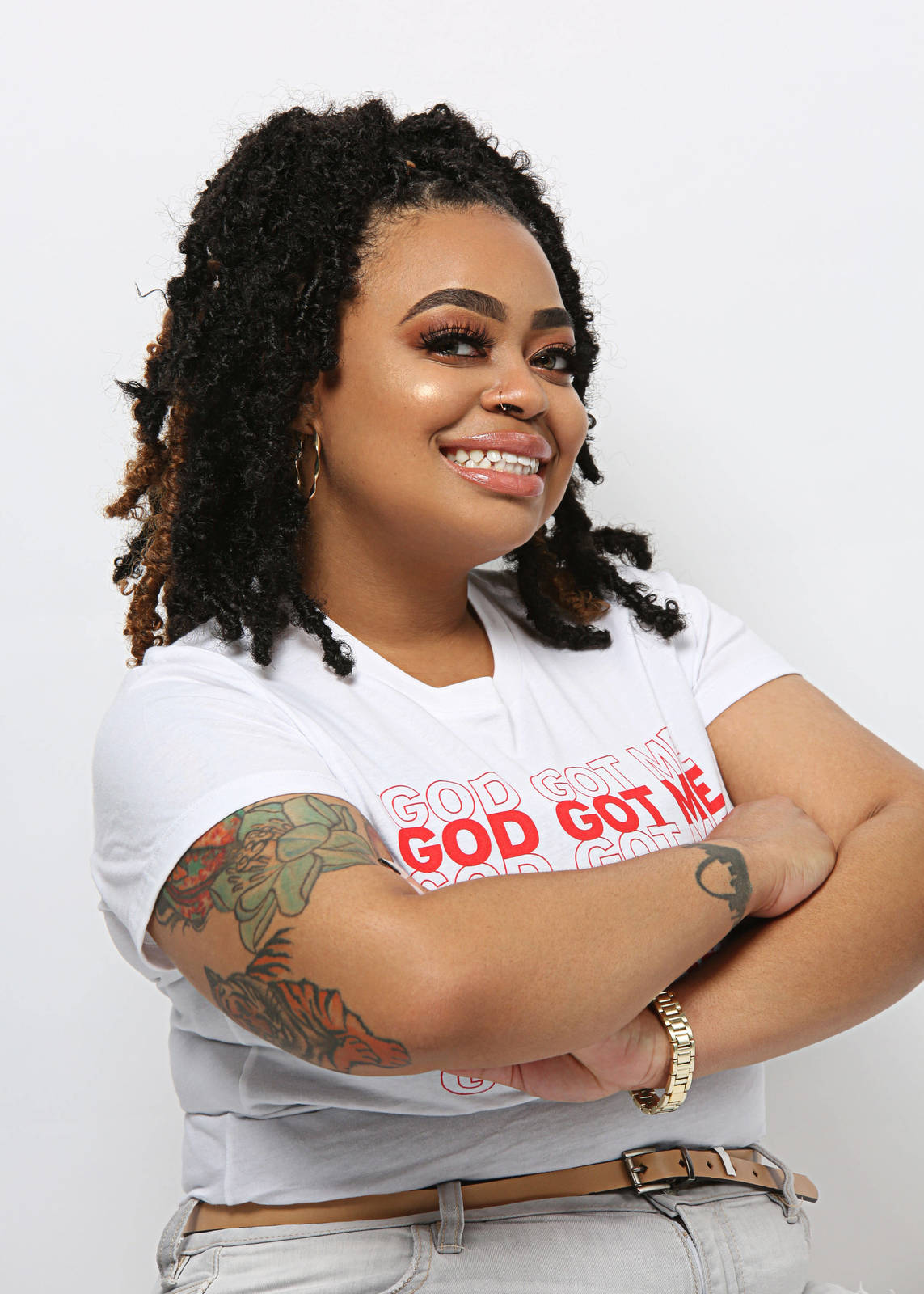 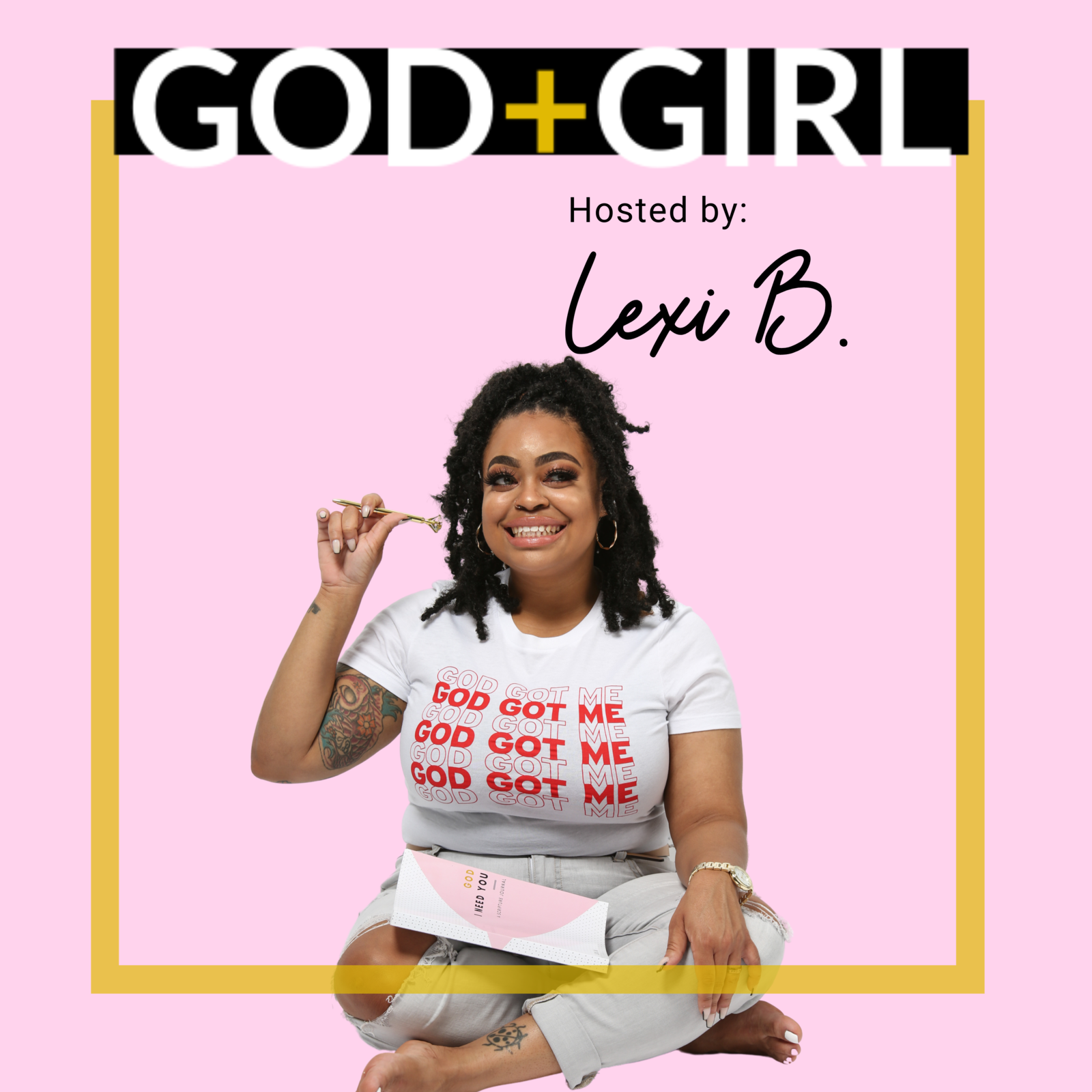 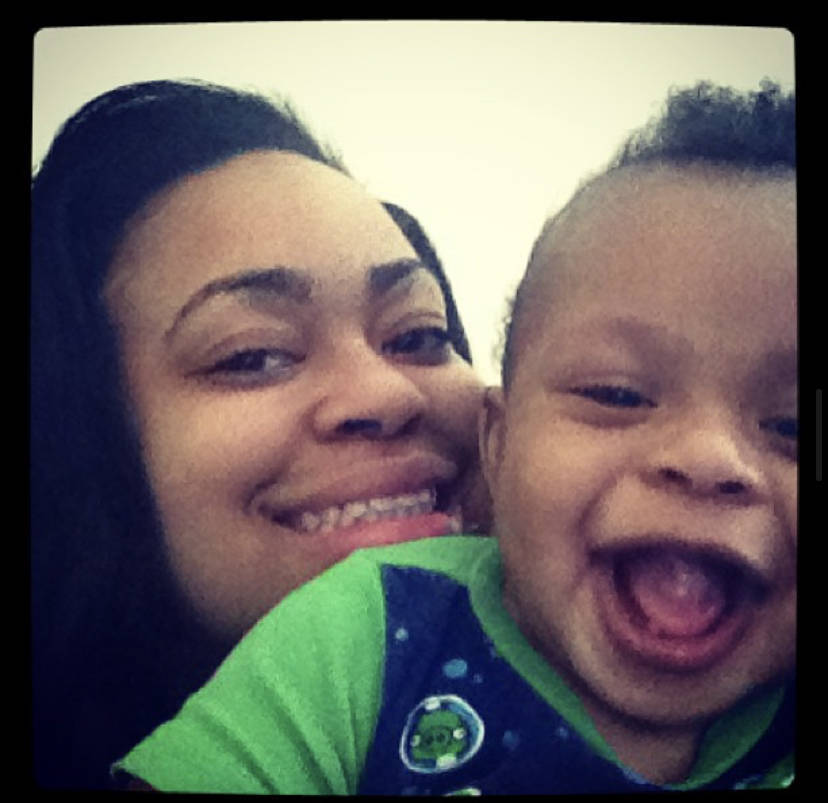 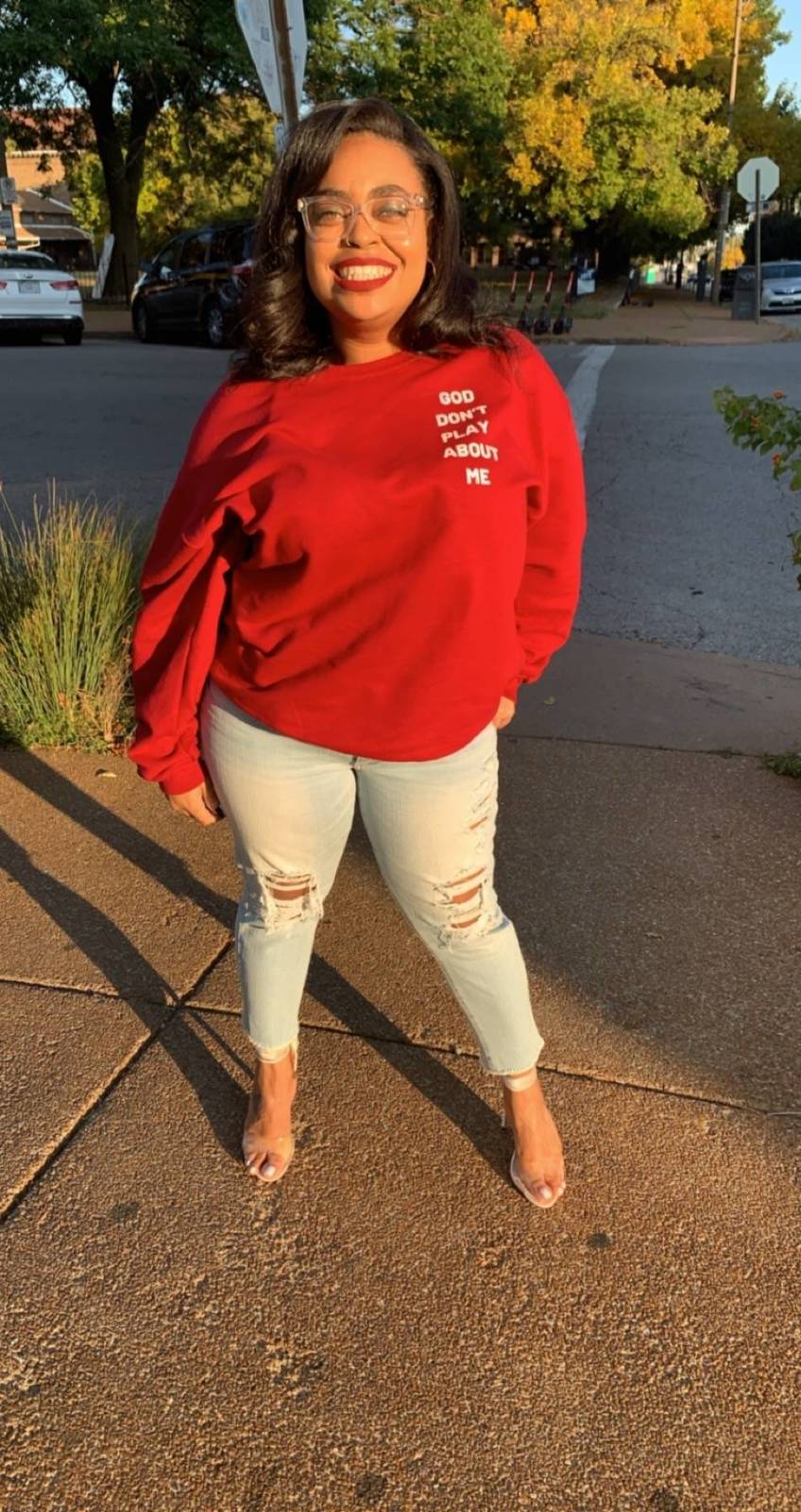 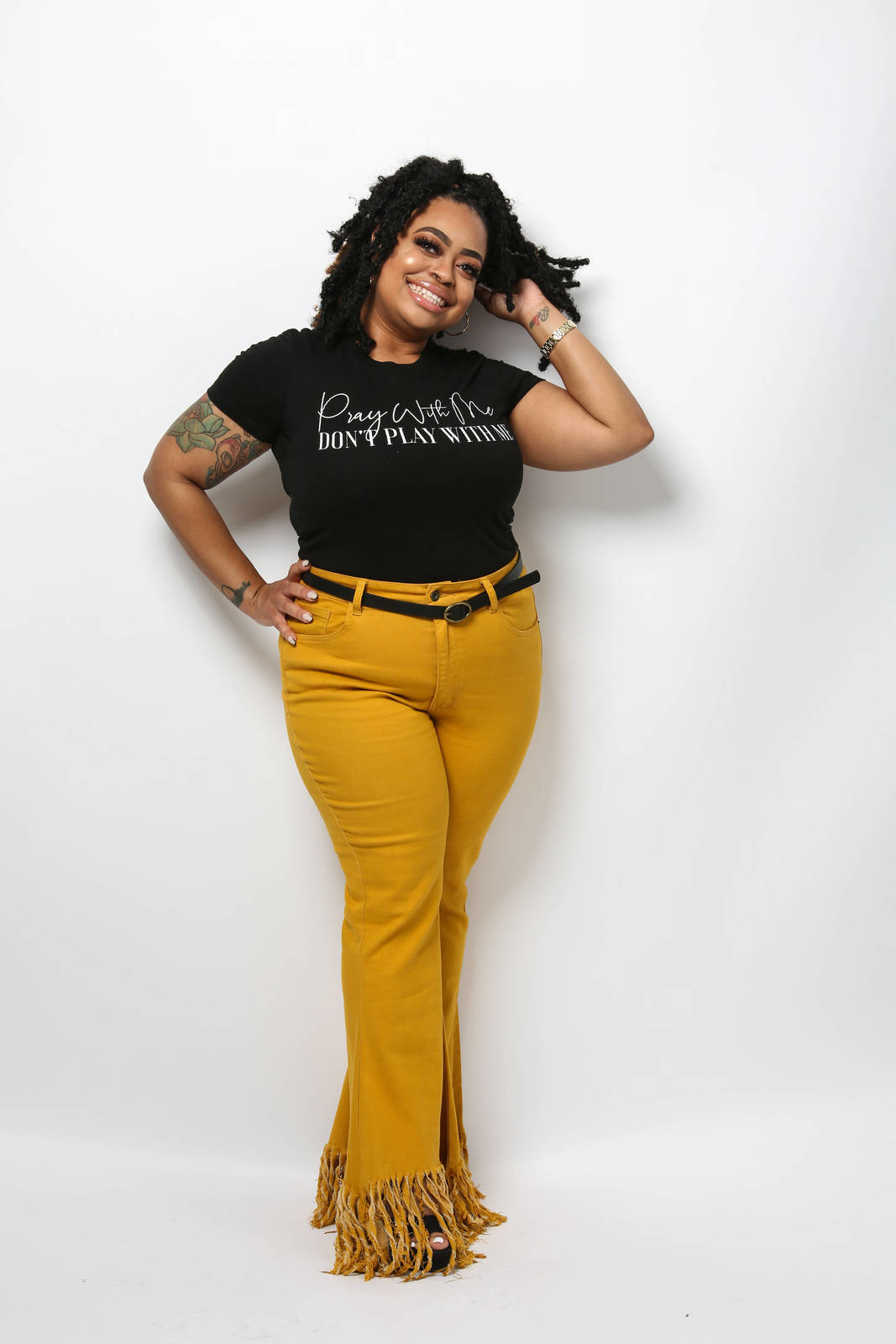 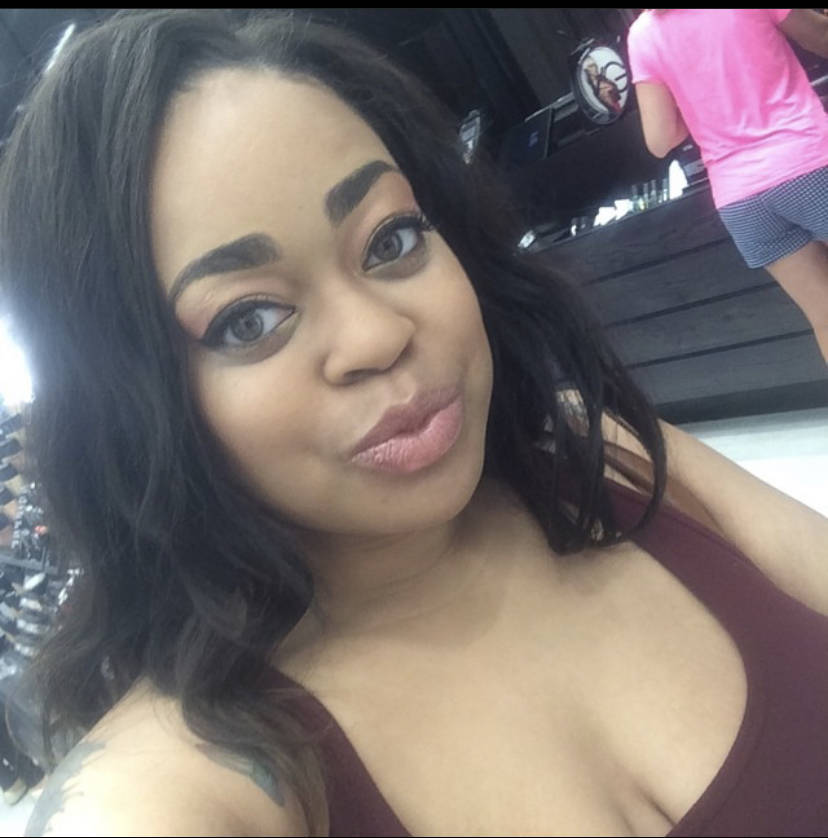 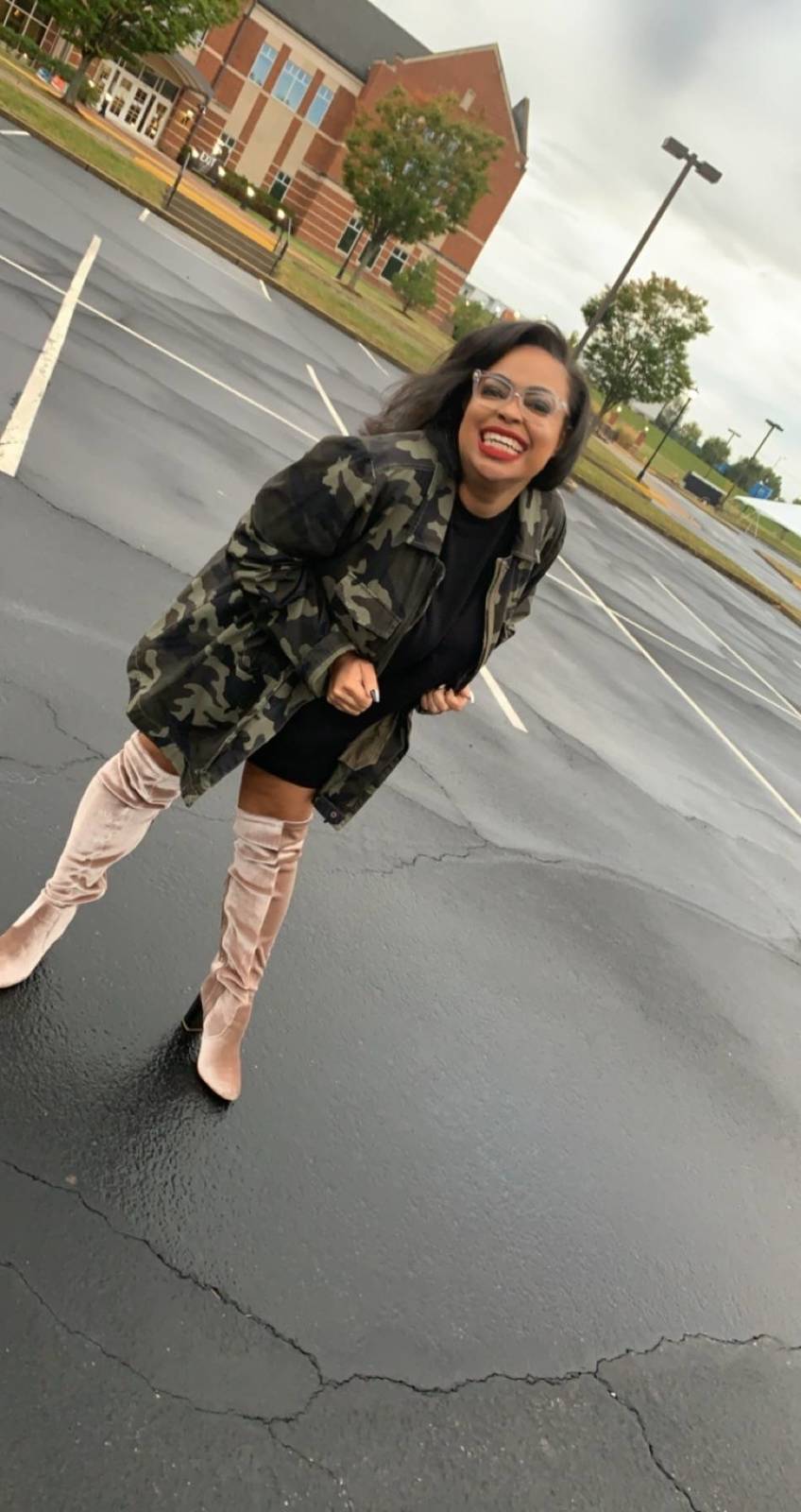 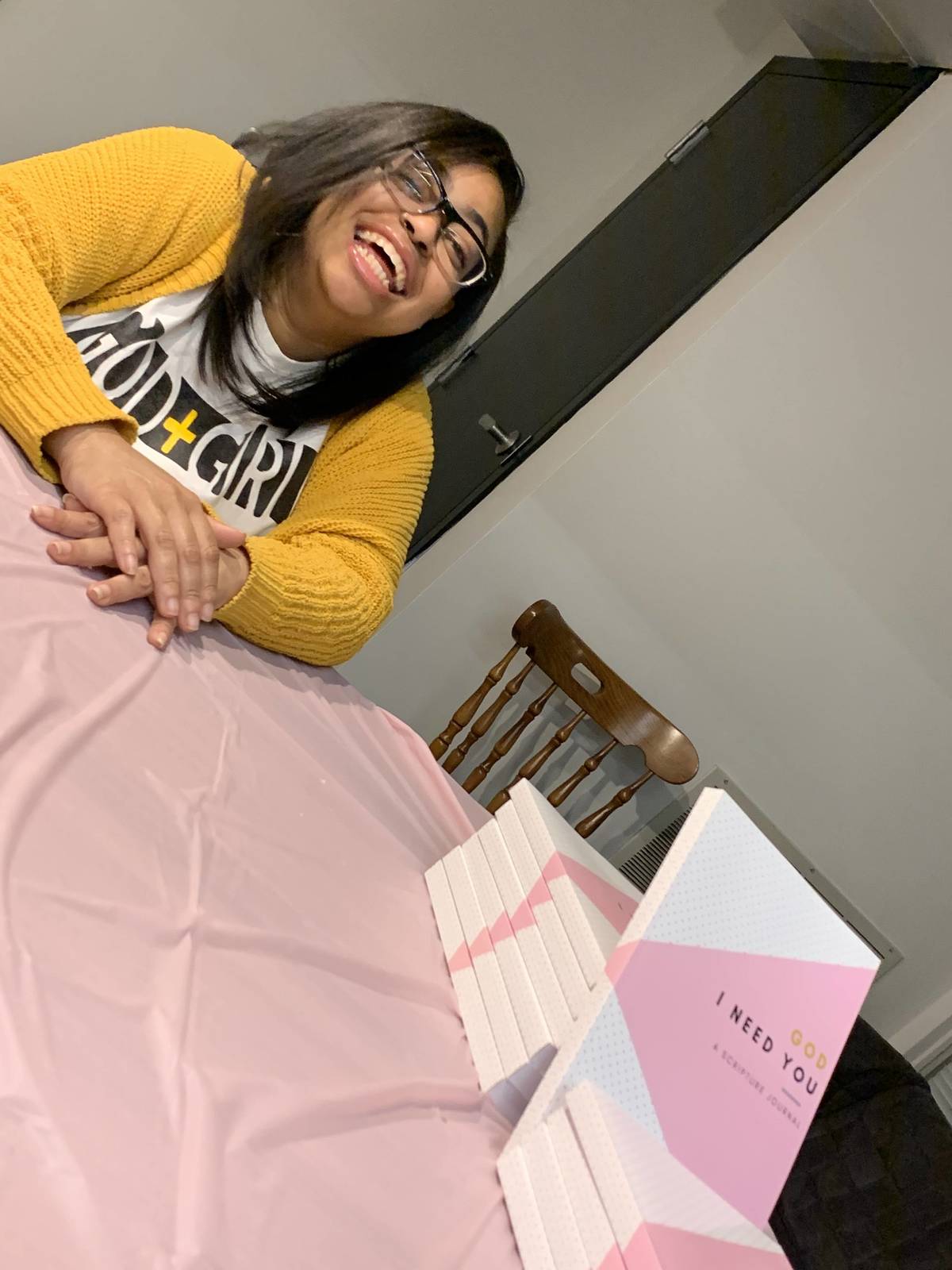 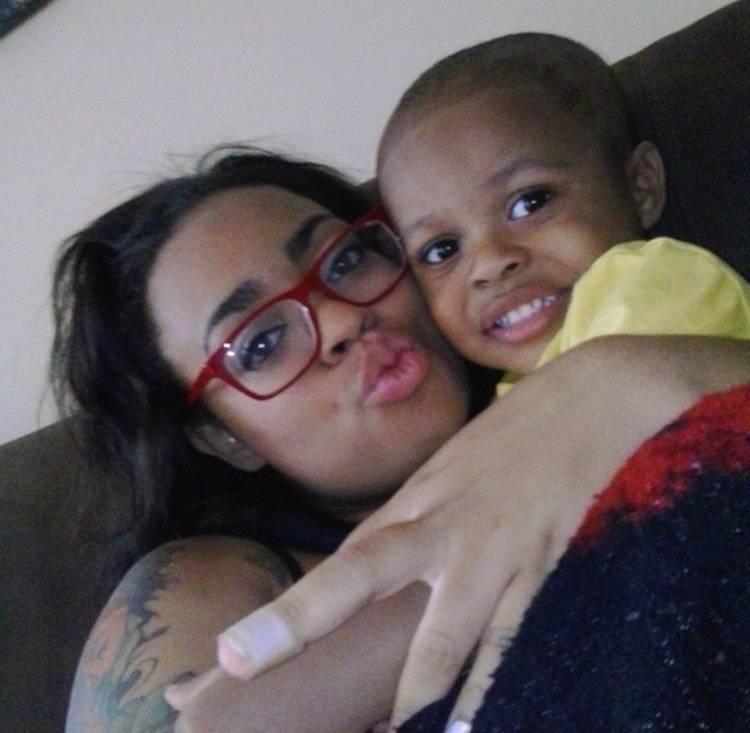 “God Got Me”: Podcaster Lexi B.

She’s known to her fans as Lexi B. She’s a podcaster, an entrepreneur, and a public speaker.

Lexi is also living with HIV.

She engaged with me through our Zoom meeting as confident, thoughtful, and warm. Her microphone, hinting at her podcasting digs, was visible in the shot. Beginning the call with her indelibly kind smile, one would never guess the stories she had to tell – she jumped right in.

The spring and summer of 2013 were seasons of major change in Lexi’s life. She, her young son, and her fiancé moved to Florida in March. By June, she was in a clinic fixated on the results of an HIV test she had just taken. “The results said my test was reactive,” Lexi recalls. “That meant I had been diagnosed positive.”

“That took me through a very deep spiral of depression and anxiety,” Lexi continues. “At the time, I was with someone who didn’t really allow me to ‘feel’ anything. He just wanted me to get over it and continue to live my life. I couldn’t talk about it because he was worried about his own image.”

It was later revealed that her fiancé, who she knew was unfaithful, had been seeing both women and men on the side. For weeks he denied his own diagnosis until Lexi convinced him to get tested. The test, of course, returned positive. He began blaming Lexi for his status. “He was putting men in Florida at risk as well,” Lexi continues. She discovered that he had an Adam4Adam account and on it he had listed himself as negative for HIV.

“I had people in my inbox accusing me [of passing HIV to him],” Lexi continues. He kidnapped Lexi and drove her to his mother’s house, also in Florida. “He finally sat me down on the couch and put a gun to my head. He told me I was blackmailing him and that if I [discussed my status publicly] that he would kill me.”

She escaped her fiancé’s mother’s house and walked part of the way home before succumbing to an anxiety attack in the Florida heat. A passing police officer picked her up and drove her the rest of the way home. After a custody battle, she enlisted the help of her sister to help her and her son relocate back to St. Louis.

As quickly as it had all started, the whirlwind experience was brought to a conclusion.

“I didn’t know anyone with HIV,” Lexi explains. She had the same familiar perception of HIV that many unfortunately still have due to stigma: “I thought it was a death sentence. I thought, ‘Oh my god, I’m not going to be here for my son.’”

“I didn’t know anyone living with HIV to look to as an example of someone healthy living with HIV,” Lexi continues. “That’s kind of the reason I started sharing my story. It was to be that person for someone who looks like me to look at me and say to themselves, ‘You’re going be okay and you’re going to come out on the other side of this.’”

If you listen to Lexi B.’s podcast, God+Girl, you know she’s not one to take a reprieve. Her presentation as tenacious, kind, and proactive – that’s not an on-air persona. Still healing from her traumatic experiences in Florida, Lexi took time for herself, but that isn’t to say that her creative wheels weren’t turning while she escaped the limelight.

She educated herself on HIV and AIDS, learned about long-term survivors, and spoke with her own physicians about ART and how her HIV will – and won’t – affect her life. “I made it my business to end the stigma,” she says. “My HIV ends with me.”

Taking back the reigns of her life, she began public speaking in St. Louis. She began offering mentorship to students and attendees ages 12-18, but for the mature crowd, roughly 18-32, she trims the fat and lays it bare. Support topics, anti-stigma HIV chats, and motivation are some of the topics you might catch at one of her events. As she has regained control of her life and her health from the grasps of an abuser, so can you.

Her anti-stigma talks are dialed in, however. While HIV and the stigma surrounding a positive diagnosis certainly affect everyone across all creeds and colors, Lexi B. is familiar with the vitriol for those living with HIV in the Black community best.

According to the CDC, Black/African American folks make up only 13% of the population of the United States. However, in 2018, this community accounted for over 40% of all new HIV diagnoses in the nation. As many as 1 in 7 Black/African American people with HIV do not even know that they are living with the virus.

“I advocate that you know your status,” Lexi says, further explaining the premise of “U=U” or, undetectable equals untransmittable, the CDC-recommended thought that if a person living with HIV is connected to antiretroviral care, they can get their viral load to an undetectable level and therefore cannot pass the virus on to a sexual partner, even during unprotected sex.

Everyone has a status, Lexi continues. Whether yours is positive or negative. A negative diagnosis still requires action, however. Preventative care, like PrEP, can prevent the spread of HIV to a negative partner, too. If a serodiscordant couple are both taking measures – PrEP for the negative partner and ART for the positive partner – the two can have a perfectly healthy sex life without changing the HIV status of the negative partner.

“If you know yourself, you can help others,” Lexi says.

The goals don’t stop with her public speaking and podcasting. Looking to the future, Lexi says she hopes to craft an online community for people living with HIV; a platform that connects folks with others of the same lived experience, as well as connecting them to medical care when necessary.

“When I first found out, I was all alone. I didn’t have anyone to look to,” Lexi says. “I want a one-stop shop for people to go and talk to one another and discuss mental health.”

Everyday mental health is different than mental health under the lens of HIV, Lexi continues. She explains the extra steps it takes to worry about healthcare coverage and medications. “There have been plenty of times where I just wanted to give up and stop – even though I was healthy – but I was tired of the worry,” she says.

God+Girl premiered in 2019, several years after she began public speaking and six years after her diagnosis. Though she had been speaking publicly on a small scale about her diagnosis, the prospect of having the discussion on the airwaves was a whole new beast to Lexi.

The podcast covers the intersection of mental health and one’s relationship with their higher power, with a healthy dose of HIV discussion thrown in. “It’s not about the religion, it’s the relationship,” Lexi clarifies. “At the time [I was diagnosed], I wasn’t even into God or Christianity. Me being a lesbian or bisexual woman, there were things that I disagreed with.”

One thing stuck with her, though: From her upbringing, she remembered the church ethos that God’s love is needed for a healthy self-worth.

As she prepared to launch the podcast, she wrestled with the idea that she would be discussing both her own mental health and her HIV status. She turned to her family, a week before the podcast was due to air.

“I was the first to discuss my mental health,” Lexi says. “But once I did, my mom opened up about hers. Her struggles with depression and anxiety. My mom had her reservations about me talking about my HIV, but we did it.” The conversations were therapeutic for not only herself, but her loved ones. Armed with a new sense of purpose, the first episode of God+Girl hit the airwaves on Valentine’s Day 2019.

“My mental health only became an issue after my diagnosis,” Lexi explains, reflecting on the impetus for the podcast, a period when she wrestled with bouts of depression and anxiety. With her outlet now streaming for an audience of listeners who understand that struggle, she feels more at peace.

“I had to learn my self-worth all over again,” she says. The response to God+Girl has been glowing, with Lexi’s message of “getting to know who you are and walking in your God-given purpose.”

Though her online community platform may not yet have come to fruition, the community of God+Girl listeners has itself grown organically over the last year. To them, she preaches tolerance of one’s self, self-love, and remaining kind to your mind.

“I know that just like me, a lot of other people who are newly diagnosed have that thought of, ‘Oh my god, it’s a death sentence,’” Lexi says. “That really starts to toy with your mind. It being such a taboo topic, you then feel like you have no one to talk to; as if no one would understand.” Her listeners, she hopes, need not worry about these feelings – she understands.

Working through her own mental health, Lexi has created an outlet to embolden others in the process. While building her brand and forging a stable, loving relationship with her new partner, she remains remarkably humble: The biggest problem she faces these days, as many can agree, is distanced learning in the age of COVID for her son, now 8 years old – and thriving.

Lexi B. can be found on Instagram at @thelexib.